FORT WILLIAM BACK IN THE NORTH CALEDONIAN LEAGUE FOR 2022/23 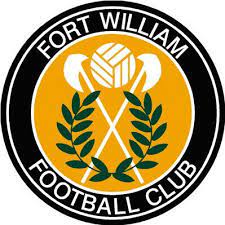 Fort William FC will play in the North Caledonian League for the forthcoming season. They were formed in 1974 and spent the 83/84 and 84/85 (Champions!) seasons in the league before joining The Highland League for the 85/86 campaign.

The clubs struggles both on and off the pitch over recent seasons have been well documented including a BBC Scotland documentary called THE FORT which was very popular.

They finished bottom of The Highland League last season on just seven points and were set to play-off against North Super League winner's Banks O' Dee over two legs but pulled out of the fixture the day before the first game. Last season they played all of their home fixtures away due to problems caused by vandalism at their Claggan Park home.

The club have appointed a new manger for the season in Chris Baffour who previously coached Crawley Town's under 23 team. He has been living in London but will live in the local area and also has plans to bring in some players from London to play for The Fort.

The below is the line-up for the division where only Fort William and Golspie Sutherland are currently eligible for qualification to The Highland League play-off should they win the title.

Golspie are the 2019 and 2021 champions which was their 10th and 11th title win. What a game they have for the opening day of the season as they travel to Claggan Park to play Fort William.

The 2022 Champion's Invergordon travel to Alness United on the opening day before hosting Fort William on Saturday 27th August making it a very tough start for Chris Baffour and his new look squad.