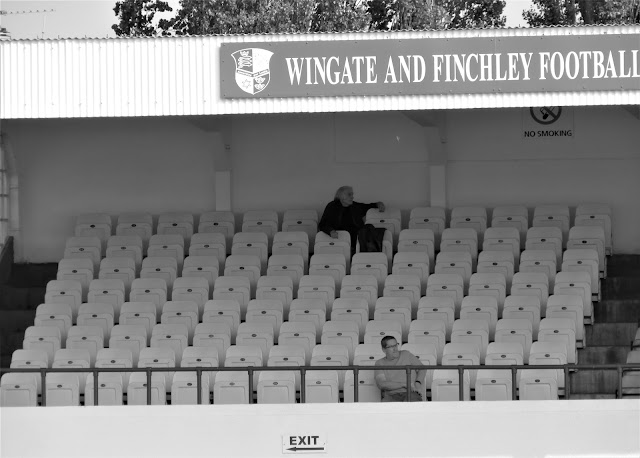 MANY NON-LEAGUE FANS HAVE BEEN SOCIAL DISTANCING FOR YEARS BEFORE IT'S BECOME TRENDY OVER THE PAST FEW MONTHS!

It was Step Six v Step Five action in the Buildbase FA Vase First Qualifying Round yesterday as Enfield Borough, of the Spartan South Midlands League Division One, entertained Tower Hamlets who moved across from the Essex Senior League to the Southern Counties East Premier Division for the 2020/21 season following their move from The Mile End Stadium to ground share with Phoenix Sports FC in Barnehurst.

It was the home sides first competitive game for the season but they came into it in good form with a 6-0 friendly win over Clapton Community FC last Saturday and a 3-1 win against an Enfield Town XI in midweek.

Tower Hamlets had lost in the FA Cup at Langney Wanderers in their season opener and then played four league games losing to Bearsted (1-2), Welling Town (2-3), Crowborough Athletic (2-5) and in midweek at Fisher by a scoreline of 1-3. 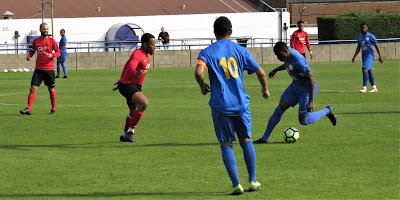 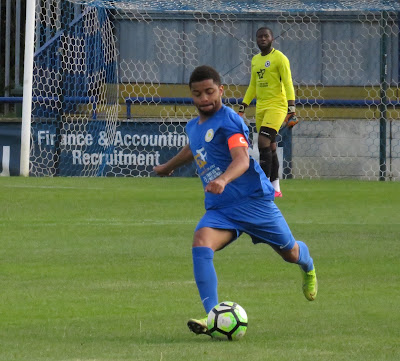 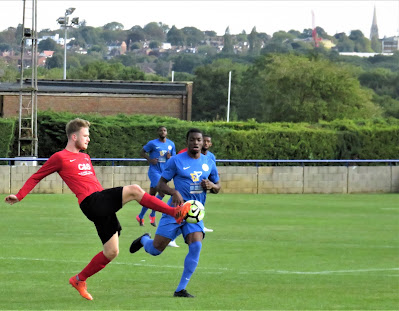 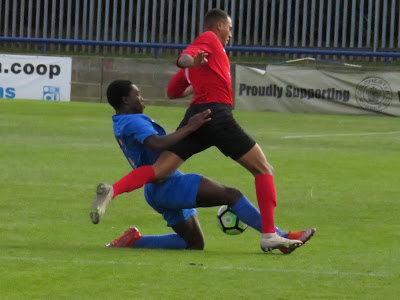 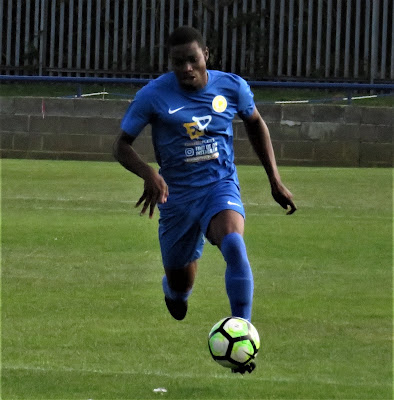 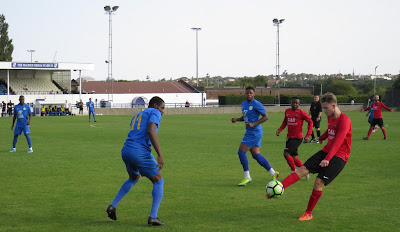 Both clubs have had a similar philosophy over the past few years giving young players the platform to play non-league football with a view to making a step up the pyramid. A great example being 21 year old defender Romoney Crichlow who played for Enfield Borough prior to his move to Huddersfield Town in 2018. He made his Championship debut for The Terriers yesterday coming on as substitute in their defeat at Brentford. Another player is Ali Omar who moved from Tower Hamlets to Barnsley midway through the 2019/20 season. The 21 year old defender is currently a member of Barnsley's under 23 side. Yoan Marc-Oliver also got a move from the East End club to Kosovan second tier side KF Istogu in February 2020.

As expected this was a fantastic cup tie between two very talented sides on a good pitch at Wingate & Finchley where Enfield Borough currently ground-share.

I saw Tower Hamlets in the FA Vase last season against New Salamis in a game I was very impressed with winger Deese Kasinga who has played in the academy system of Newcastle United. It was good to see him playing in this game - He is a fantastic player and I stand by my comments of 2019 that he will play at a much higher level in the future. I think a Step Two or Three team should take a chance on him.

The visitors also had Denilson Carvalho in their line up who looks a quality player. The attacking midfielder has a quality touch and skill when he gets the ball at his feet. He played in between the front line and midfield - He reminded me very much of former Dulwich Hamlet player Erhan Oztumer in the position he plays and the fact he is only small in stature but is clearly as class player. He was in the academy ranks at Arsenal until under 15 level then spent two years with Watford and was with Huddersfield Town up until last season. He was born in Hackney so is local to Tower Hamlets - He will no doubt play at a higher level sooner rather than later. 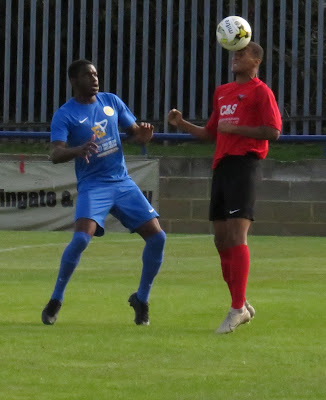 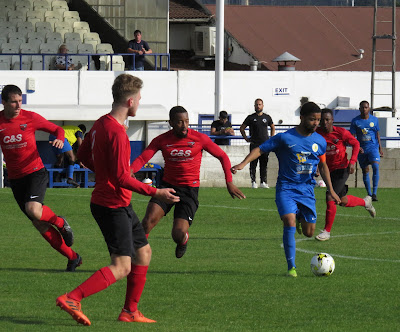 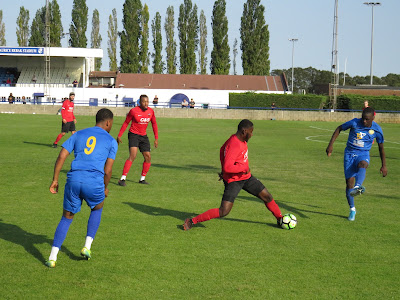 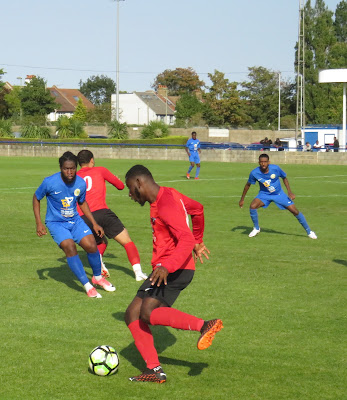 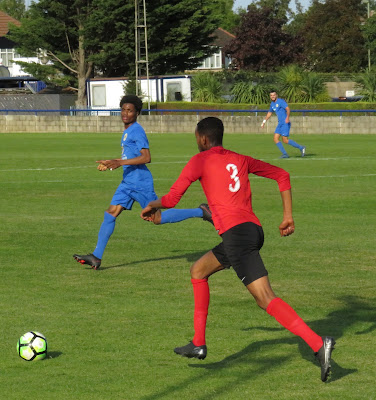 The home side had the best chances of the first half and hit the outside of the post from a free kick but it was 0-0 at half time. They soon took the lead in the second half when Frankie Chandler touched home from close range following a corner. It was 2-0 shortly after when Richard Ennin scored the goal the game which wouldn't look out of place on Match of The Day. His curling shot from the edge of the box looked in all the way and the home side looked on course for victory.

Full credit to Tower Hamlets who came back into the game with Carvalho being the catalyst scoring both goals - one from the penalty spot. With the game at 2-2 it could of gone either way but it was Ennin who directed the ball into the net following a great cross the from the right hand side to make it 3-2 with around ten minutes left.

Carvalho was red carded following a late challenge (It was a clumsy challenge but I personally thought a red was harsh - see what you think from the footage below) on 80 minutes and Borough were reduced to ten men when their defender reached up and grabbed the ball when it looked if it went over him it would be a goal scoring opportunity for the away side.

Tower Hamlets next game is a tough one away at Chatham Town on Saturday who have won all of their games so far this season scoring eighteen goals in the process! They have an FA Cup game at home to Southall in midweek.

Enfield Borough open their Spartan South Midlands League campaign underway next weekend with a home game against Bedford on Saturday.

They have a really tough game in the next round as they visit Essex Senior League side Hadley on Saturday 10th October.

Good Luck to both clubs for the forthcoming season - they are both doing amazing things for young players both on and off the pitch and long may this continue. They also deserve more support so if you're free to watch one of their games why not give them a visit?

Hopefully they can both find homes in their respective London boroughs sooner rather than later. 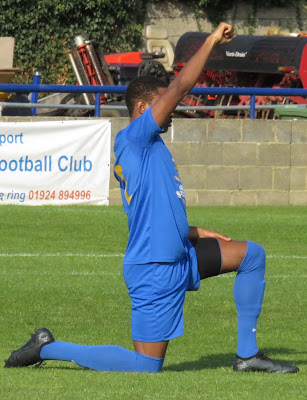 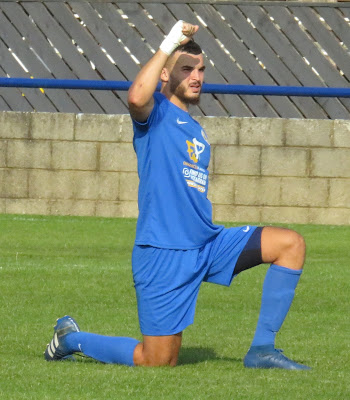 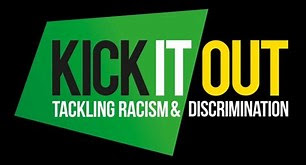