LEMSFORD COME BACK TO SNATCH A POINT AGAINST BUSH HILL RANGERS 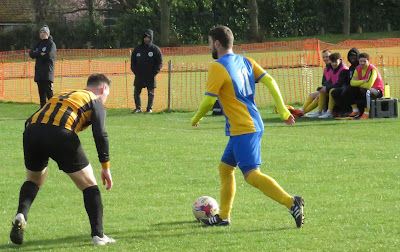 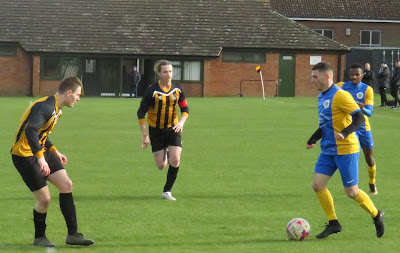 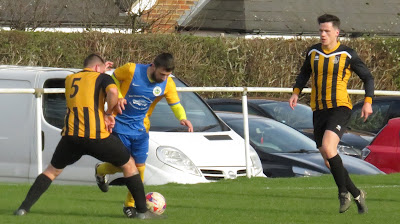 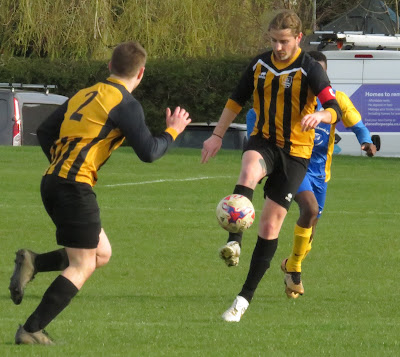 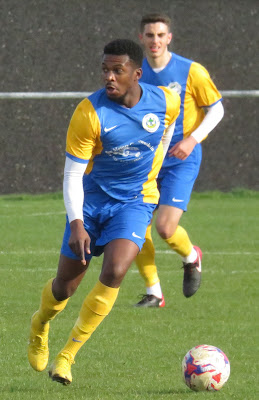 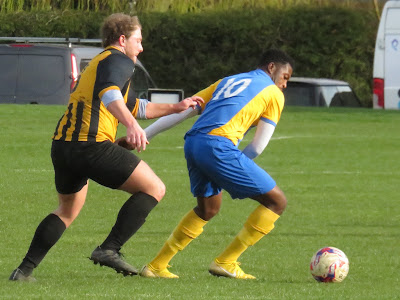 Prior to kick off in Saturday's game Lemsford had won four, drawn two and lost thirteen of their nineteen league games and were third from bottom of the Hertfordshire Senior County League Division One with their visitor's Bush Hill Rangers on sixteen wins, two draws and just one defeat in their nineteen league games played making them many fan's favorites of the title.

It was a wind swept Welwyn Playing Fields which put a chill in the air for those who were watching and made for some difficult conditions for the players throughout the 90 minutes. Bush Hill Rangers were the better side by far in the first half playing some excellent impressive football - it was clear to see why they had only lost one league game so far and I would say they have a number of players who could play at a higher level of football. 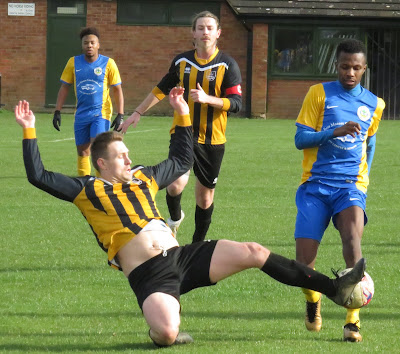 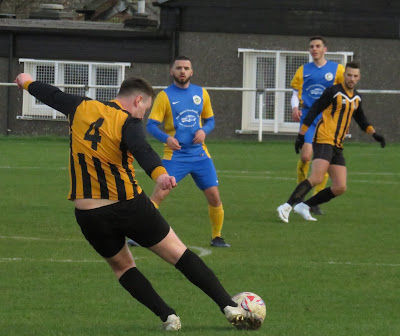 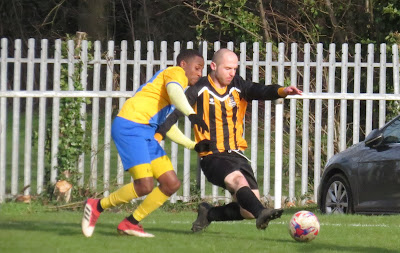 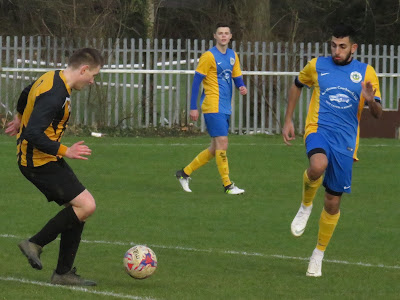 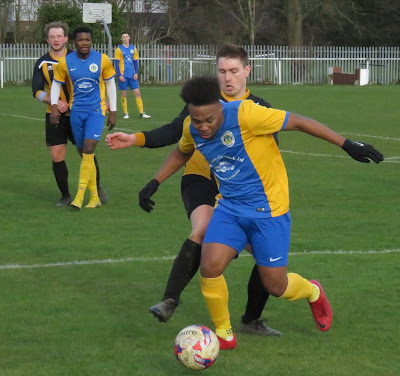 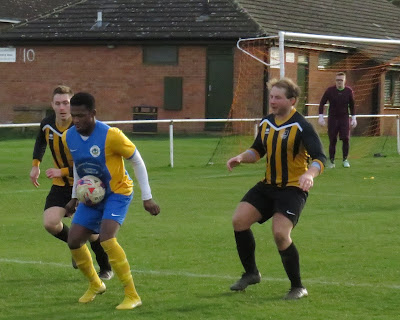 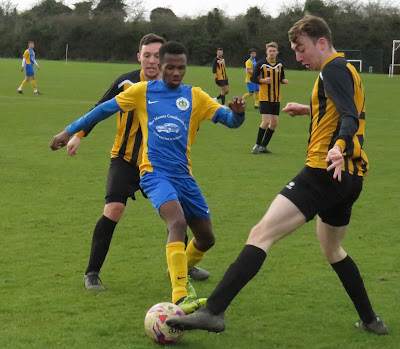 They deservedly took the lead when Claudio Abagnale received the ball just inside the box and despite stumbling he was able to beat a couple of defenders and neatly slip the ball under the advancing goalkeeper.

It was 0-2 when a poor back pass by Lemsford allowed Necati Gench to slot the ball home. It was a real clash of styles as Bush Hill played good passing football and showed some neat skill with Lemsford working hard for each other, defending in numbers and relying on a more direct approach.

In the second half the visitor's created numerous chances but failed to capitalise on them to make the game safe. Lemsford made it 1-2 when a free kick was launched into the box and headed down for their player to finish well with a nice shot.

Then a short while later a long throw into the box resulted in a Ranger's defender clipping a Lemsford player with a late challenge and the referee awarding a penalty. Bradley Marriott scored the spot kick to salvage a point for Lemsford which I would say was their best result of the season so far.

Lemsford were reduced to ten men late on when the referee showed a second yellow card for a late challenge on the right hand side of Bush Hill's half. 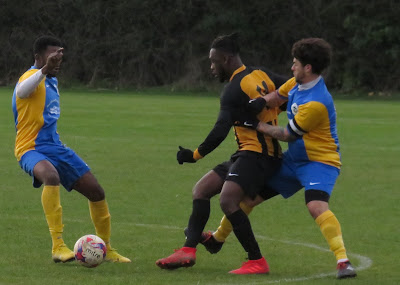 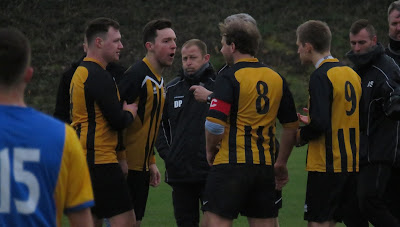 It was certainly was a case of two points dropped by the visitors and one point won by the home side.

Lemsford have a local derby at home to Hatfield United in their next game on Saturday with Bush Hill Rangers entertaining Hinton on same same day in an Enfield derby. As you can see from the below table Rangers have a real chance of winning the title in their first season back in non-league football since 2014/15 when they played in the Spartan South Midlands League Division One. 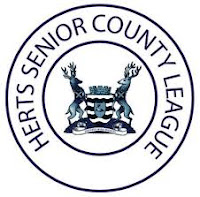