BRIMSDOWN RESCUE A POINT AGAINST UNDER NEW MANAGEMENT LONDON TIGERS 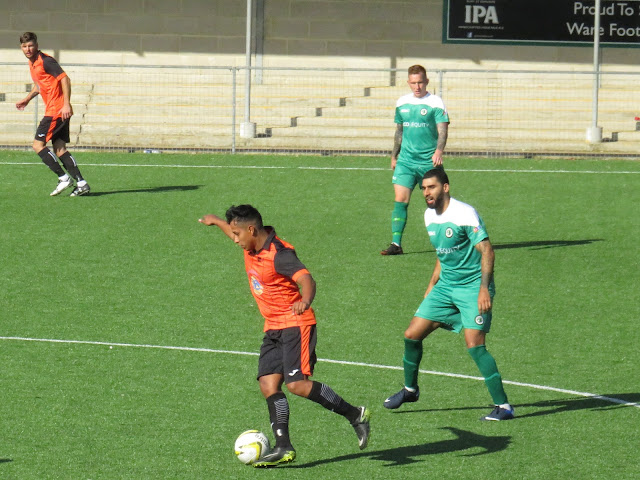 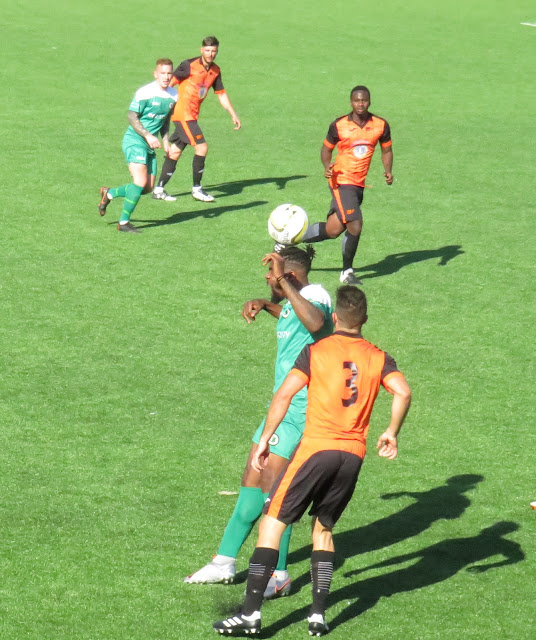 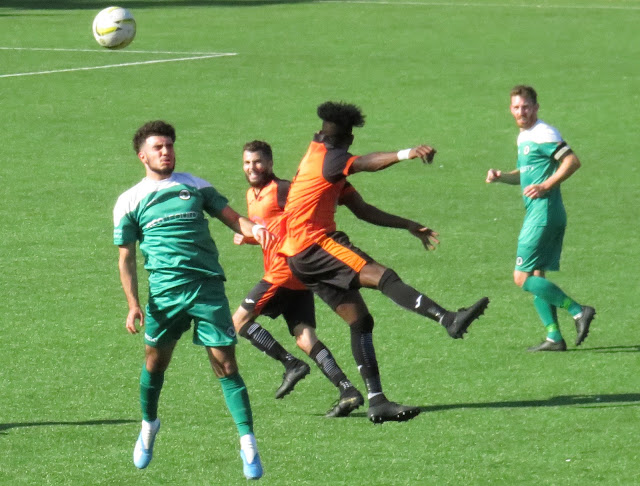 It has been a frustrating start to the London Tigers season in the Spartan South Midlands League Division One with, prior to kick off on Saturday's game at Brimsdown, a playing record of one draw and four defeats in the league alongside exits at the first hurdle of the FA Cup, FA Vase and League Challenge Cup. The point they had won on the opening day of the season at FC Broxbourne Borough had been chalked off as it had been ruled they had played an unregistered player.

They had had former Hayes and Yeading United under 23s boss Dwane Lee in charge but he has left the club and now new man is in the dug out - Details will follow when I find out who he is. 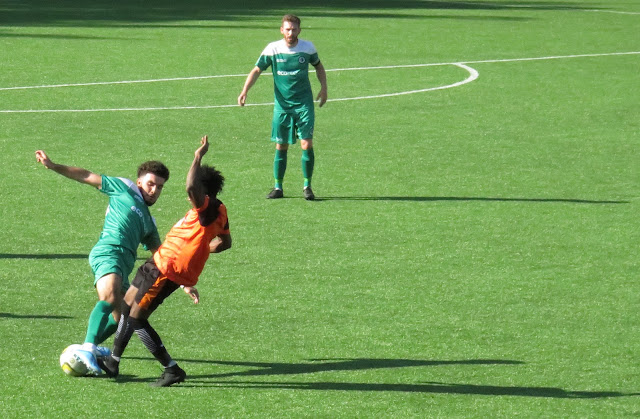 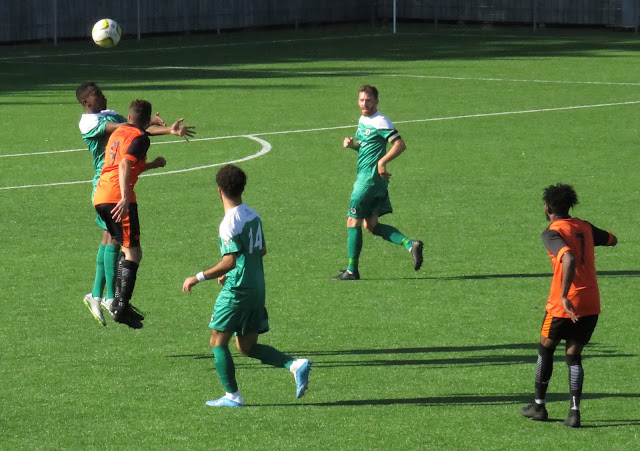 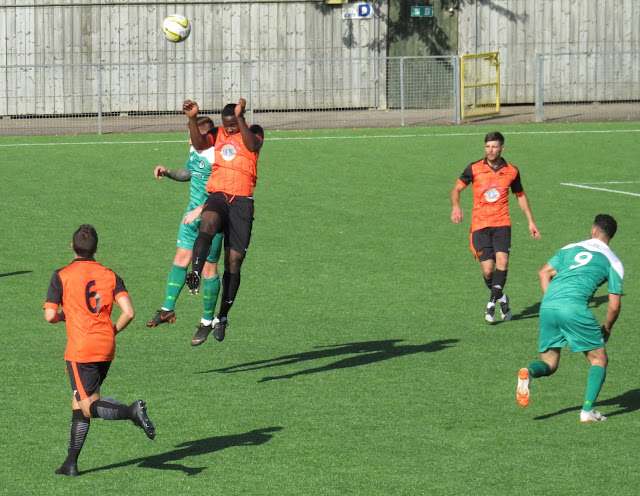 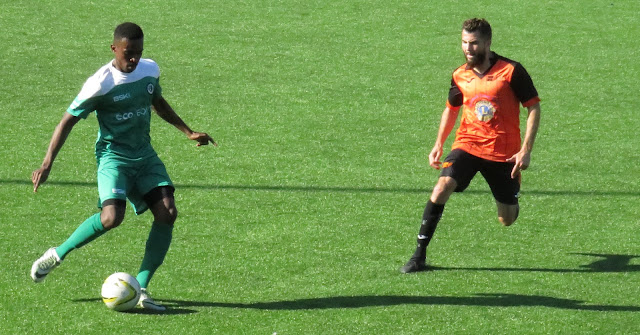 Brimsdown had done a little better. They had been knocked out of the FA Vase by Premier Division London Colney but had league wins against Wodson Park and Park View alongside a great point on the road at high scoring league leader's St Panteleimon.

Brimsdown are still ground sharing at Ware's Wodson Park as the hunt for a ground to call their own continues - Their two previous games have been watched by 38 people (Wodson Park) and 21 (Enfield Borough) so I expected a low crowd at this one but didn't imagine it would be as low as the 10 announced. 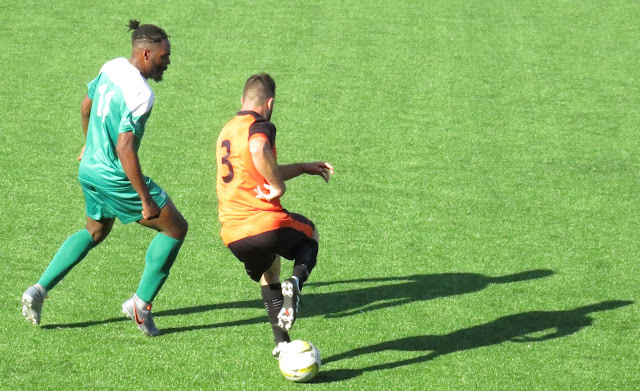 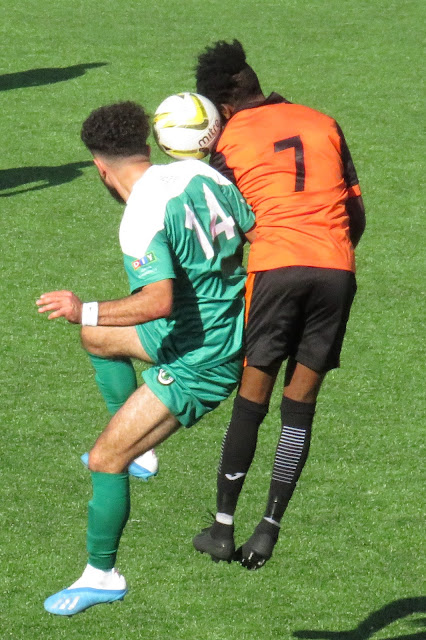 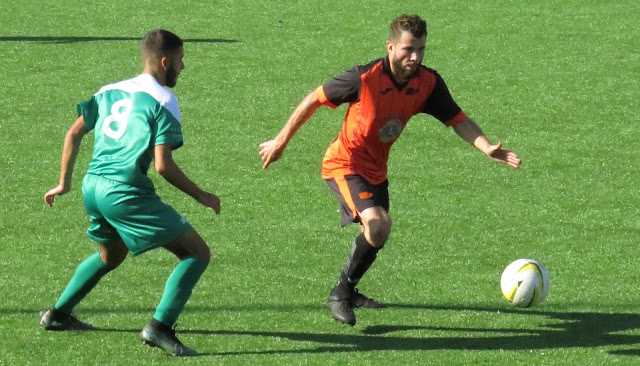 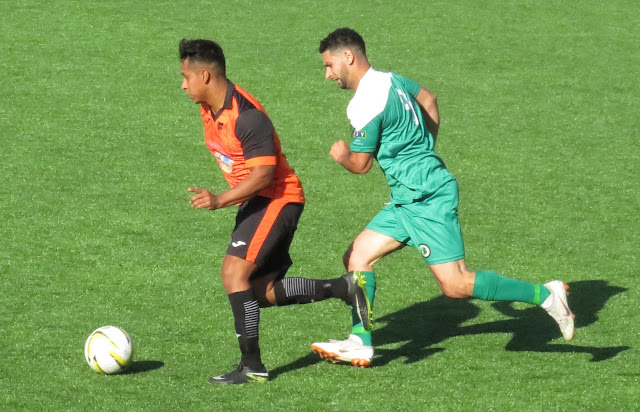 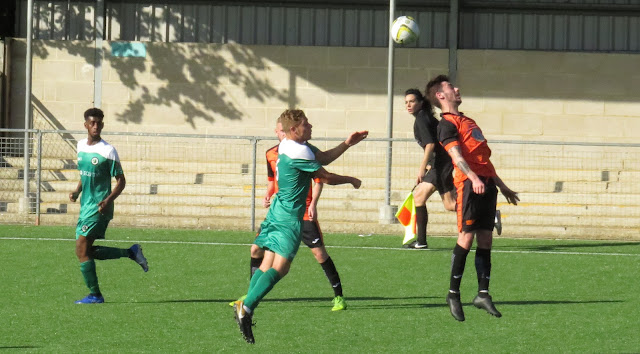 Those people who were in attendance saw a really entertaining exciting game of football between two decent sides.

The Tigers had many new players on show and played good passing football as did the home side who passed the ball out from the back - Although watching early on I did see the Tigers press high on the Brimsdown back line when they played it out early and thought they could force an error as the game went on.

The visitors took the lead through a really well taken goal after a decent interchange of passing allowed their player to lift the ball over the Brimsdown keeper and into the net off the post. 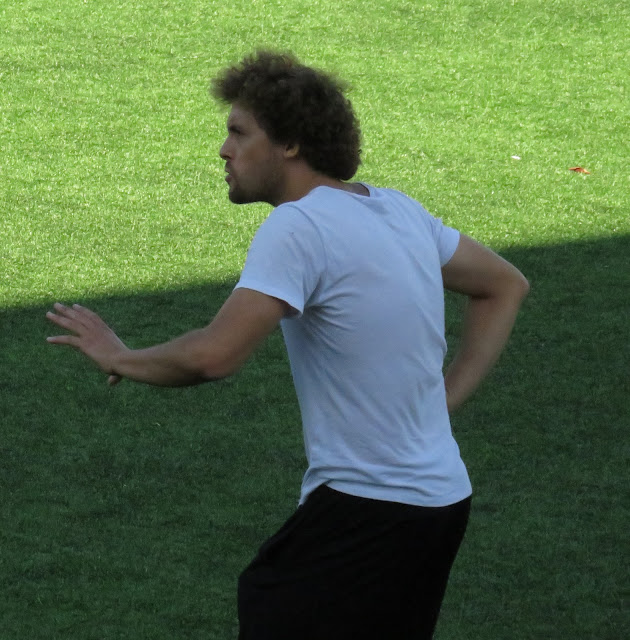 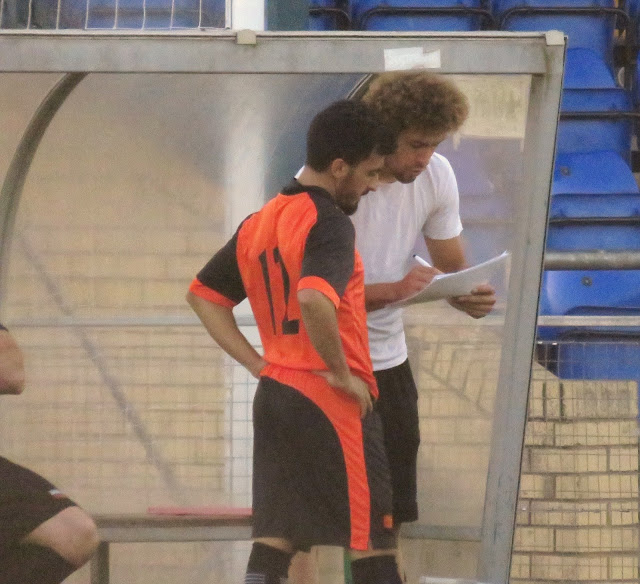 Brimsdown equalised when their impressive left back Ali Hassan scored one of the best goals you'll see all season and it was with high right foot. He was well outside of the penalty box when he smashed the ball into the top corner giving the Tiger's keeper no chance whatsoever.

Just before half time it was 1-2 when the Brimsdown keeper and defenders made that error I thought may come when playing the ball out from the back. The Tigers pressed and a poor pass was pounced upon to easily place the ball into the back of the net to the annoyance of the Brimsdown boss Ahmet Toygun as you'll see from the video.

Toygun registered his dis-pleasure to his team during his half time team talk. Due to the stadium being near enough empty you could hear his raised voice reverberating around their dressing room from underneath the stand. He is certainly passionate about his team! 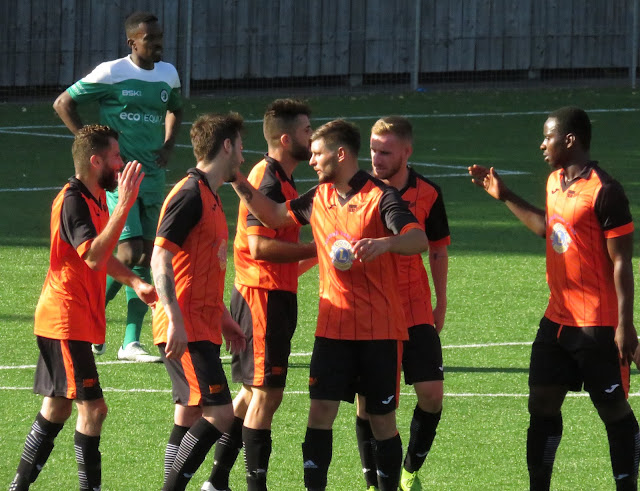 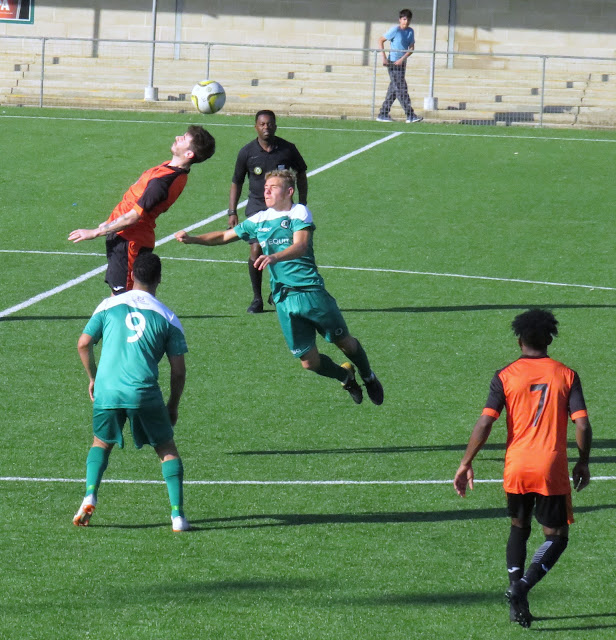 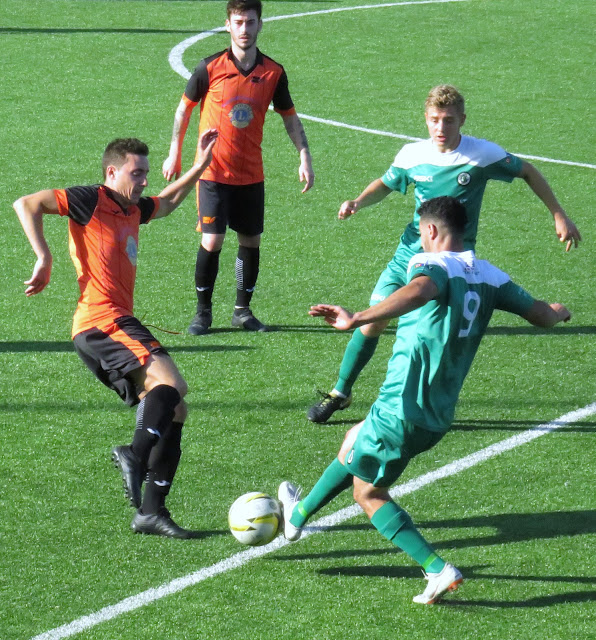 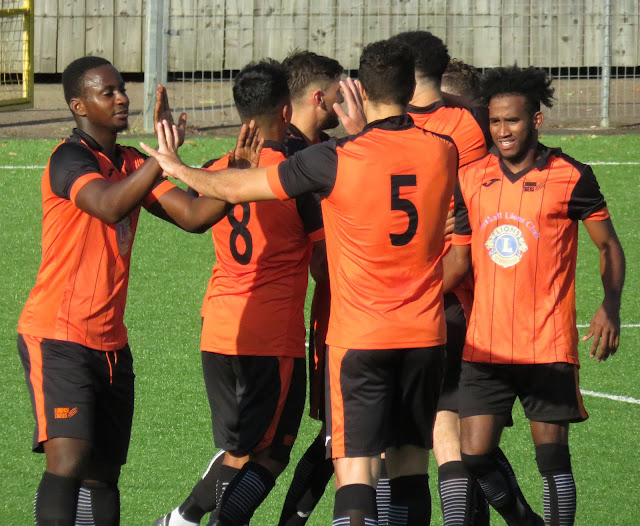 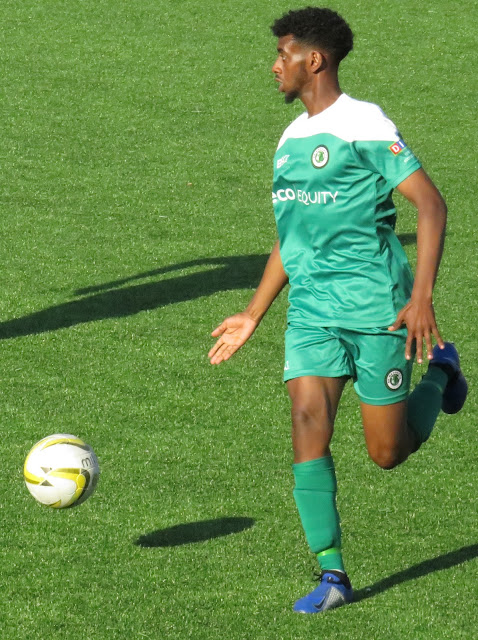 BRIMSDOWN'S ALI HASSAN SCORED A FANTASTIC GOAL DURING THE FIRST HALF 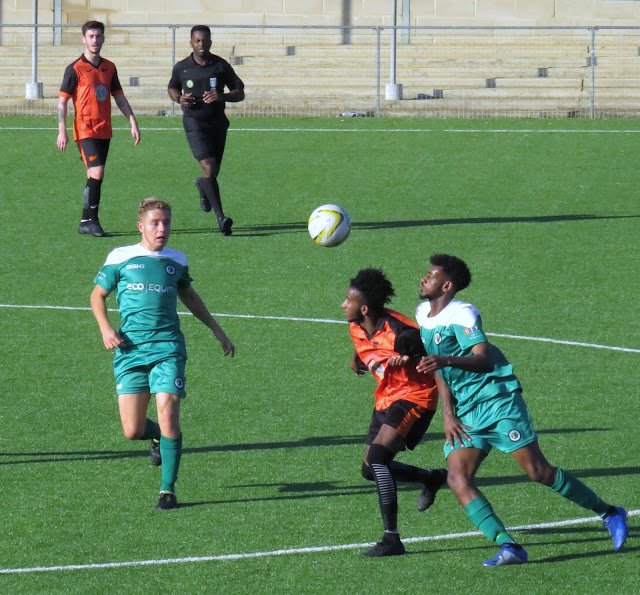 Tigers took a 1-3 lead with a close range effort after a free kick (not captured on camera) before the home side had a chance to make it 2-3 from the penalty spot after a controversial decision by the referee. You'll see from the replay it was a foul but contact was made outside of the box. Justice was done though when the Tiger's keeper made a great save to his right hand side.

It was looking like the visitors were going to win their first three points of the season only for Brimsdown to make it 2-3 and then they were awarded another spot kick right on 90 minutes. There was no doubting this one as it was inside the box and a clear foul. This time the away keeper didn't have luck on his side and the ball hit the back of the net to make the score 3-3. 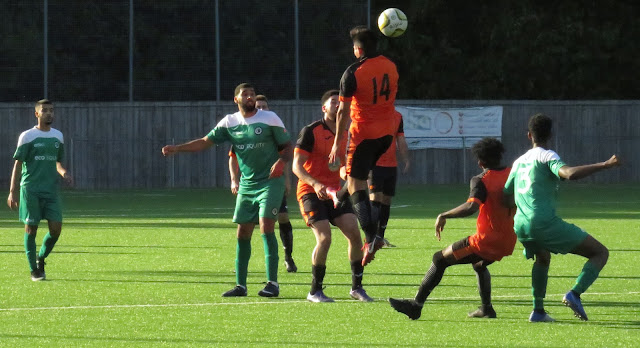 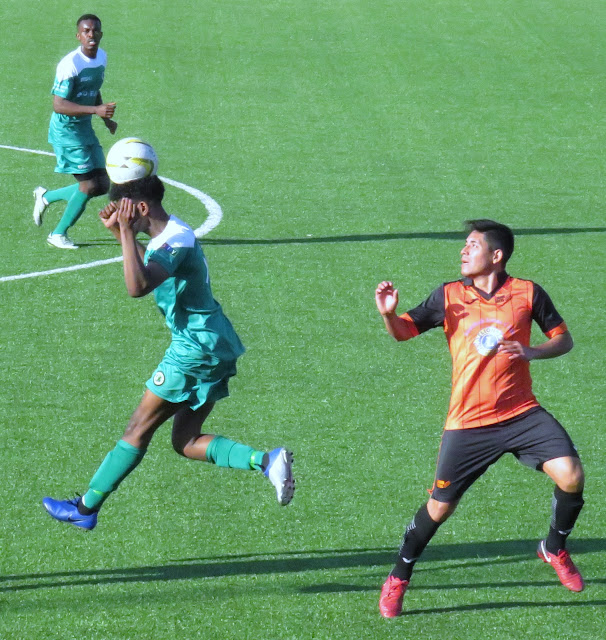 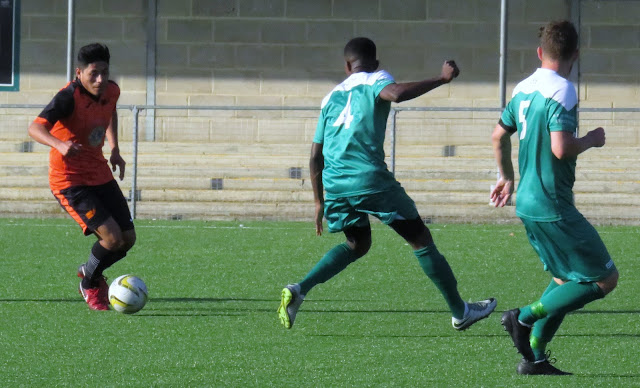 Both sides had chances to win the game even though we were in injury time with both keepers making good saves just before the final whistle was blown. The new management of The Tigers will be frustrated in giving away a two goal lead but on this showing I don't think it'll be too long before they get their first win.

Two of the promoted sides in St Panteleimon and Shefford Town & Campton currently lead the way in the division with London Tigers and Hillingdon Borough the only two sides left without a win.