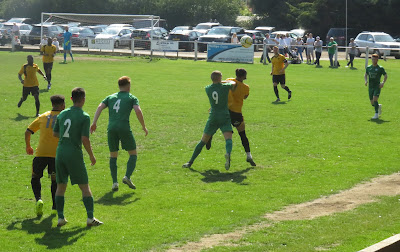 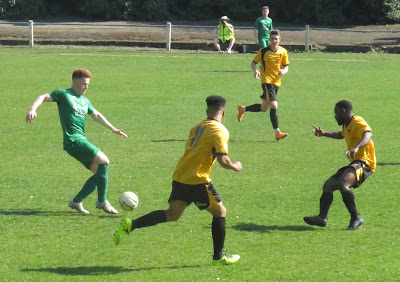 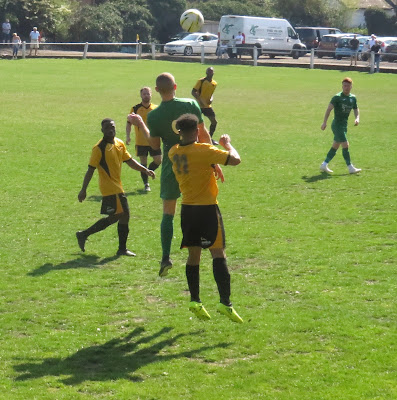 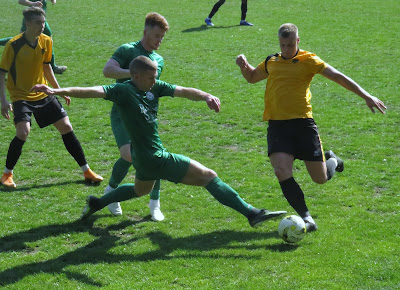 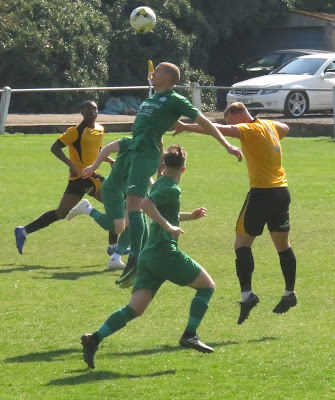 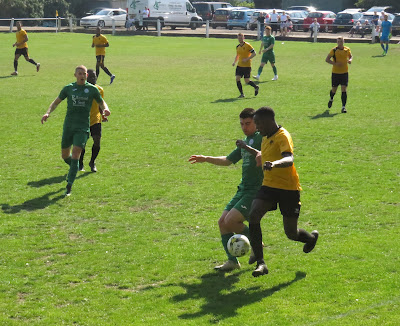 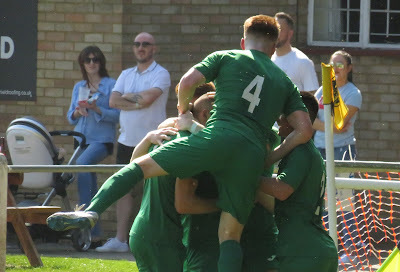 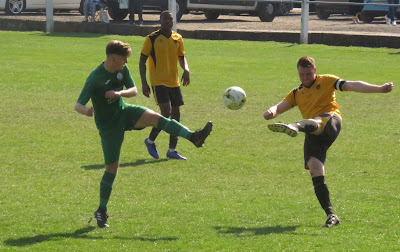 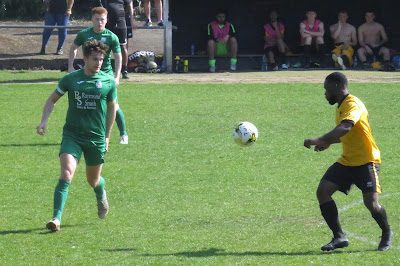 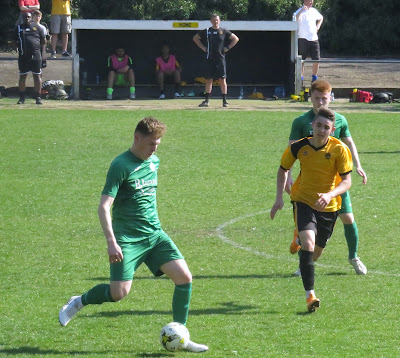 It was a glorious day for Biggleswade Football Club as the first team won the Spartan South Midlands League Premier Division title with a 0-3 win at Stotfold and their reserve side won the Bedfordshire County League Division One title with a 0-4 win at Lea Sports PSG.

The first team's game was watched by a decent crowd of 185 people and it was the visitors who looked comfortable throughout the game. Tom Cookman was a complete menace to Stotfold's back-four until he was substituted on 78 minutes. His work rate was rewarded when his sublime turn in the box and shot past Matt Fallon in The Eagles goal put FC 0-1 up on 23 minutes. Central Defender Benat Pena then put his side 0-2 up with a close range header just before the break. 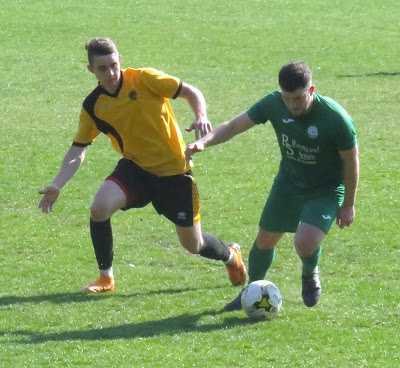 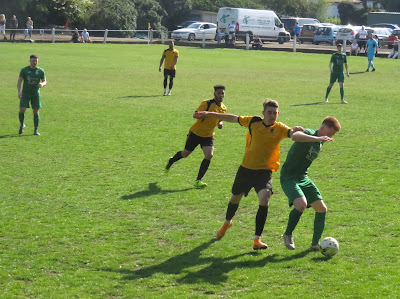 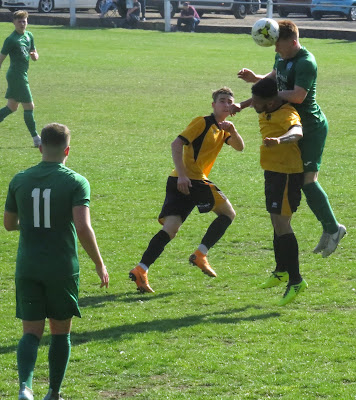 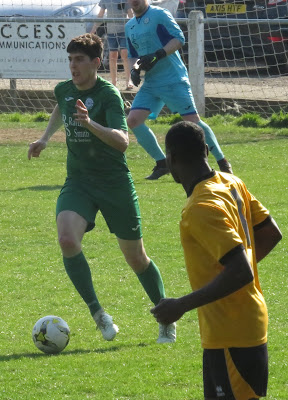 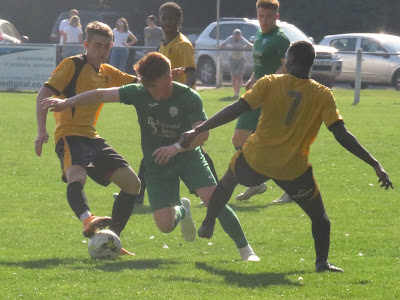 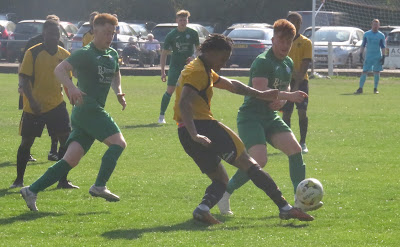 In the second half on a extremely hot day it was the visitors who were dominant and took a 0-3 lead with Lee Northfield's impressive shot from outside of the box.

The final whistle was greeted with scenes of celebration from the players, coaching staff and supporters of the team which was only formed in 2016. I'm sure that there would of been more than a few hangovers in that corner of Bedfordshire this morning. 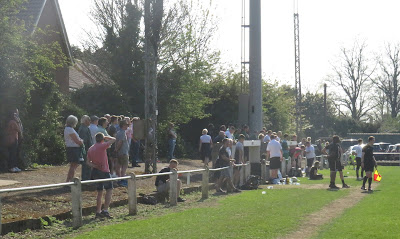 It's a tremendous achievement for the club - I'm sure they'll do very well at Step Four of the non-league ladder next season if they can keep hold of their current crop of players some of whom I think could play at an even higher level.

Their nearest challenger's Tring Athletic had been 1-2 up at Cockfosters with the match drifting into injury time and 'Fosters looking down and out. George Beattie thought otherwise and netted for the home side to keep them in the battle to stay out of the bottom two as shown below. 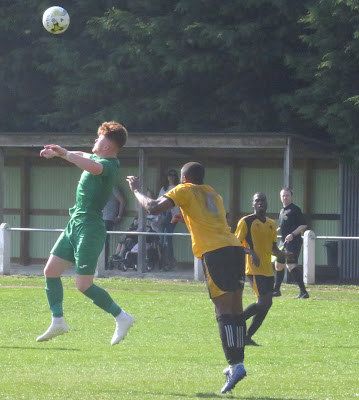 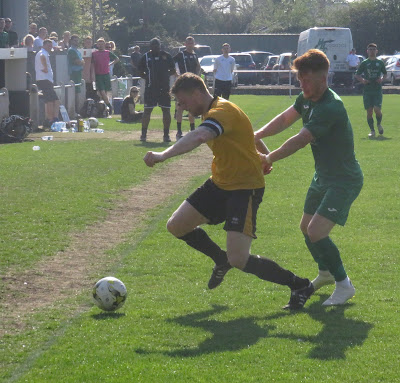 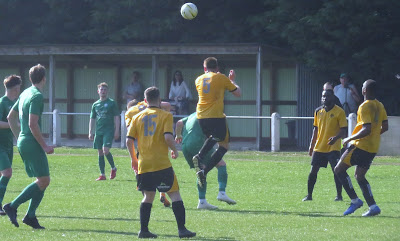 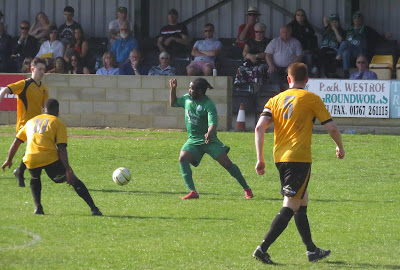 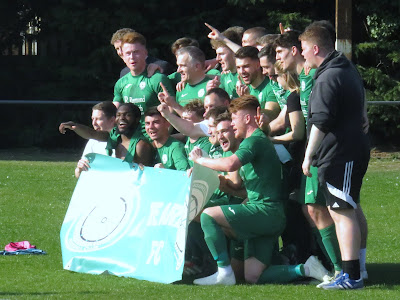 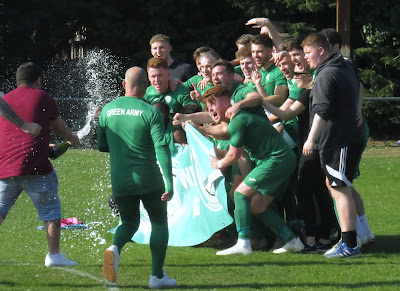 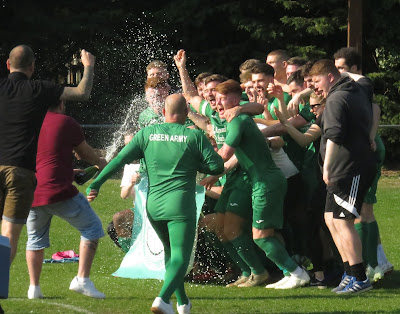 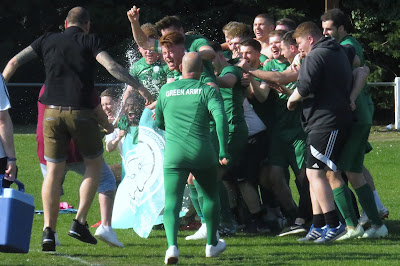 FC have the chance for more silverware on Wednesday evening when they play local rival's Baldock Town in the SSMFL Premier Division Cup Final at Langford's Forde Park before their final league game of the season at Arlesey Town next Saturday. They then play SSMFL Division One side Ampthill Town on Tuesday 30th April at Bedford FC's McMullen Park in the North Beds Charity Cup Final.

MARCE COLLINGTON TALKS TO HIS TROOPS AFTER THE GAME YESTERDAY. IF THE EAGLES COULD STAY UP IT'LL BE A MASSIVE ACHIEVEMENT FOR ALL INVOLVED

With the title race over the focus next weekend shifts to the battle to beat the drop where two of four teams could finish in the bottom two and what a game there is as London Tigers play Cockfosters where all sorts of permutations are possible. The fact Stotfold have a chance of staying up is remarkable and full credit must go to Manager Marce Collington and his coaching staff as when they came into the club in December The Eagles hadn't won a league game!
at 19:40