FOUR GOAL VICTORY FOR THE BULLS OVER BUCKINGHAM ATHLETIC 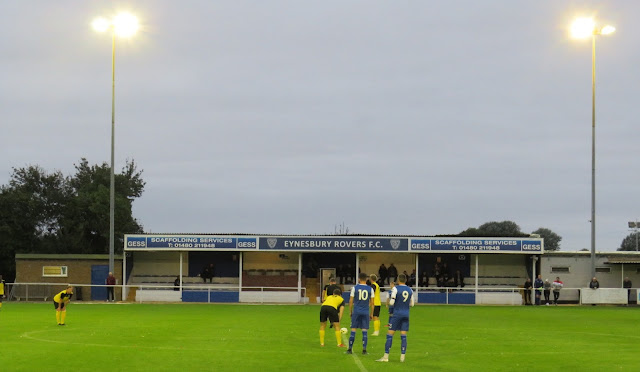 Eynesbury United moved from the Cambridgeshire County League Premier Division to the Spartan South Midlands League Division Two for the 21/22 campaign and prior to kick off to last Tueaday's home game against Buckingham United had made a great start to their season had won games against Pitstone and Ivinghoe (9-5!!), The 61 FC (4-1) and Tring Corinthians (4-0) as well as a narrow defeat 2-1 against Sarratt.

Their visitors had also made a decent start winning 4-2 against Pitstone & Ivinghoe and 3-2 v Berhamsted Raiders as well as a 0-1 defeat against Risborough Rangers Development. 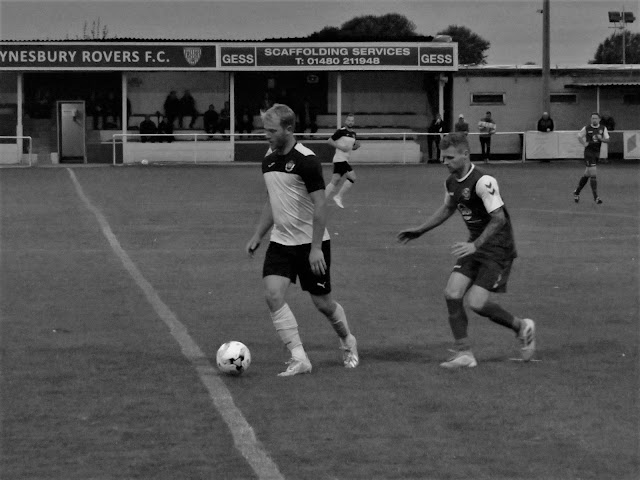 This was an entertaining game between two good sides which was a strange one for Buckingham United as despite playing well at times they came away with a 4-0 defeat.

Shane Fox (2), Owen Dixon and Shae Humphrey scored the goals for the home side. Humphrey's strike was a very impressive one from way outside the box! 83 people saw the game which is a decent amount for Step Seven football.

The Bulls followed this game up with a 2-1 defeat at Aston Clinton on Saturday with Buckingham United 3-2 winners against THE 61 FC (Luton) with Matthew Cruse netting a hat-trick.