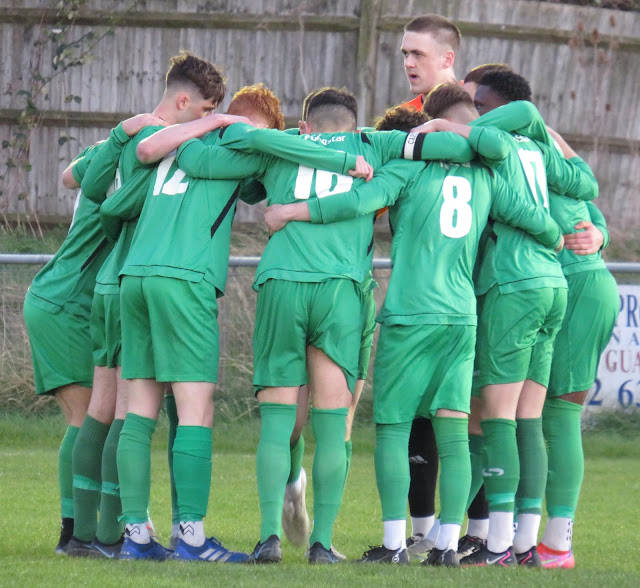 Tring Athletic recorded an impressive 2-3 win at Baldock Town last Thursday evening in the Spartan South Midlands League Premier Division Quarter-Final. It was also an evening to remember for 16 year old Taylor Franklin who made his first start for Baldock Town and scored their first goal.

The visitors were much the better side with the home having to defend in numbers in the second half.  Their second goal was an amazing free kick from outside the box by Ronan Hutchins which if it was scored by a Premier League player would of received endless replays on television. Hutchins is currently on loan at Tring Athletic from Vanarama South side Hampton & Richmond Borough - he has also played for Hendon this season.

The future looks good for Tring Athletic under new manager Ryan Sturgess who was appointed in March after a spell as Assistant Manager with Dunstable Town.

For Baldock Town boss Dave McAdam, who was appointed after the club's 2-2 draw with Arlesey Town in December, it's been a tough season but he looks to have preserved the club's status at Step Five although nothing is fully certain yet - they got a very credible 1-1 draw at MK Irish at the weekend followed by a 4-2 win at home to Ardley United on Wednesday evening.

Both managers are putting their faith in young players which will no doubt pay dividends in the forthcoming seasons.