Hatfield Town welcomed Sandridge Rovers to the Birchwood today  for a Hertfordshire Senior County League Premier Division game. The visitors had made an impressive start to their season winning five and losing just two of the games - The defeats coming at home against Ware Sports and away at St Albans City Reserves.

The Stagz had won two, drawn one and lost four of their seven league games played prior to kick off. Its was the home side who won by 2-1 with the half time score being 1-1.

The game was refereed by Joanne Horwood who I thought did an amazing job and let the game flow well. A fantastic official who is one of the best I've seen so far this season.

The Stagz host Belstone next weekend whilst Sandridge Rovers get a chance to get back to winning ways with a game at Hoddesdon Town Reserves on Tuesday evening and then a trip to Cockfosters Reserves on Saturday 2nd October.

A win at The Stewart Edwards Stadium in midweek would see them go top of the table. 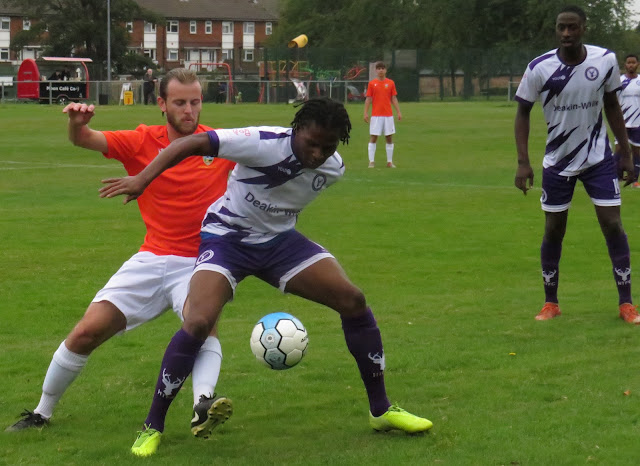 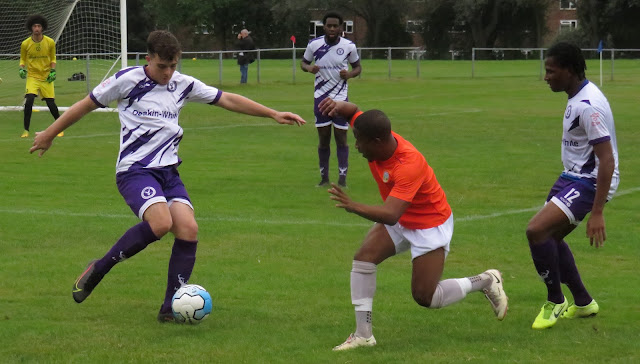