THE EAGLES EARN A HARD FOUGHT THREE POINTS AGAINST THE ROMANS

The Eagles were promoted from the Hertfordshire Senior County League for the the 2021/22 season and prior to kick off in this game had played five games with two wins (at home against Northampton Sileby Rangers and away at Buckingham Athletic) along with three defeats at Stotfold and at home to Long Crendon and Thame United Reserves.

Irchester United, who have transfered from the United Counties League Division One, have had a difficult start to the season having to play all their game away from their home ground at Alfred Street which they share with the local cricket club. They had had one win at fellow struggler's London Tigers along with defeats to Wellingborough Whitworth, Long Crendon, Penn & Tylers Green, Bedford and Langford prior to this game. 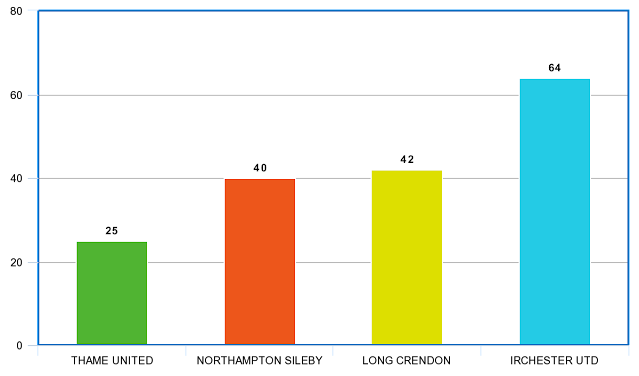 What was brilliant to see on the night was the crowd of 64 people which included a good number of neutrals and ground-hoppers on a night when there were plenty of other games taking place in the local area including FA Cup replays. The 64 is well up on the 25 people who were present on the opening day of the season against Thame United Reserves. The population of the Hertfordshire town is around 33,000 people so I think it would be great to see them break the 100 mark at some point this season especially in the local derby games against Langford, Stotfold and Shefford Town & Campton.

This was a tight game which was scrappy at times which was won by Nikolay Rusev's well taken goal for the home side in the first half and will also be remembered for the worst kit-clash I've seen since Tokyngton Manor visited Kentish Town in 2012. The Eagles started with their usual blue and black stripes with the visitors in purple which under the floodlights was rather confusing. Thankfully the home side were able to source some yellow shirts for the second half. 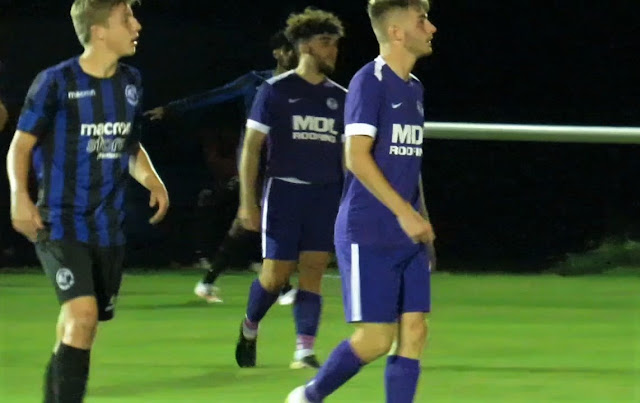 It was great to see Glenn Draper superbly marshalling the home defence at the youthful age of 43. The experience and knowledge the former Colney Heath, Hertford Town, Hatfield Town and Hoddesdon Town player is passing down to the young players (some of them less than half his age!) in The Eagle's side will be invaluable for them in their forthcoming careers.  Glen, who turns 44 in February, has told me he had no plans to hang his boots up just yet. 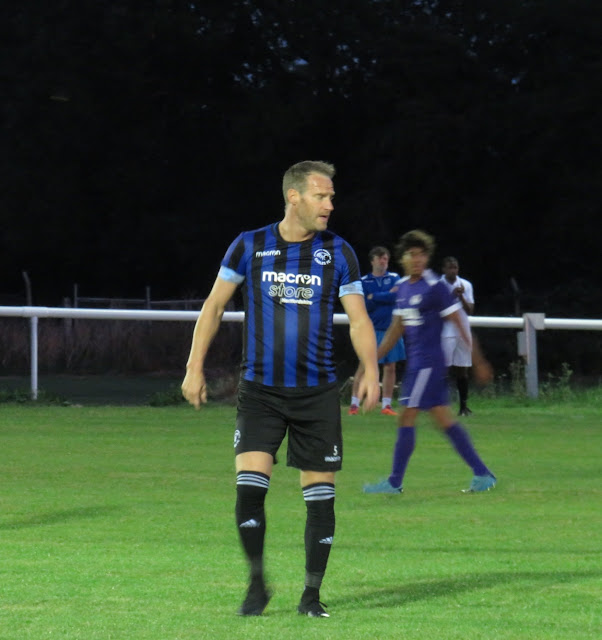 Maybe he may rival current Leverstock Green manager Fergus Moore, 49, who has been an unused substitute for this season and will no doubt make a few appearances along with his Assistant Manager Scott McGleish, 47, who has started two games and been subbed on in two so far this this. Draper has started in five of the six league games The Eagles have played so far. 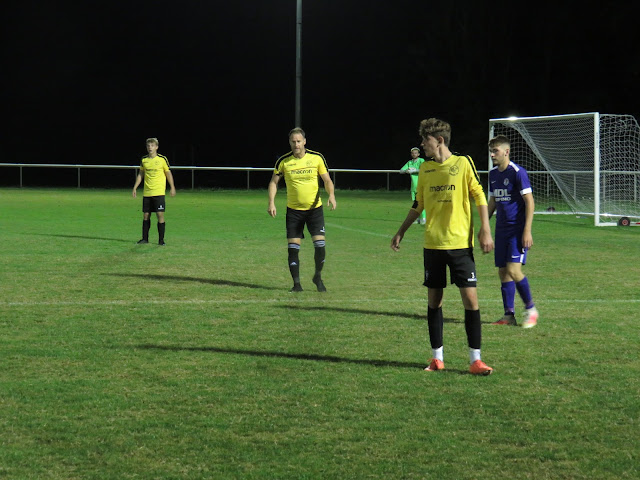 THE EAGLE'S YELLOW KIT HELPED IN THE SECOND HALF

The Roman's manager Mark Forrest can take many positives from this game as his side never gave up and fought until the very end to get something from it. They suffered another heavy defeat today in the FA Vase in their first home game of the season losing 1-5 to Hillingdon Borough. Their next three league games come at home firstly in an ultra tough game against current league leader's Stotfold next Saturday - they will be well up for the game and looking to banish the memory of their 1-5 FA Vase defeat at home to Essex Senior League side White Ensign yesterday. They then face Burton Park Wanderers and Thame United Reserves.

The Eagles host Rushden & Higham United on Saturday 18th September before two local away days at Shefford Town & Campton and Ampthill Town. Jason Valentine and his coaching team are building an exciting young side at Pixmore - they won't finish top this season (of course they wouldn't of expected to!) but they will surprise a few teams along the way. 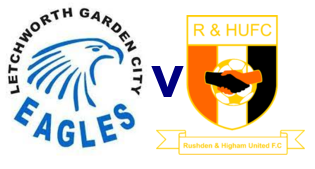 If you live in Letchworth and are reading this why not pop along to Pixmore and give you're home town team some support - there is a bar and clubhouse where you can get a drink prior to and after the game.