A COMFORTABLE VICTORY FOR BOWERS & PITSEA AT ARLESEY TOWN 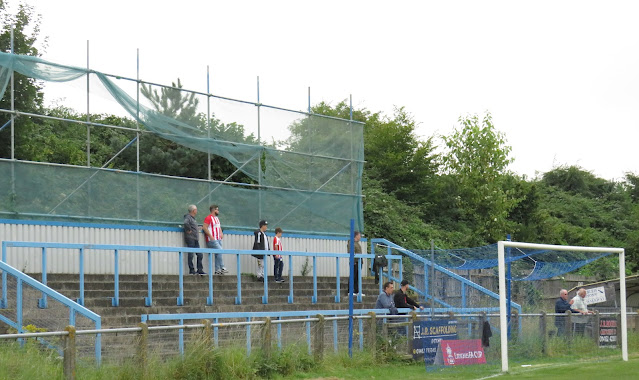 It was Step 5 v Step 3 in the Emirates FA Cup 1st Qualifying Round on Saturday as Arlesey Town hosted Bowers & Pitsea in a game that many fans thought could be a potential upset as the visitors had conceded 11 goals in their 4 league games played with 3 defeats and a draw so far.

Arlesey Town had beaten Thetford Town (4-3) and March Town United (3-2) to get to this stage with an amazing 4-6 victory at Oxhey Jets on the Tuesday evening prior to this game.

Bowers showed what a good side they are by dominating the game from start to finish with target man striker Lewis Manor bagging a hat-trick in the first half - two came from the penalty spot but his third was excellent. He took the ball down with one touch and lofted it past Ryan Hillyard  in the Arlesey goal from outside of the box. Dan Trendall on the left hand side of midfield also stood out with his positive driving runs into the box. The half time score was 0-4 with the home side improving in the second half only conceding Danny Norton's late goal on 84 minutes. Tobias Braney came on for Bowers in the second half and looks a good player - He hit the post playing on the left hand side of midfield replacing Trendall on 79 minutes.

Bowers reward for the win is an away tie at fellow Pitching In Isthmian League Premier Division side Bishop's Stortford. Their fans (pictured above) amongst the crowd of 124 people were very happy standing on the Arlesey Kop in the Second Half.

Bower's Manager Rob Small who has been in charge of the club since the summer of 2014 and overseen two promotions, reaching the fourth qualifying round of the FA Cup and getting to a FA Vase Semi-Final during his time with the club will no doubt take this positive result and look to get three points in their league game at home to Wingate and Finchley on Saturday. 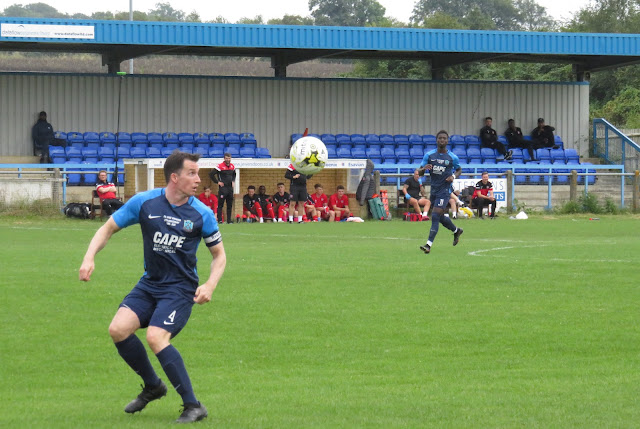 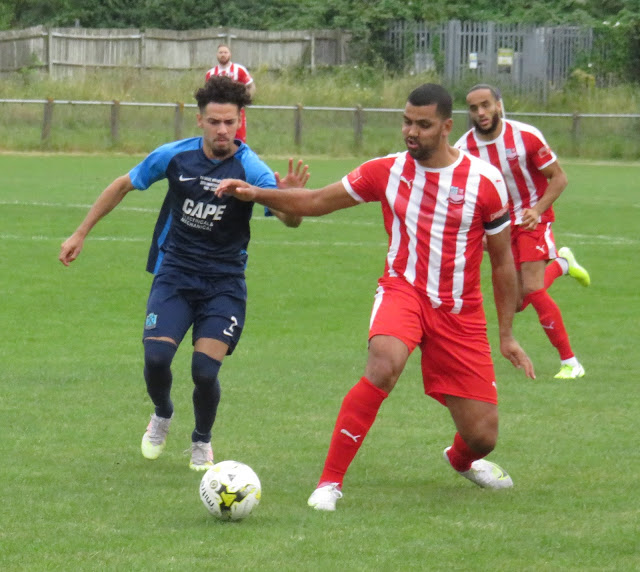 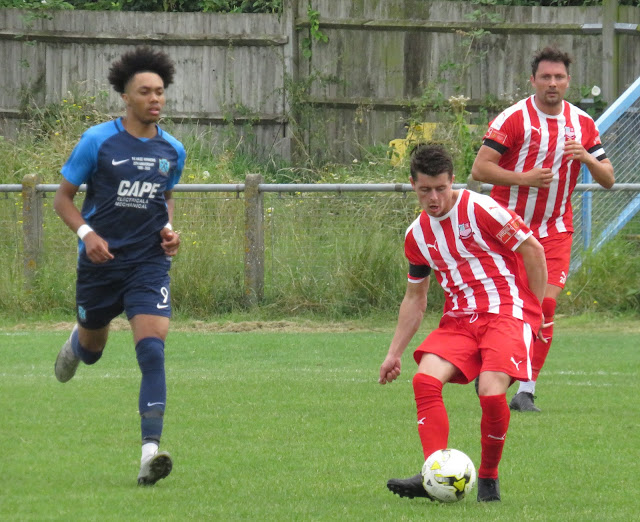 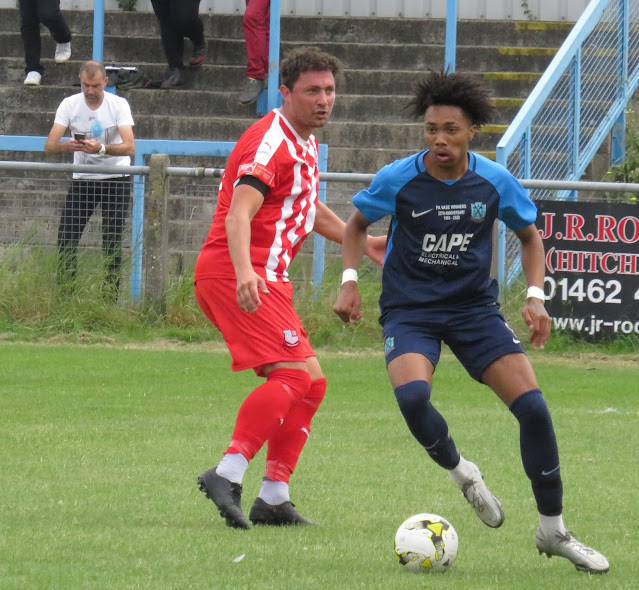 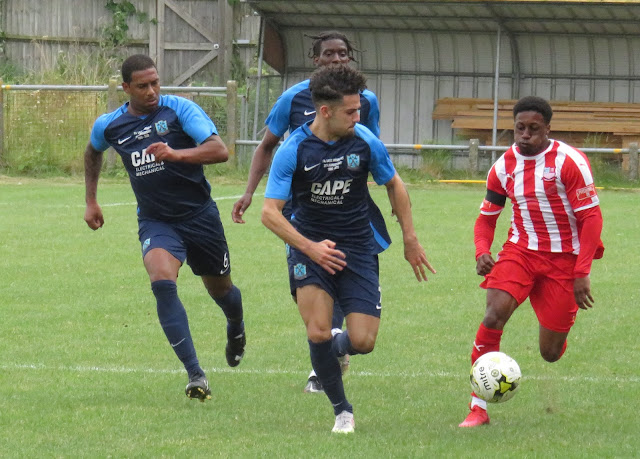 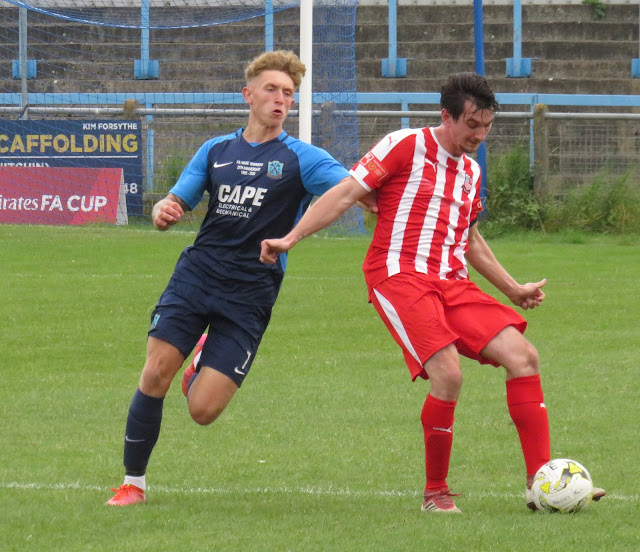 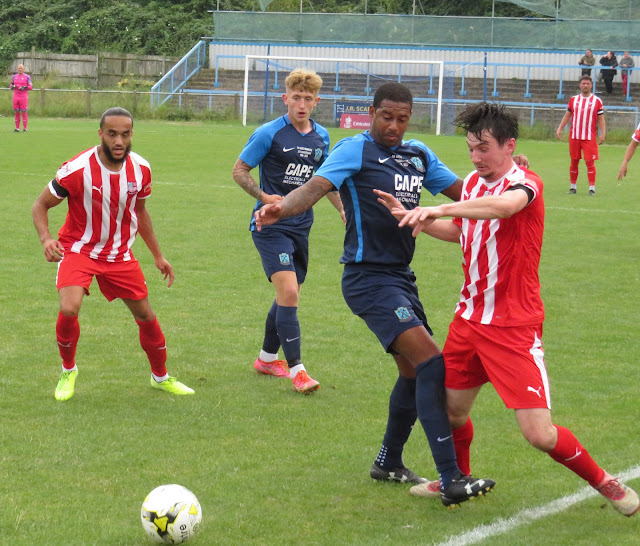 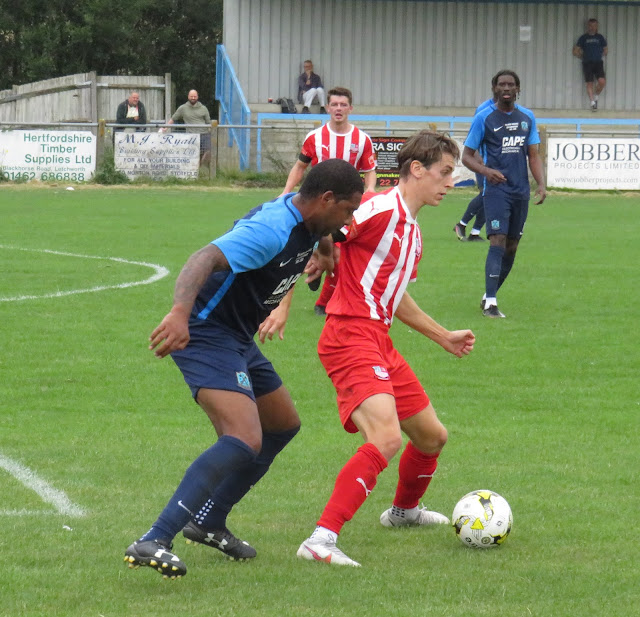 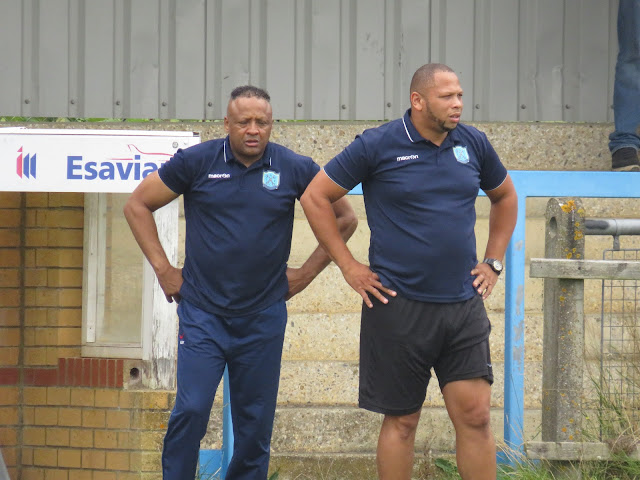 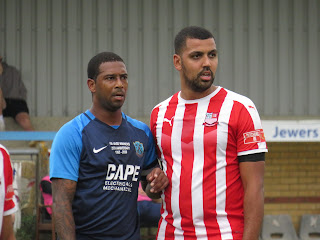 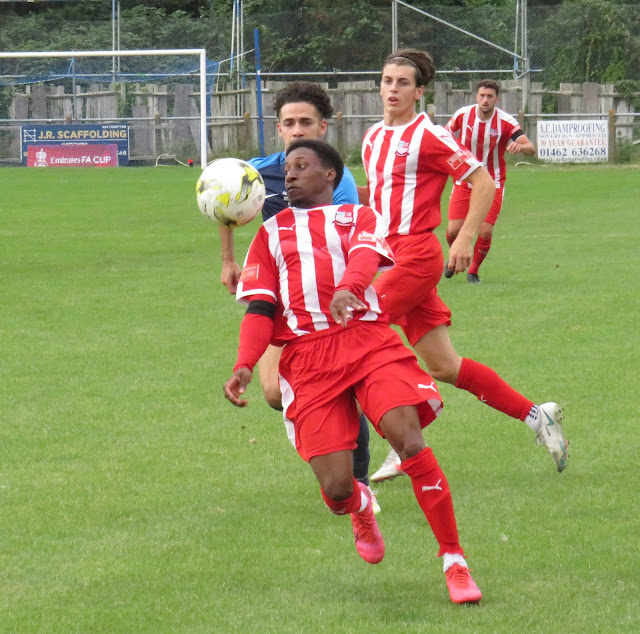 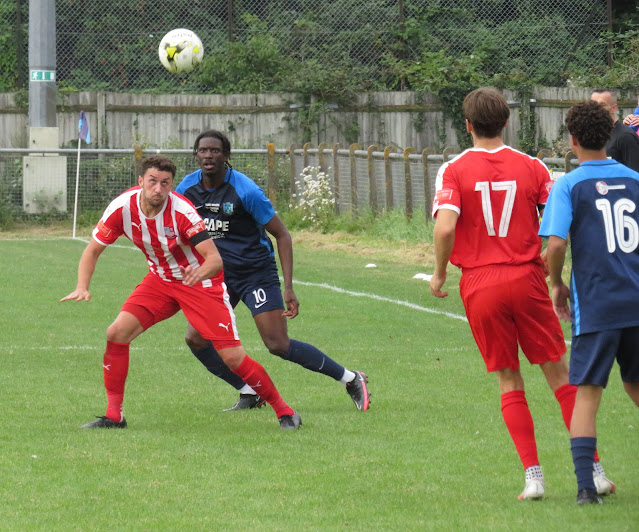 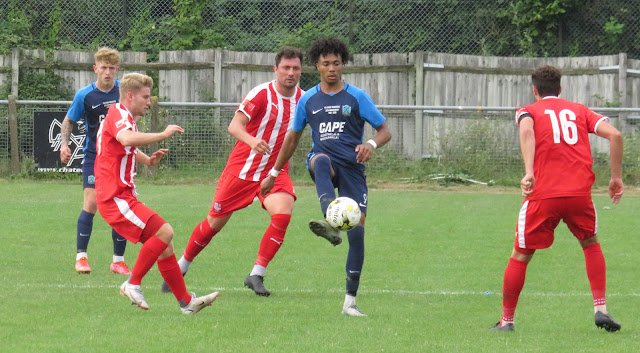 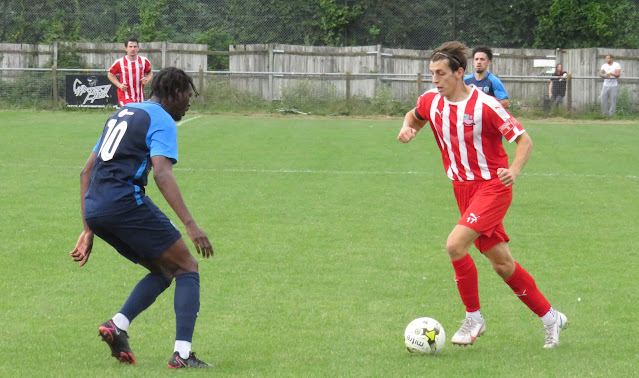 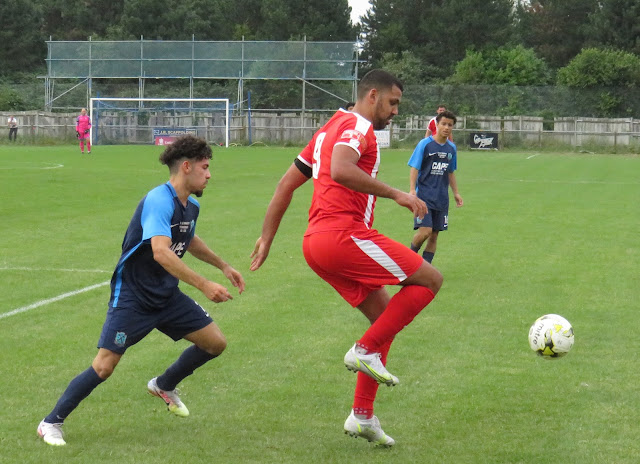 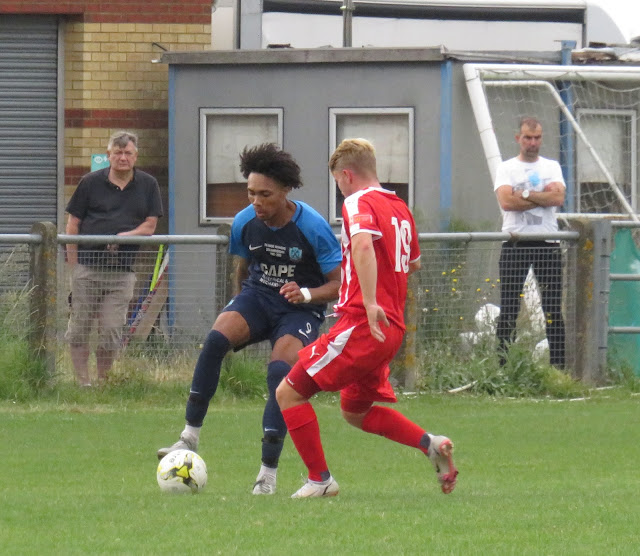 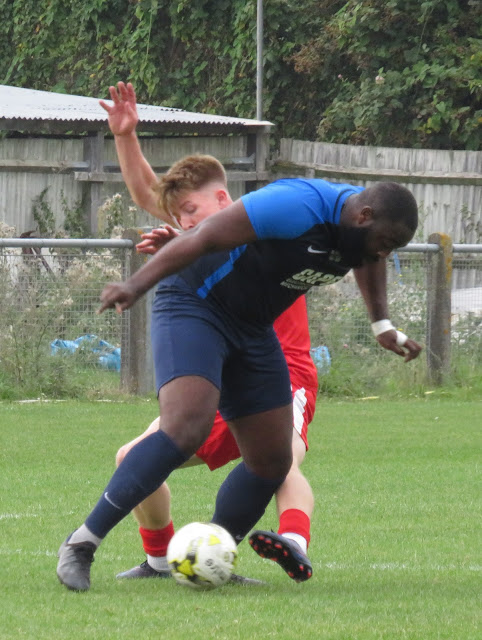 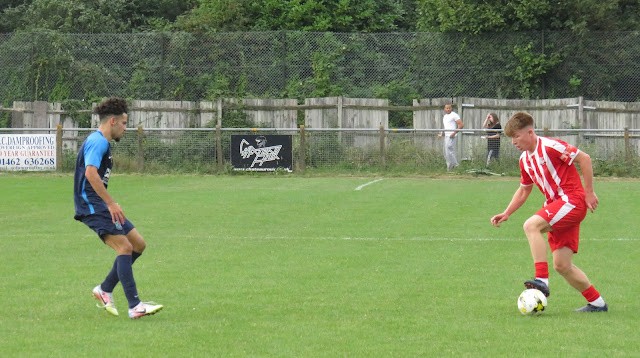 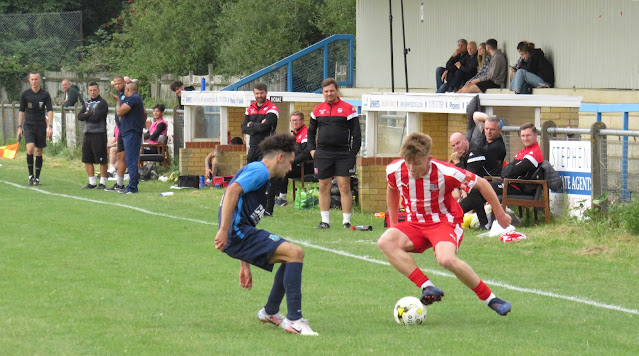