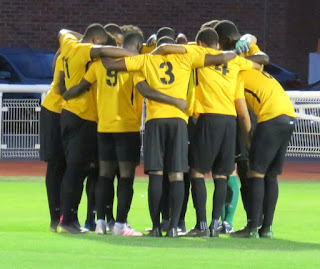 It was Step Six v Step Five of the non-league ladder on Friday evening as New Salamis of the Spartan South Midlands League Division One entertained Tower Hamlets of the Essex Senior League in the Buildbase FA Vase Second Qualifying Round.

A crowd of 73 people saw an entertaining game between two very good footballing sides. The visitors have a very young squad for this season with three of the players in this game aged 21 and the rest aged either 18 or 19 years old.

The visitors could of taken the lead in the opening few minutes when Suaibo Balde let fly with a shot from outside of the penalty box which unluckily struck the angle of post and bar.

It was 1-0 a short while after when Irnti Rapai (who has played for Weston-Super-Mare at Step Two level) shot home from close range. Both sides passed the ball around impressively but the score remained 1-0 until late on in the game when New Salamis substitute Josh Grantham scored with a curling shot to make the game safe and send his side through to the next round.

Tower Hamlets were unlucky not to get on the score sheet with Deese Kasinga really impressive going forward from the wings. He has lots of intricate skill, fantastic control and pace which is coupled with him not afraid to take players - I watched and thought he could easily play at a higher level than step five. It was no surprise to read he has been on the books at Newcastle United and
Brentford along with having trails at Ipswich Town, Norwich City and Aston Villa this year.  He turns 19 years old in December - If I was a manager in the Isthmian League or Vanarama South I would be signing him up straight away.

Khalil Kirwan-Meade who played at centre-back but usually plays a defensive midfielder also looked very comfortable on the ball and his ball distribution was first class.

New Salamis's reward for their victory is another home tie in the first round against SSMFL Premier Division side Eynesbury Rovers. 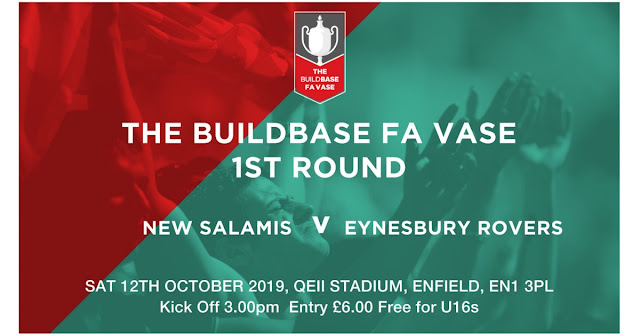 Tower Hamlets 'travel' to Sporting Bengal United tomorrow evening for an ESL local derby game before hosting Saffron Walden Town on Saturday. Next Tuesday they have a really interesting London Senior Cup game against League Two side Leyton Orient - I'm not sure what sort of team The O's will send but it'll be a tremendous opportunity for Hamlet's young side to impress - who knows maybe one of the Orient scouts will notice Deese Kasinga and sign him up? 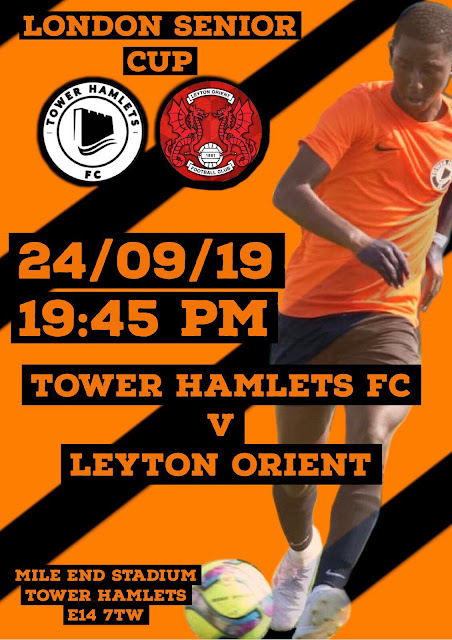