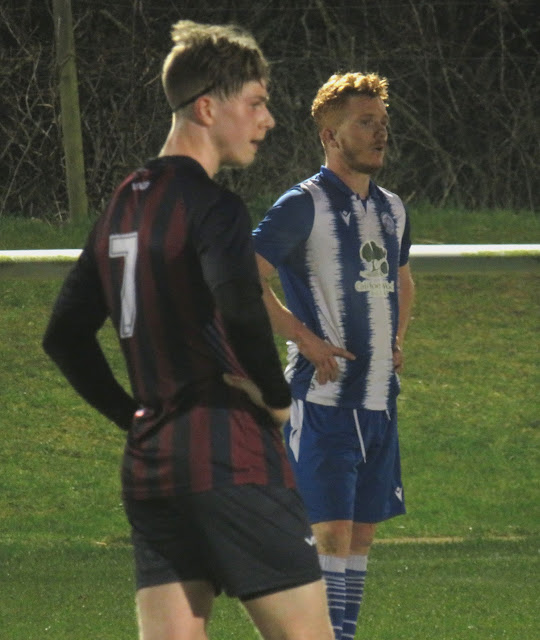 The home side are having a fantastic season under the management of Kane Dougherty being currently fourth in the table and in with a chance of a play-off place by finishing in the top five.

Bedford FC have made headlines by being taken over by Bitcoin businessman Peter McCormack in December with plans to be renamed 'Real Bedford' from next season and to rise up the football pyramid,.

Former Bedford Town, St Neots Town and Arlesey Town manager has been appointed manager of Bedford FC after Jason Goldman and his assistant Martin Wells left the club following the take-over. They also still have a chance of a play-off place in the league currently being in seventh position.

As indicated by the final score of 0-0 the game wasn't a classic in anyway shape or form with the home side having a chance to score from a goal mouth scramble in the first half and former Hitchin Town, Hemel Hempstead Town and Biggleswade Town left midfielder Jonny McNamara the stand out player - He had a penalty shout (shown below) in the second half which has divided people on social media with some saying it should of been given and some saying not!

The only other incident of note was Shefford's former Baldock Town, Langford, Stotfold and Welwyn GC player Paul Morris being sin-binned late in the game by referee Joanne Horwood.

With the game ending all square there was a penalty shoot out with Shefford goalkeeper Reece Lewis the hero saving one and scoring the winner to make it 5-4 to delight of the home fans amongst the crowd of 73 people present.

Shefford followed this win up with a 0-1 victory at Thame United Reserves on Saturday and have a busy week ahead with a trip to Rushden & Higham United tomorrow evening followed by Long Crendon at home on Saturday and another midweek away game at Burton Park Wanderers next Tuesday.