EARLY GOAL WINS IN FOR WOODFORD TOWN AGAINST CLAPTON FC

It was a low key affair between Woodford Town and Clapton in the London Senior Cup First Round last night. The home side had the best of the possession and took an early lead via debutant James Jewers. Clapton grew into the game but their cause wasn't helped when two players came off with injuries during the first half. One of the substitutes in midfielder Trentino Fabio Petrella looked sharp and created a few half chances for his side. The Tons had one really good chance to equalise in the second half but a close range shot was put wide with the Woodford keeper doing well to put off the Clapton player.  All in all Woodford deserved the victory and move into the second round of the competition. A crowd of just 36 people watched the action.

Clapton Football Club are without a ground at the moment having left The Old Spotted Dog - They are currently ground-sharing at Aveley's Parkside ground. With Thurlow Nunn First Division South side May and Baker also sharing it's got to be the busiest ground in the local area. This weekend May and Baker host Brightlingsea Regent Reserves on Friday evening - they also have a home game tonight against Burnham Ramblers. On Saturday Aveley host Grays Athletic in a Velocity Trophy game kicking off at 1pm followed by Clapton v Saffron Walden Town at 4pm.

Woodford Town travel to St Margaretsbury on Saturday before two home games in a row at Harlow Town where they are currently ground sharing awaiting for their new home at Ashton Playing Field is developed. They host Clapton in a league game on Friday 11th October and then Sawbridgeworth Town on the following Friday 18th October. 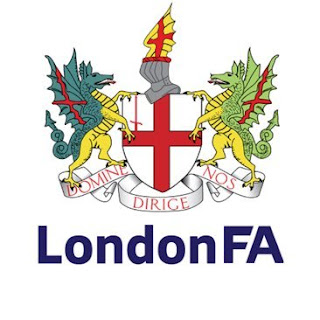