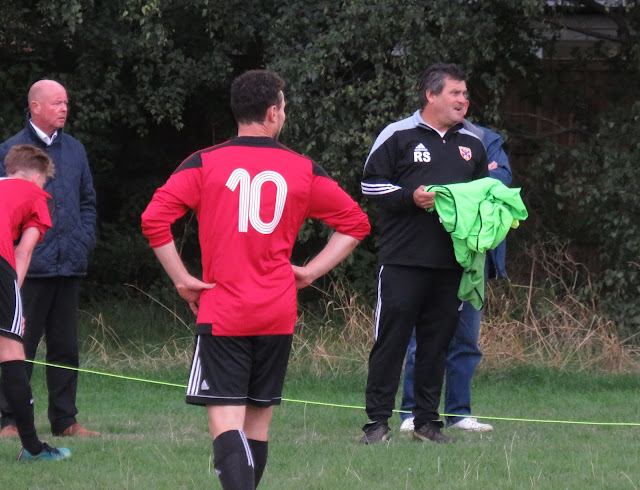 Gamlingay welcomed Orwell for a Cambridgeshire County League Kershaw Senior A division match last Wednesday evening. There was a decent crowd for this game at the Gamlingay Eco Hub with Orwell travelling the short nine mile journey for the 6.15pm scheduled kick off - as always with these games it started a little later at 6.20pm. There was even a fly past (of sorts) with three planes carrying out some impressive stunts above in the Cambridgeshire sky beforehand. 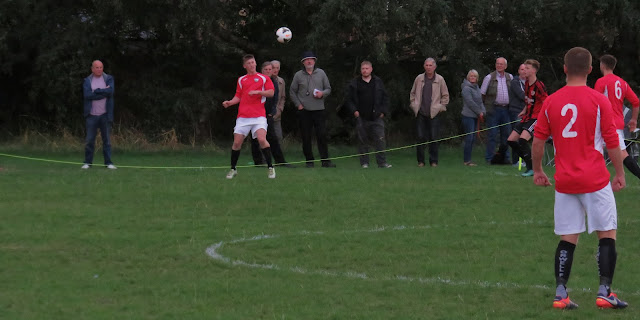 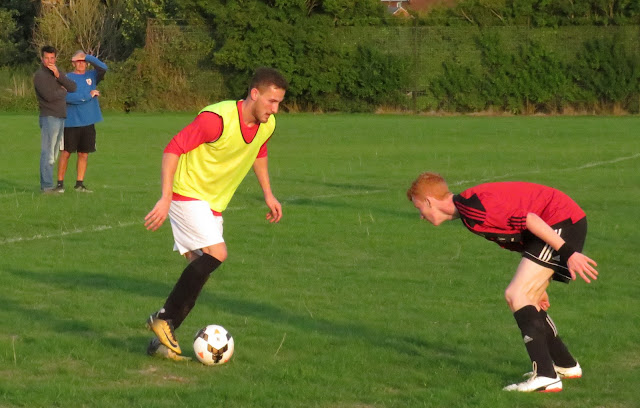 The game kicked off with the home side in red and black striped shirts and the visitors in red shirts for the first five minutes with the referee calling for bibs to be worn by Orwell to prevent kit-clash hence the headline of this article as that's what was said to the referee bringing a bag over to the sideline at his request.

Four goals were shared between the two sides with Orwell getting a deserved late equaliser on the balance of play I think. They carried on the postivety to their Saturday game in which they defeated Fulbourn Institute Reserves 6-1. Gamlingay weren't in action with their next game coming on Saturday 8th September away at Huntingdon United.