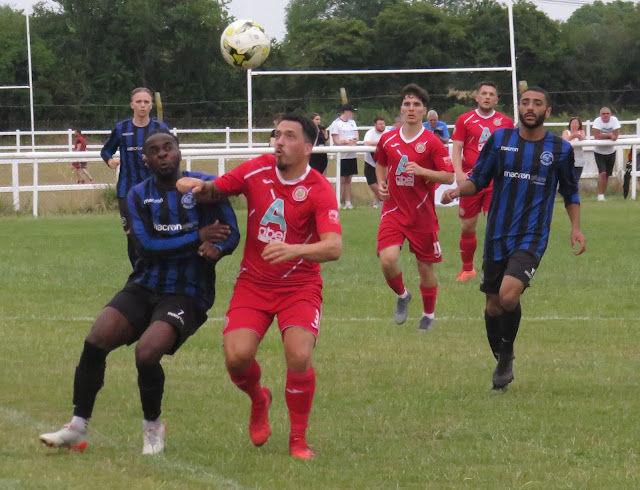 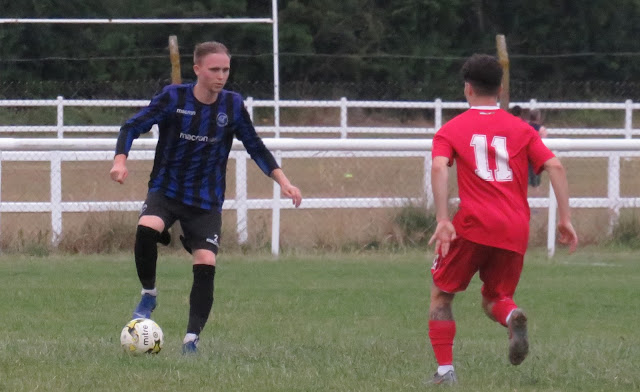 It was Step Six Letchworth GC Eagles hosting Step Four Harlow Town on Tuesday evening in an entertaining pre-season friendly the visitors comfortably won with a goal in either half. The heat wave and hot weather had been tempered slightly before the game there was a sprinkling of rain which lowered the temperature to a more acceptable one for a game.

The Hawks had finished the 21/22 season in seventh place of the Southern League Division One (Central) just missing out on a play-off place - their fans will be looking to challenge for a coveted top five place this season.

The Eagles who had finished a very respectable 12th place of the Spartan South Midlands League Division One last season which was their first at Step Six on the non-league ladder.

Harlow Town looked the better side throughout this game and took the lead via a wonderful left footed striker from former St Albans City left-back Layne Eadie who struck the ball home from the edge of the box. They had the ball in the back of net a few minutes later via a header but this was ruled out for offiside.

The Eagles best chance came just before half time when the Harlow keeper made a good save and the resulting shot was cleared off the line with a last minute slide towards the ball which was trickling towards the net.

Harlow doubled their lead in the second half with a header from a corner. They have some good players - I was impressed with their number 11 - Aleko Aliaj- who looks a very skilful attacking midfielder that's small in stature but can pick a pass and also has a great shot on him. He is only 18 years old and has played for Hayes & Yeading United under 18s & in the Brentford and Panathinaikos academy. I think he's definitely a name to look out for. He made two appearances for the Hayes & Yeading United first team last season.

The Eagles have a good mixture of younger and more experienced players - they will do well in 22/23 and could improve on their 12th place finish last season.