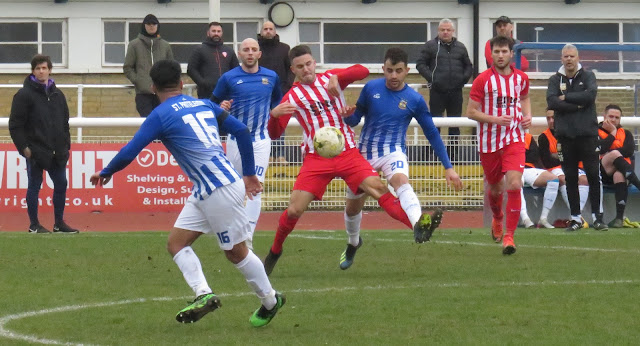 It was second v first in the Spartan South Midlands League Division One today as New Salamis welcomed their rival's St Panteleimon to the Queen Elizabeth II Stadium.

The visitors had a playing record of twenty wins, five draws and just one defeat in their twenty-six games played prior to kick off. New Salamis had played twenty-seven games with eighteen victories, five draws and four defeats.

Both sides have moved to Saturday football across from the Kopa Sunday League in recent years. The Saints were only formed in 2015 and joined the Middlesex County League in 2017... 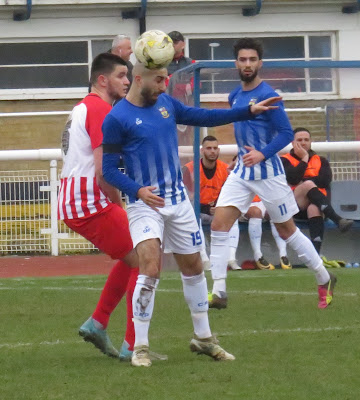 New Salamis were formed in 1971 by fans of the Cypriot club "New Salamis Famagusta" - they joined the Hertfordshire Senior County League Premier Division in 2018 where a second placed finish saw them promoted to the SSMFL Division One for this season.

The game wasn't a classic with the home side scoring in the first half via Phil Lowen and then in the second half via Harrison Georgiou. The Saints had a chance to get back into the game via the penalty spot but it was well saved by the Salamis keeper. The away side put the pressure on towards the end of the game even getting the ball into the back of the net only to be denied by the offside flag.

The win means the two rivals are separated by just three points at the top of the table. There are some amazing games in prospect scheduled over the next few weeks - On Tuesday New Salamis welcome Shefford Town to North London with the visitors needed a win to stay in touch with the top four. Then on Saturday St Patneleimon host MK Robins who also need to pick up wins if they want to have any chance of finishing in the promotion spots.

Then Stotfold travelling to St Panteleimon in midweek on Tuesday 17th March before they entertain New Salamis at their New Roker Park/JSJ Stadium on Tuesday 24th March - On the same night Winslow United go to MK Robins. 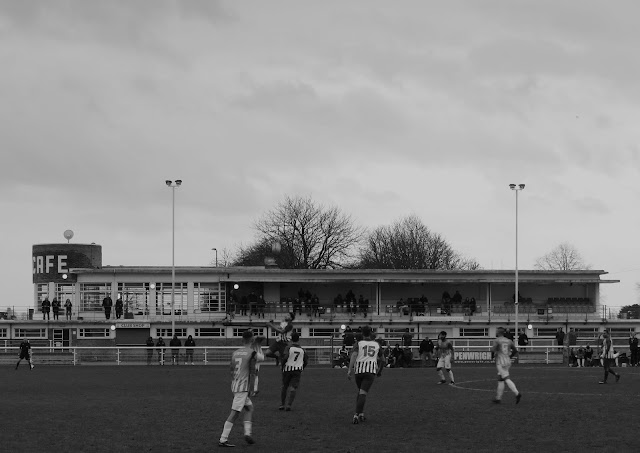 If safe to say both sides, in their debut season at Step Six of the non-league ladder, are having impressive seasons with 88 and 114 goals scored already in their league games. With the top four of the division due to be promoted at the end of the season it's looking highly likely that both will be playing at Step Five for the 2020/21 campaign.

A crowd of 157 people saw the game today. 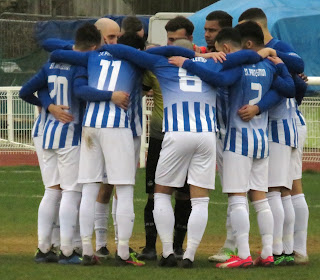