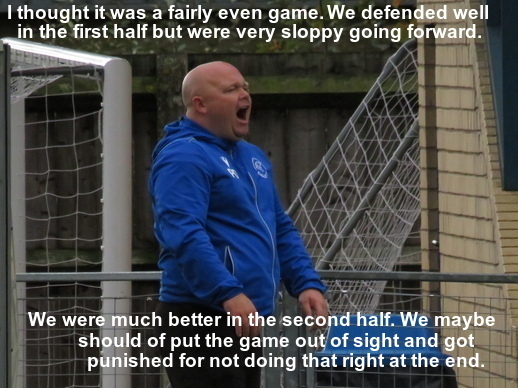 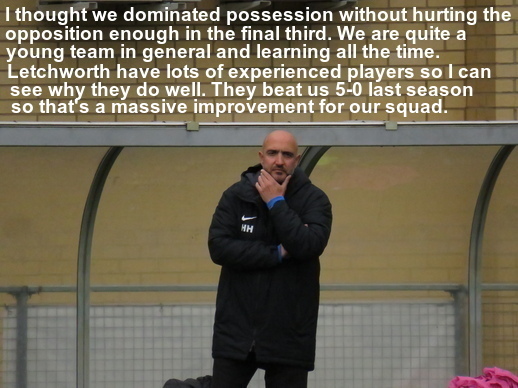 The above are the thoughts of Letchworth GC Eagles coach Paul Donnelly and Bush Hill Rangers Manager Halil Hassan after yesterday's 2-2 draw at Wodson Park. On the balance of play I thought it was just about the right result for each team to take a point from the Hertfordshire Senior County Premier Division game. 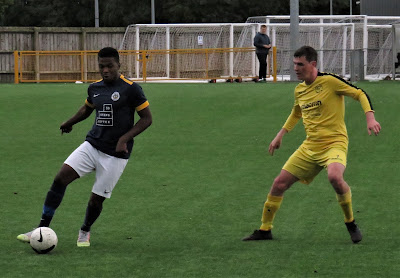 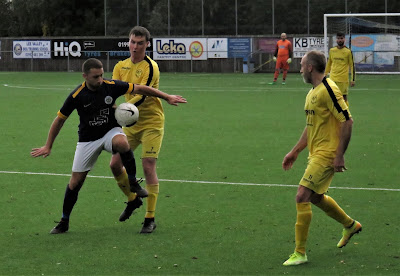 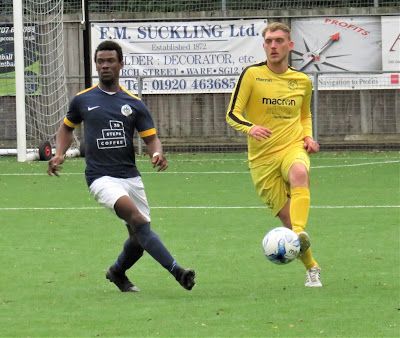 TYLER OR KENNA FOR THE FIRST EAGLES GOAL?
It was 0-1 at half time after the Eagles had scored early on via a Joe Tyler header - although his team mate Liam Kenna disputed this and thinks he got the final touch on it. Have a look at the replay and see what you think?
Early in the second half it was 1-1 when some neat footwork by Claudio Abagnale allowed the Ranger's striker to get his shot off at the edge of the box which crept in the net via a slight deflection.
The Eagles made it 1-2 when the former Hatfield Town and Welwyn Garden City striker Ash Kersey scored a great solo goal when he beat two defenders and slotted the ball past the Ranger's goalkeeper. Kersey was a threat up front all through the game using his height to his advantage for the Eagles. 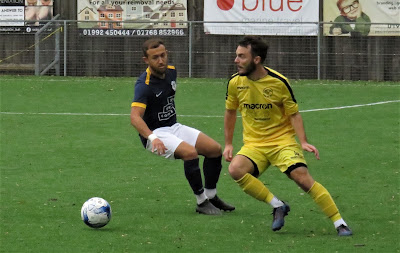 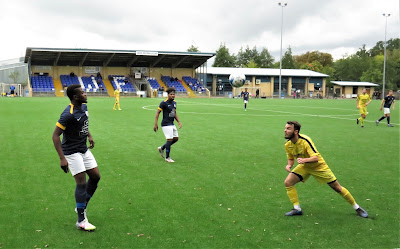 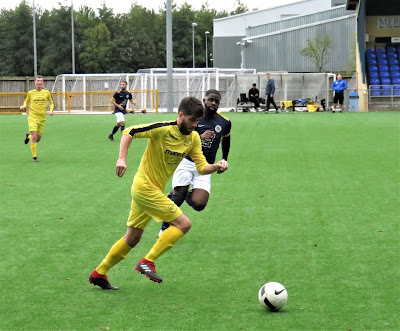 The Eagles had a few chances to make it 1-3 but full credit must go to the home side who played some good football and were the better side in the final twenty minutes or so.  They made it 2-2 when Jerrell Cato squared the ball across the box for Abagnale to score his second goal of the game.
The Eagles next game comes at home to Cuffley next Saturday with Bush Hill Rangers away to Colney Heath Reserves.
MATCH HIGHLIGHTS
MINI MATCH HIGHLIGHTS
at 11:37