BOROUGH TOO GOOD FOR THE BLUE BOYS

It was fifth place v twentieth place (out of twenty-two teams) in the Spartan South Midlands Premier Division on Tuesday afternoon as Hatfield Town travelled south into North London to Coles Park. Haringey Borough, managed by ex Enfield and Cheshunt boss Tom Loizou, are having one of their best campaigns in recent seasons.  Prior to this game Borough had only lost four games in their twenty league games played so far which unfortunately for them came against the teams all above them in the league (Dunstable Town LOST 2-3 A, AFC Dunstable L 1-2 H, Royston Town L 1-4 H and Leverstock Green L 1-4 H). 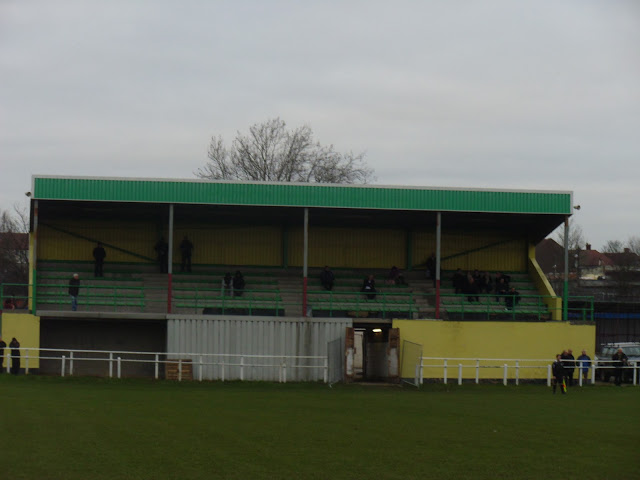 The Coles Park pitch, although not exactly a bowling green, is in a better condition than it has been over the past few years which clearly has benefited Borough who including a good number of players who brought with them experience from a higher level of non-league football. They included the Darrell Cox (ex Cheshunt and Chesham United), Steve Obeng (ex of Cheshunt), Dewayne Clarke (spent time with Harrow Borough), Dean Fenton (Harrow Borough, Maidenhead United, Leyton, Farnborough Town and Leyton amongst others) and Rickelle Christian (Arlesey Town and Boreham Wood) in their starting XI amongst others.

Only Hanwell Town and Holmer Green are below Hatfield Town in the league at present with The Blue Boys record on the road reading only two wins from eleven games at Stotfold and St Margaretsbury.

For the first half of the game anyone who didn’t know the respective league positions of both sides probably couldn’t have told you which team was down the bottom of the table and which team was towards the top of the league. Borough had much of the possession but neither side created any chances of note with goalkeeper’s Ryohei Tamai and Sam Lacey having a relatively quiet time as both sides struggled to pass the ball around to any effect.

The second half was much better for the home side as they took the lead and then with the introduction of pacey substitutes Richard Worrell and Roland Namquita going forward they ran in another three goals. Namquita, playing on the left hand side of midfield, looked decent going forward and scored the third goal with Worrell scoring the second.

Borough deserved the win in the end with The Blue Boys (as Hatfield are known), aside from a set of three corners in the second half which applied some pressure, never really troubling the home goal. Their centre back Richard Cooke (number 5) stood out for the cold end, he was very good and confident in the air having an impressive game despite being on the losing side.

For Borough the aforementioned Namquita (16), Steve Obeng (4) (playing in midfield just in front of the back four) and centre back Rickelle Christian (6) stood out. Christian has good pace and a composed touch looking very confident on the ball when coming forward. 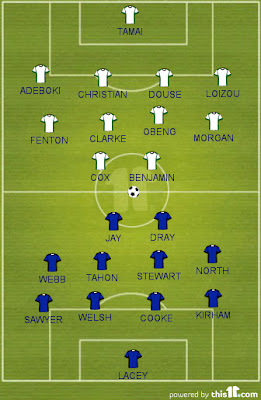