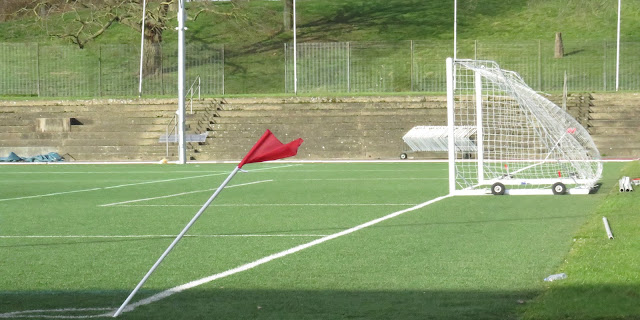 AN INDICATION OF HOW WINDY IT WAS!

This Middlesex County League Division One (Central and East) game was brought forward from a date later in the season as both teams had a free weekend. NW London's usual home is The Park Club in in London, W3 but this game was played at The New River Stadium with an earlier kick off time of 12.15pm.

NW London were formed in 2015 and competed in the Central London Super League before moving to Saturday football and the Middlesex County League for 2017/18 where they finished in mid-table of their current division. Going into this game they had won eight of thirteen league games and in second place - The visitors were in mid-table in their first season as club had won four of ten games prior to kick-off. 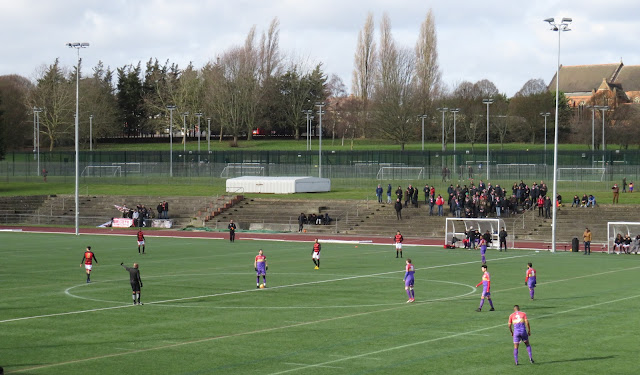 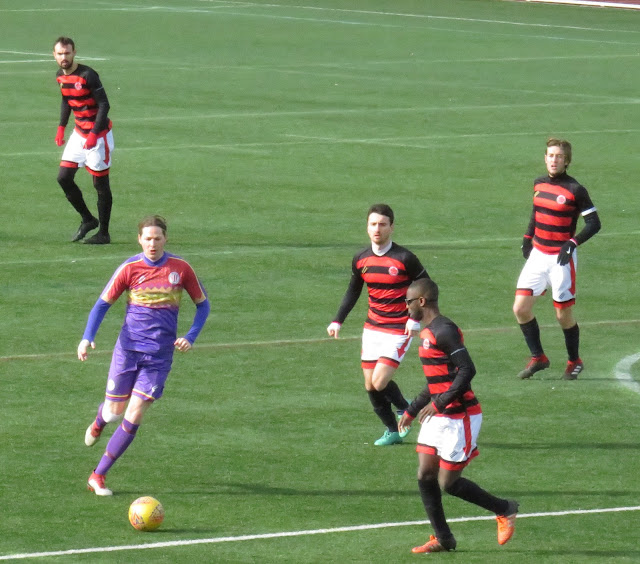 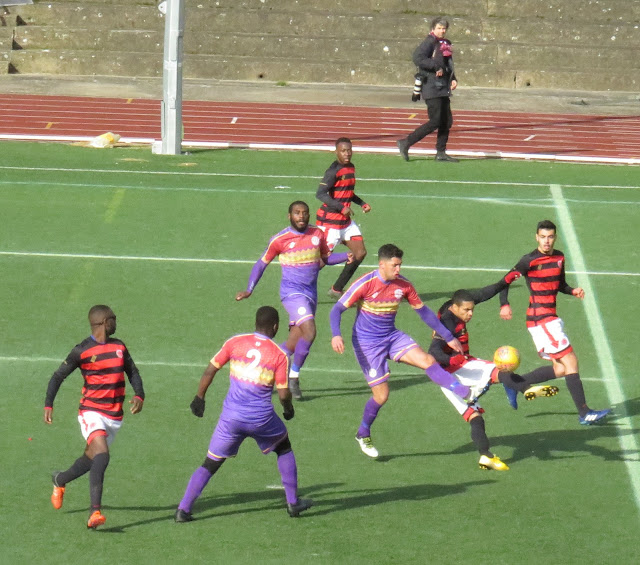 Clapton Community Football Club were formed last summer after a group of supporters of Essex Senior League side Clapton FC disagreed and disputed the current running of the histoic club - It's well reported elsewhere so I won't go into it here.

The fan owned club has made it's home in Walthamstow on one of the outer pitches at Wadham Lodge which has now christened 'The Stray Dog' where they have an average a crowd of 307 for their six home league games so far which is unheard of in the Middlesex County Football League.  For this game I would estimate they brought with them approximately 60 to 70 noisy fans who stood on the far side to the main stand to watch the game. 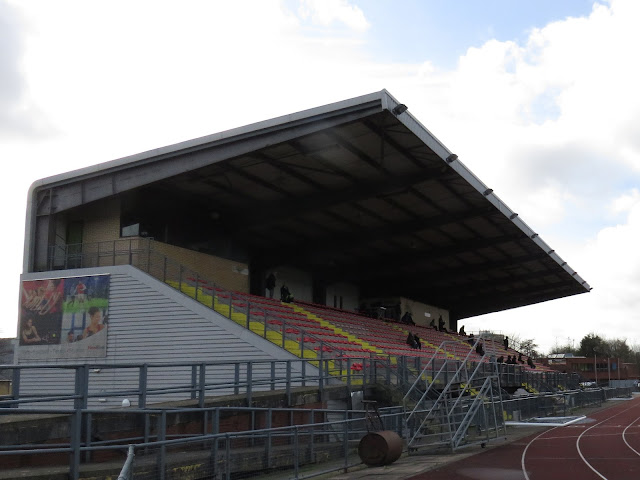 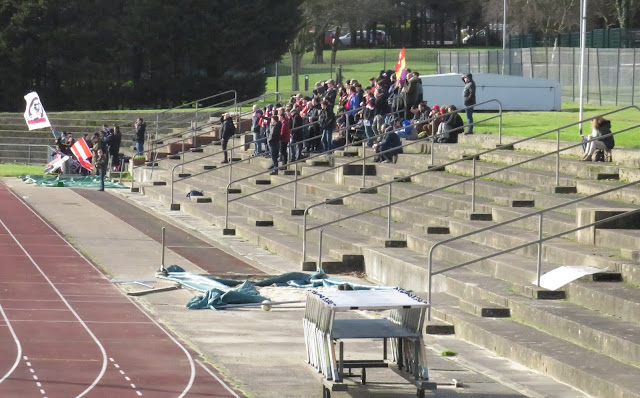 The wind swept across the pitch from one end to the other for the entire 90 minutes. If you know the area the wind came from the Wood Green end and blew towards Haringey Borough's Coles Park further down White Hart Lane

NW London kicked with the wind for the first half and for the opening 30 minutes of so Clapton, wearing their iconic kit which has sold over 10,000 replicas, struggled to get out of their own half. It was no surprise to see the home side take the lead through Dante Cobianchi. 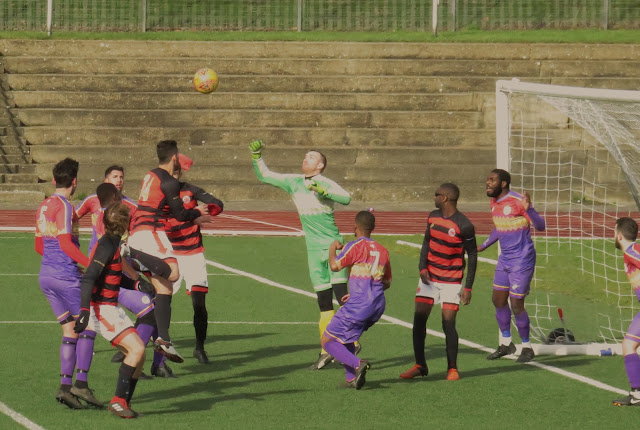 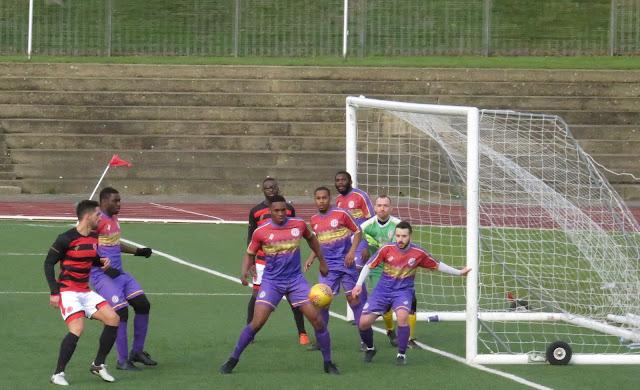 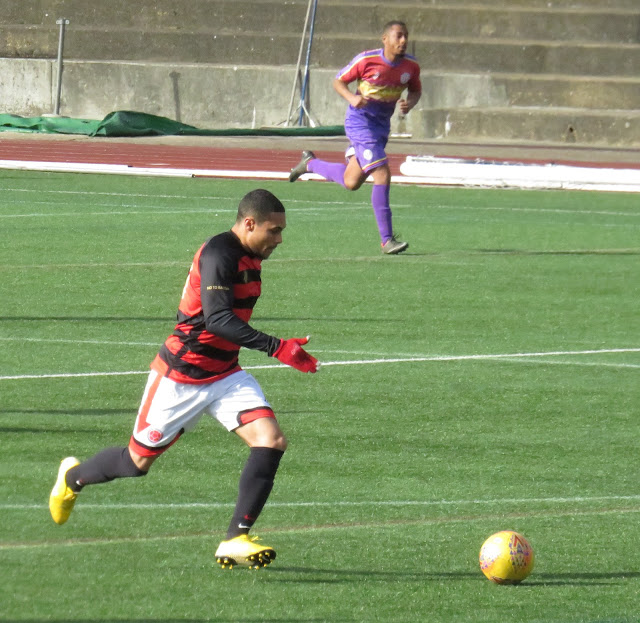 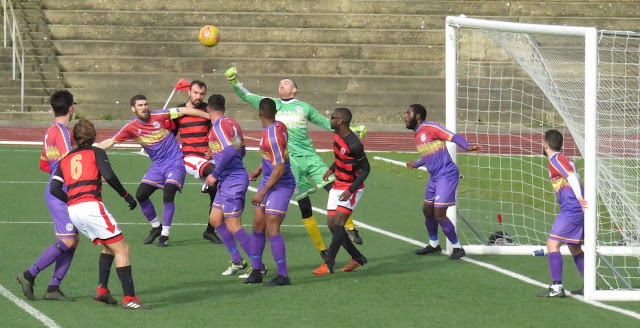 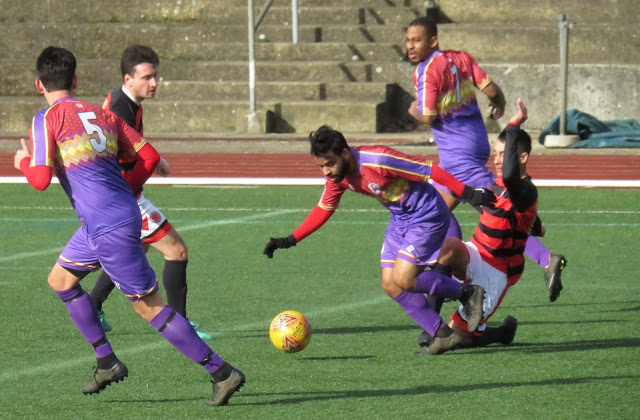 Cobianchi is from Cameroon which is just one of the many countries represented this season. Players from Algeria, Angola, Argentina, Brazil, Ecuador, England, Italy, Ivory Coast, Mexico, Netherlands, Portugal, Romania, South Africa, Spain, Thailand and the United States have all made appearances for the club. I thought Vice-Captain Jorge Sanchez-Cumming summed up things very nicely with these wise words in the programme produced for the game - "Most us don't speak each other's first language and sometimes we don't even have a shared language at all! Nonetheless, we understand each other on the pitch and we have sympathy as team-mates. Regardless of our origin or our beliefs, we have a share in our love of football and in our respect for what NW London stand for"

Gradually Clapton got back into the game and towards the half time break forced a number of good opportunities but were unable to score - they did get the ball in the back of the net but it was ruled offside.

The second half saw Clapton with the wind able to put some real pressure on the home side and it was deserved when they scored via a penalty kick from Stefan Nielsen. NW London scored late on to make it 2-1 via Cobianchi who bagged his second goal of the game to win the all important three points for his side. It was his 17th goal of the season. It was harsh on the visitors who deserved at least a point from their second half performance. 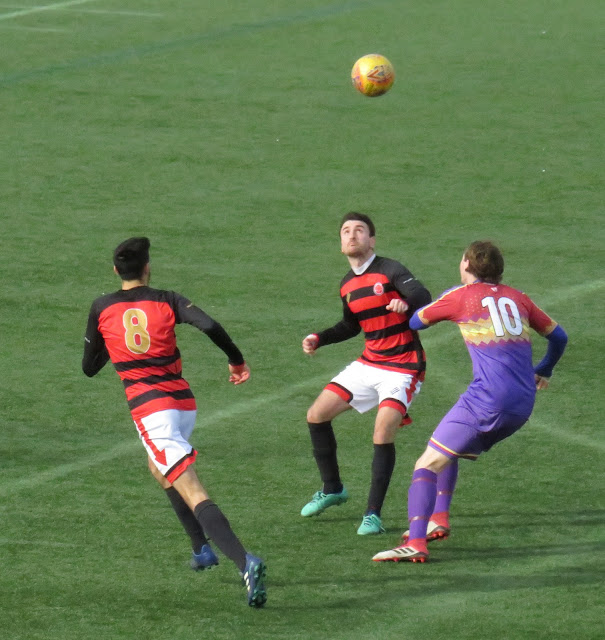 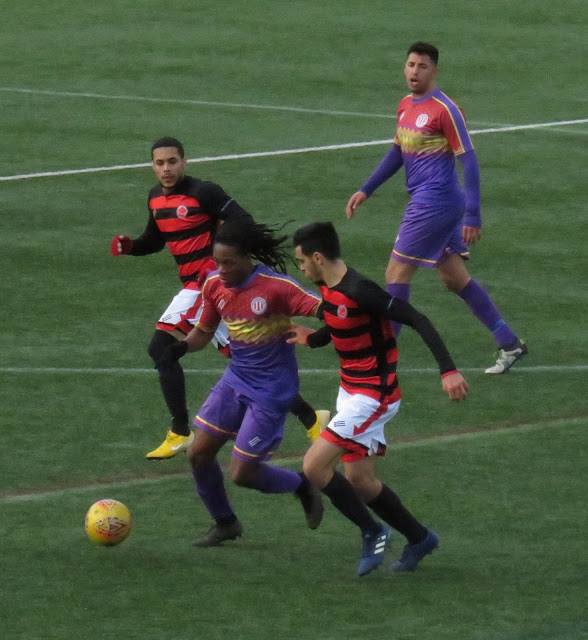 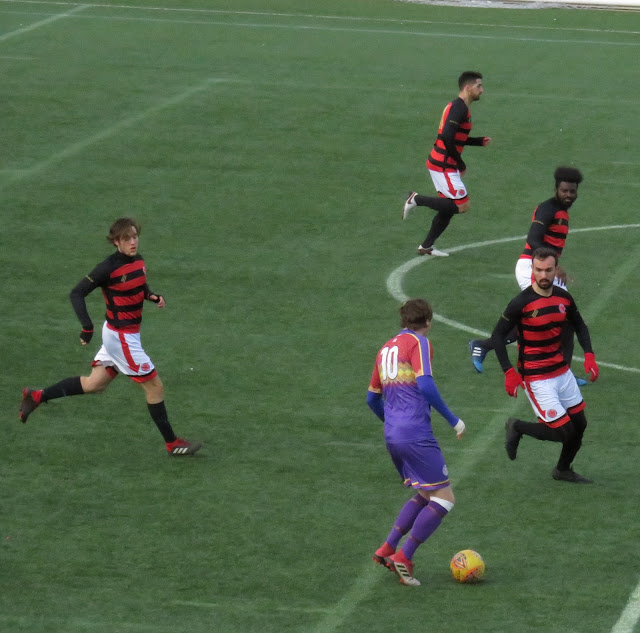 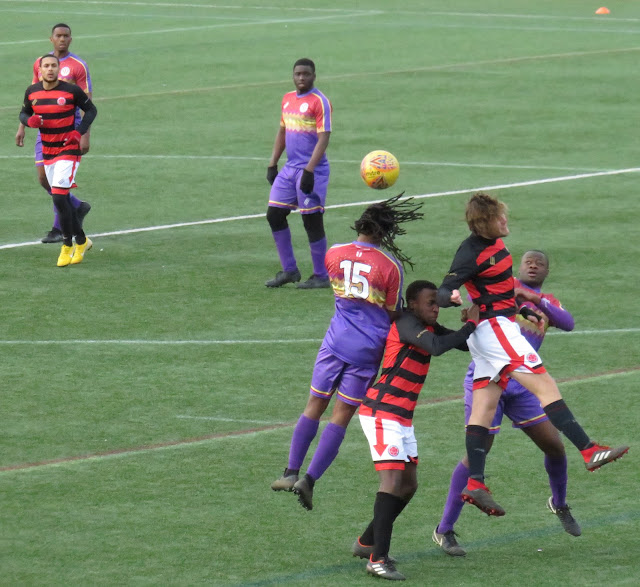 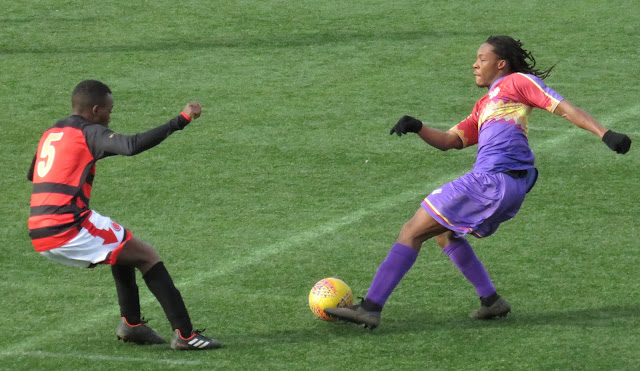 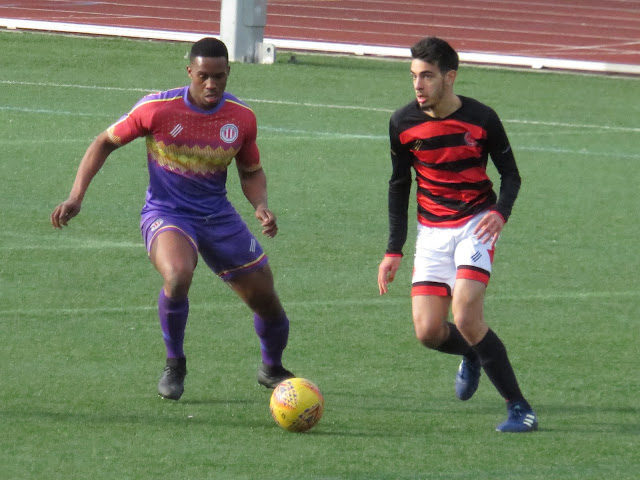 Clapton, managed by Geoff Orcan, have three really important games coming up. Next weekend they welcome league leader's Stonewall to The Stray Dog before hosting Hertfordshire Senior County League side Chipperfield Corinthians in the Anagram Records Quarter-Final. They then travel back to The New River Sports Complex to play The Wilberforce Wanderers in the Jim Rogers President's Division One Cup Semi-Final on Saturday 2nd March. Wanderers play on the outside pitch at the complex.

NW London host 'FC Star of London' in a league fixture next weekend whose games have been very entertaining of late. Their last three games have ended W 4-3 (v NW London!), W 5-3, L 6-5. They were very welcoming yesterday and seem to be a club on the up - I wish Wasim Khan and his squad the best of luck for the rest of the season and beyond. 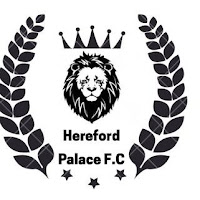 Whilst we're mentioning the Middlesex County League and in particular Division One (Central and East) I must give a mention to Hereford Palace who so far this season have lost all of their fifteen league and cup games played so far this season. They have let in 129 goals and scored only 8.

Their next game is on Saturday 23rd February at home to FC Star of London - they play on the pitches on Wormwood Scrubs in Acton.  I hope they get a win soon - this would be great to see!!
at 20:16