MELBOURN FALL AT THE FINAL HURDLE IN KERSHAW 1A TITLE RACE

MATCH PLAYED ON SATURDAY 14th MAY

Melbourn went into their final game of the Cambridgeshire County League Kershaw 1A season knowing a win would win them the title. They were one point below Debden who had already completed their season with the visitor's Cottenham United in 4th place and going into the game on a four game unbeaten run.

Despite Debden not being in action most of their squad was present amongst the crowd hoping for a Cottenham United, who were the visitors, win or draw given them some very noisy support particularly in the second half.

It was a scrappy game on a hard bumpy pitch with the home side taking the lead early on via Jake Wood only for Steve Townsend to score a brilliant free kick to make it 1-1 and then a deflected Will Millard shot to make it 1-2 late in the game to record a memorable victory and spark a good natured pitch invasion/celebration from the Debden squad.

For Melbourn it was not to be but they will can still celebrate being runner's up and having a brilliant 21/22 season. 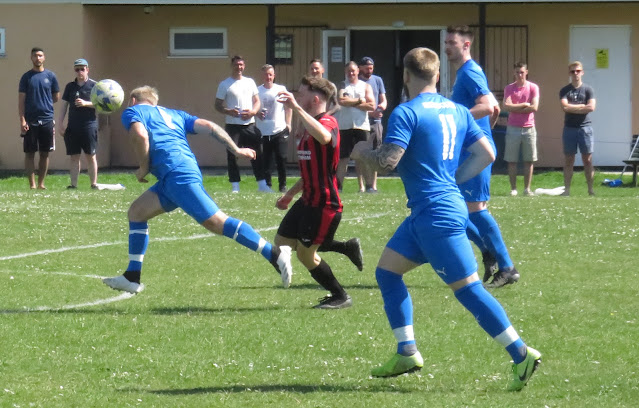 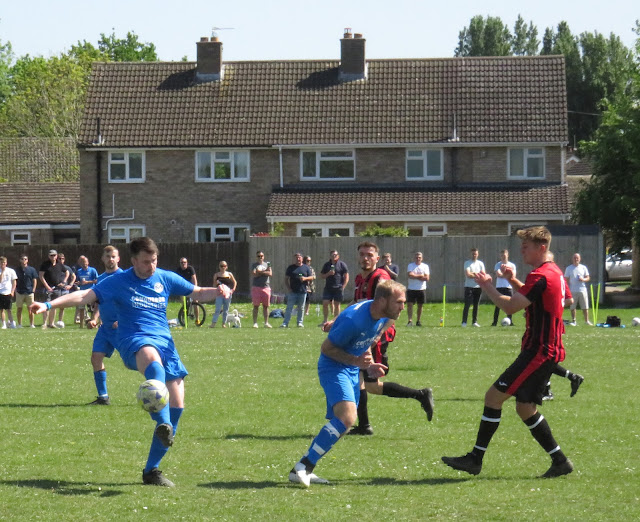 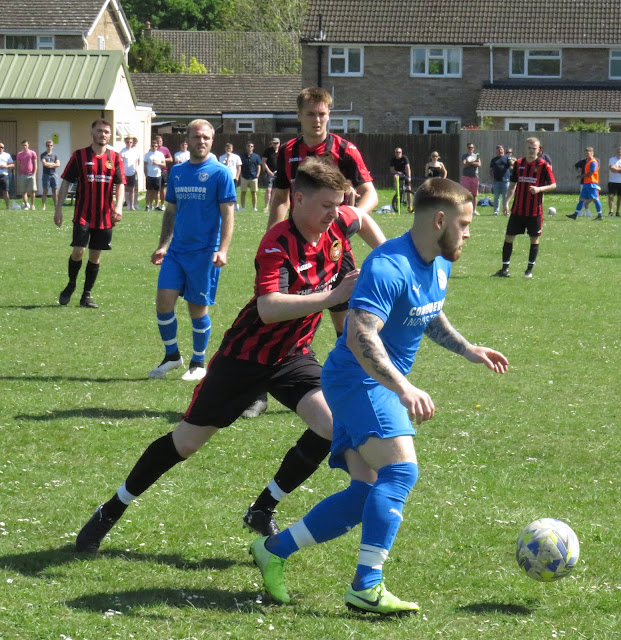 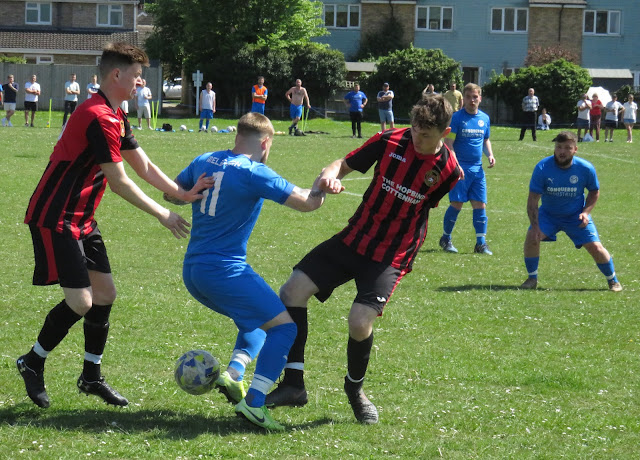 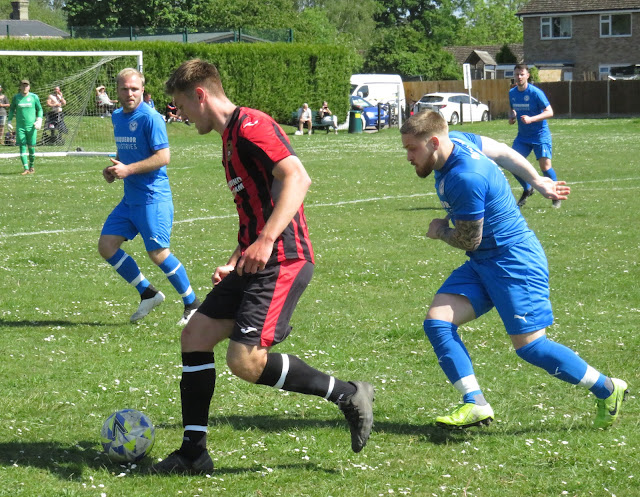 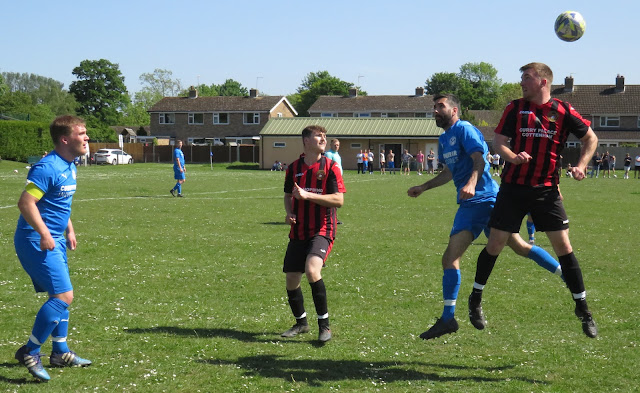 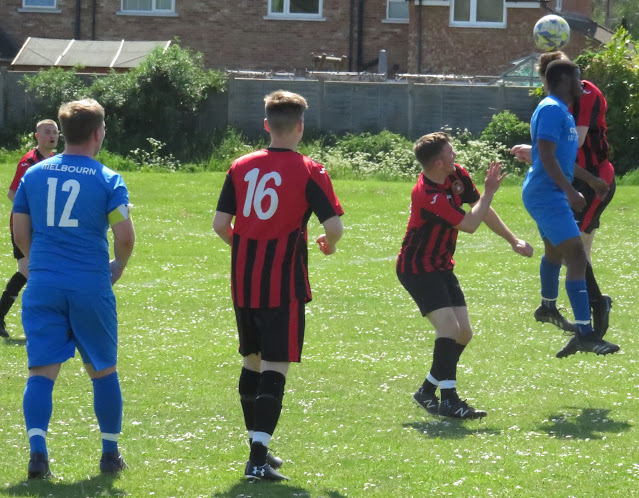 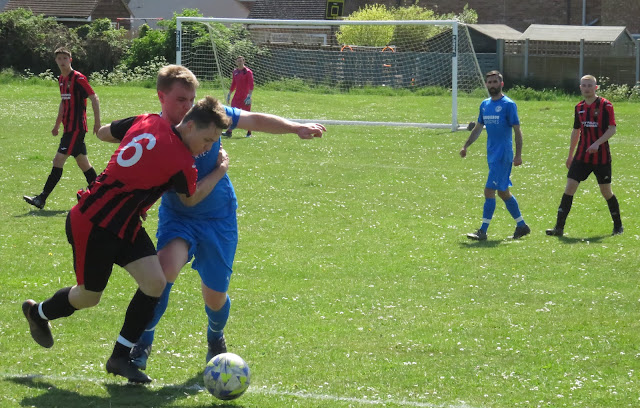 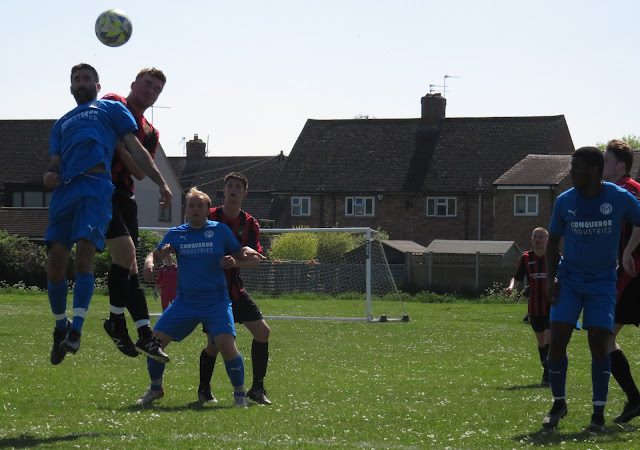 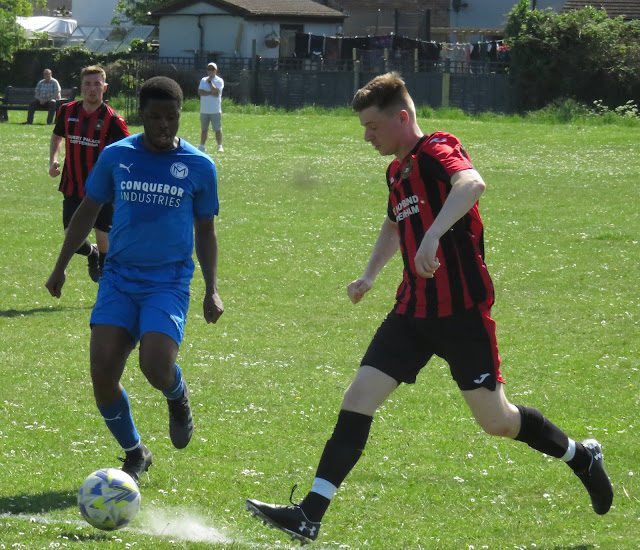 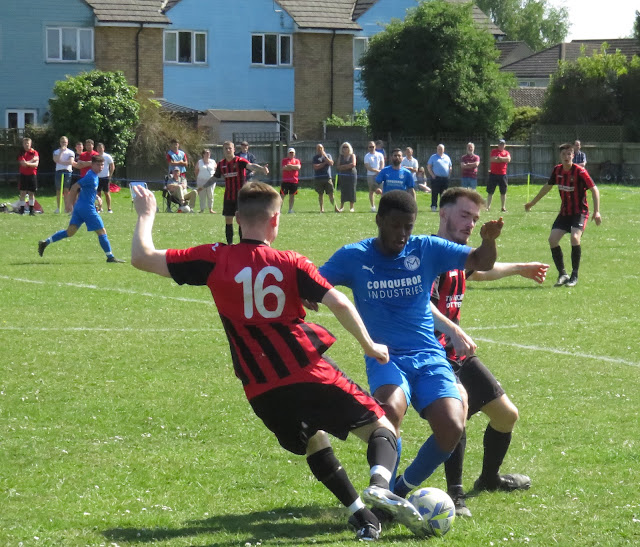 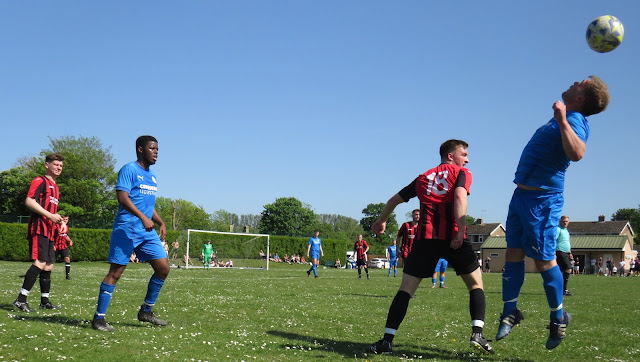 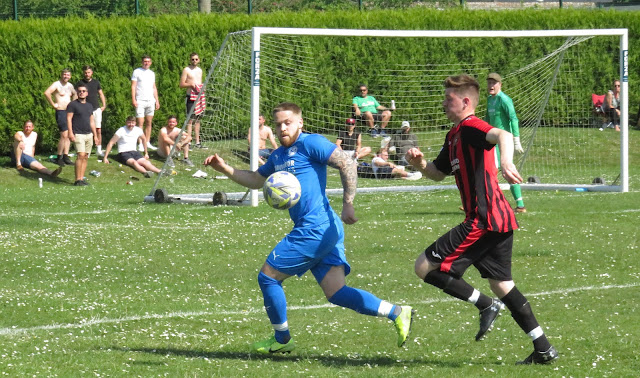 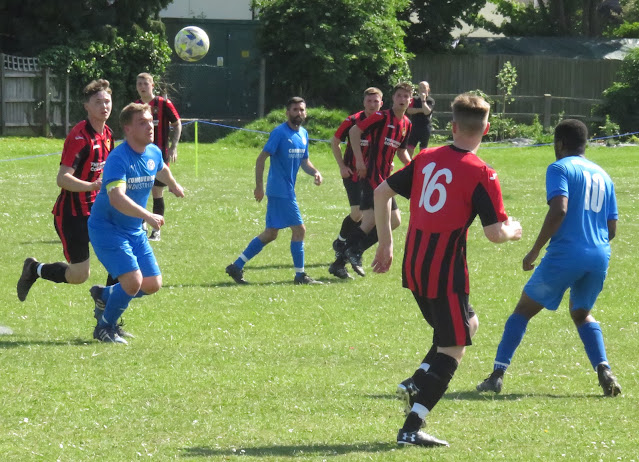 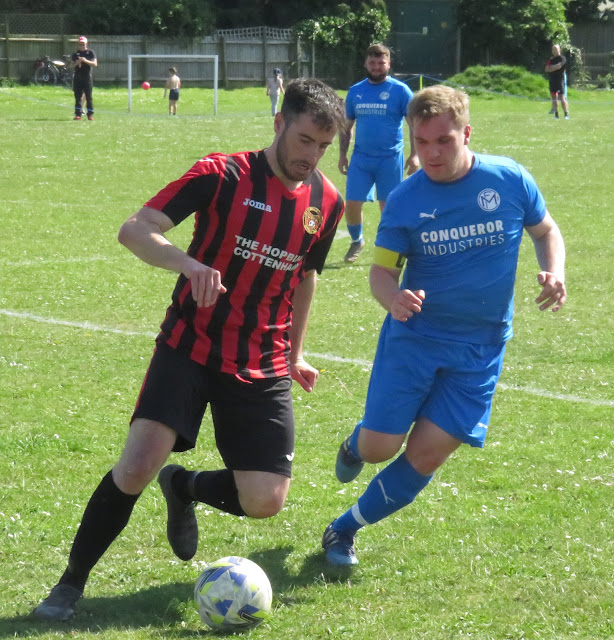 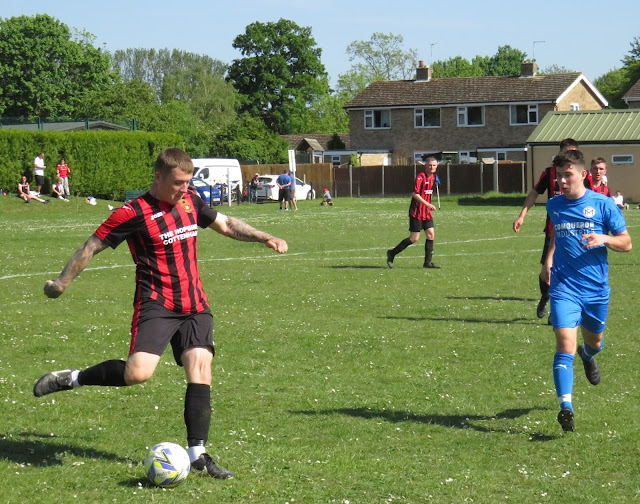 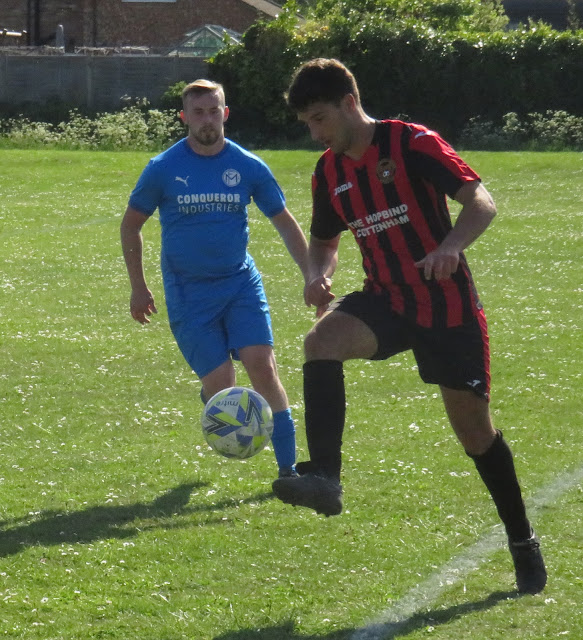 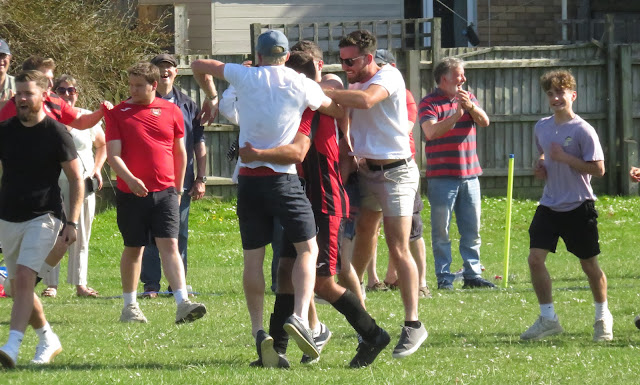 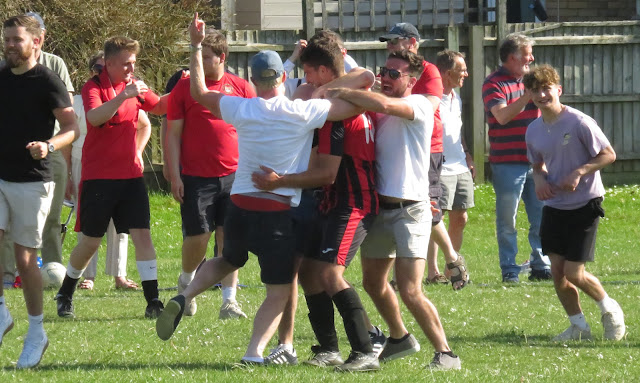 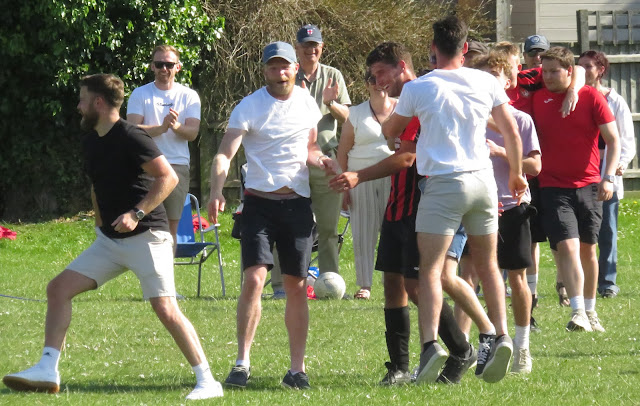