Edgware Town rebranded over the summer to be named Edgware & Kingsbury to be more representative of the area where their home ground is in North London. Kingsbury Town Centre is around a mile and a half away from Silver Jubilee Park with area where the old White Lion Ground was which is the spiritual home of Edgware Town FC around two and half miles away

This made Sunday lunchtime's game the first time since the 2010/11 season when the name of Kingsbury was included in the FA Cup when Kingsbury London Tigers played FC Clacton in the Extra-Preliminary Round.

That game was played at Aveley's ground so the actual last time Kingsbury London Tigers played in the FA Cup at Silver Jubilee Park was in fact in September 2009 when they as a Spartan South Midlands League Premier Division side beat Isthmian League Division One North side Harlow Town. (The Cold End was at that game and a report can be found here.)

You can see the famous Wembley arch from Silver Jubilee Park as The National Stadium is just under 3 miles away.

The home side started the better side and attacked well taking a deserved lead. Hoddesdon Town came back into the game and equalised via Blue Gallagher to make the half time score 1-1.

The second half was a pretty level with the Edgware keeper making a good save from a close range header tipping the ball over the bar. Just as the game was drifting towards a draw and a midweek replay Edgware scored a winner late on to send them an away tie at AFC Dunstable in the next round.

Edgware & Kingsbury's attacking midfielder Samir Sedaoui had a good game running with the ball at his feet with skill and trickery creating a number of chances. He played for Haringey Borough under 23s last season and made a handful of appearances for the Isthmian Premier Division side in March. 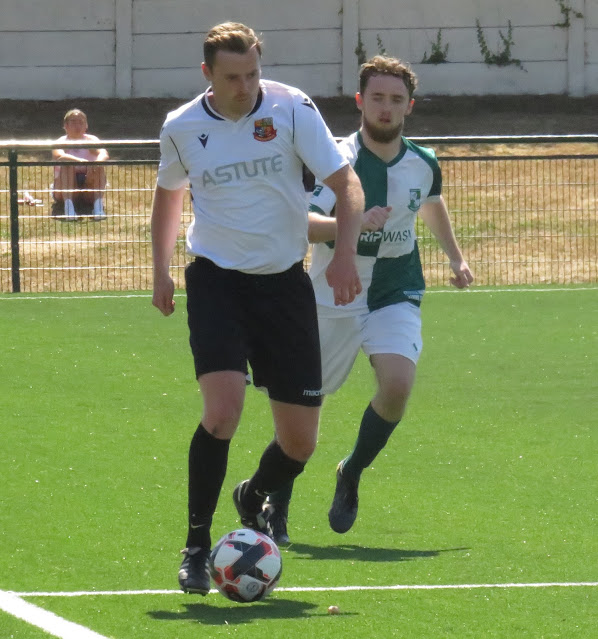 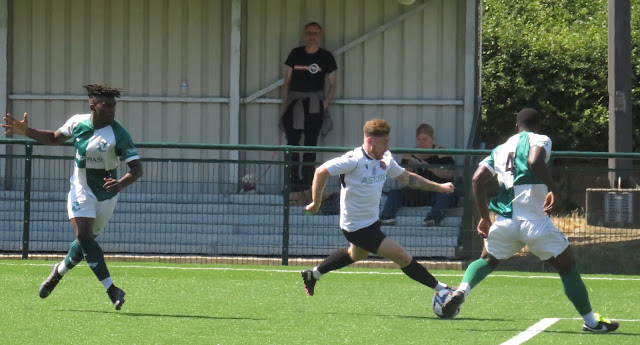 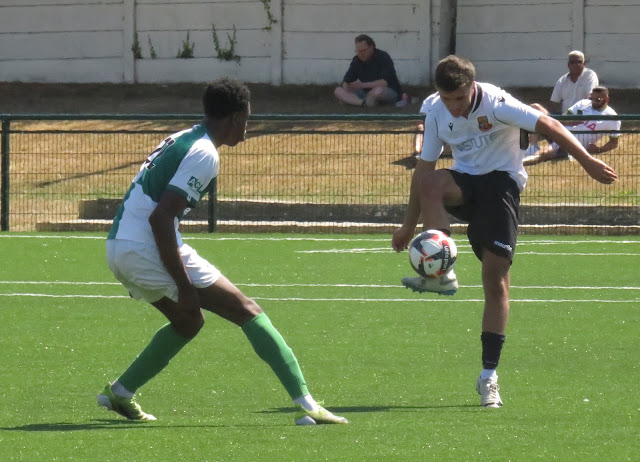 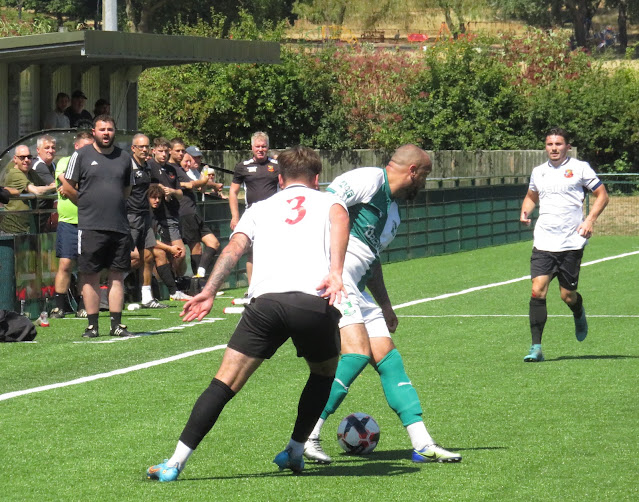 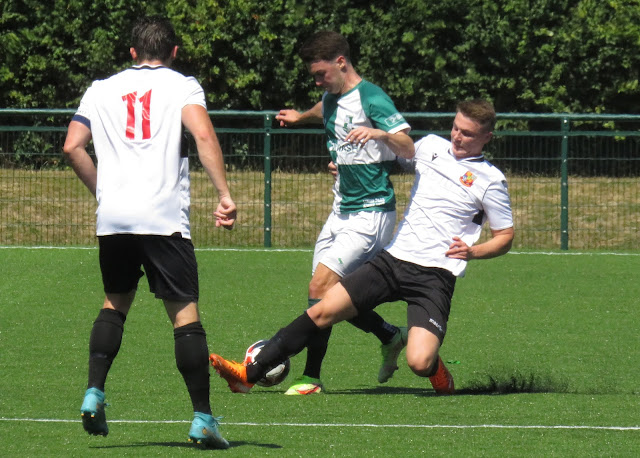 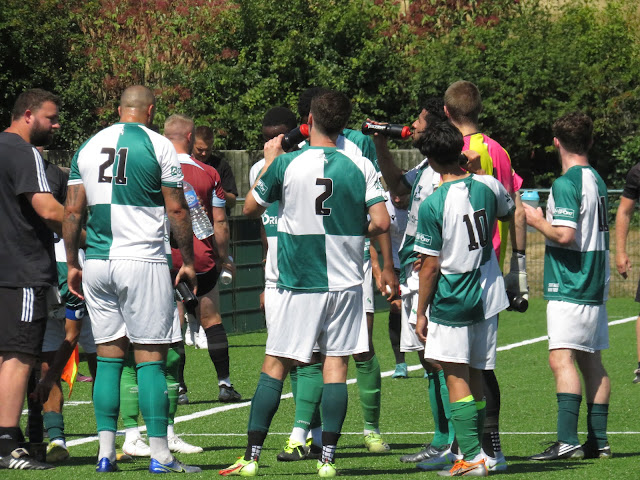 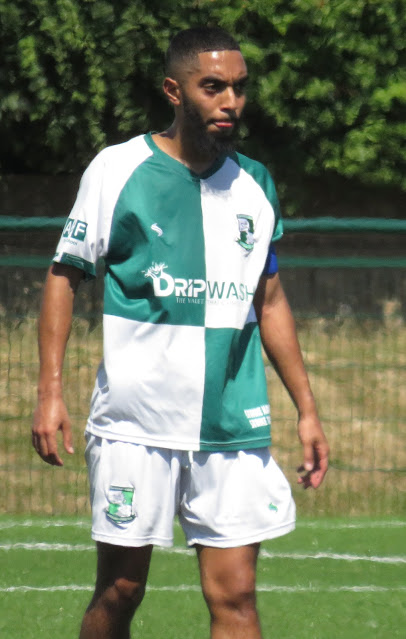 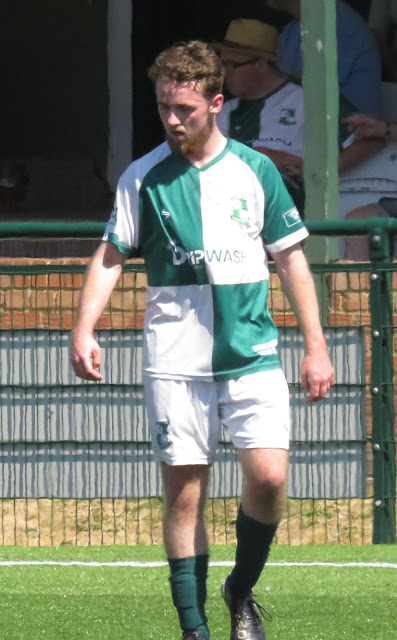 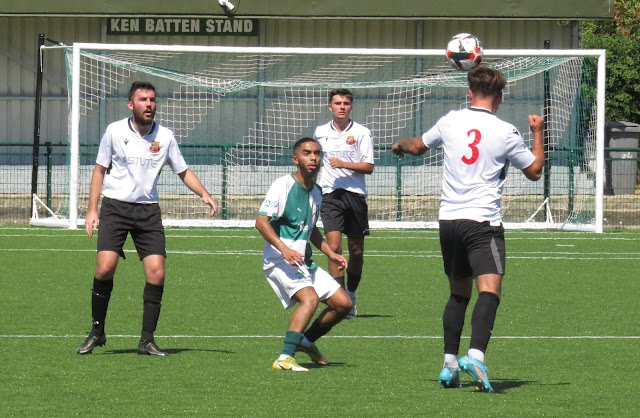 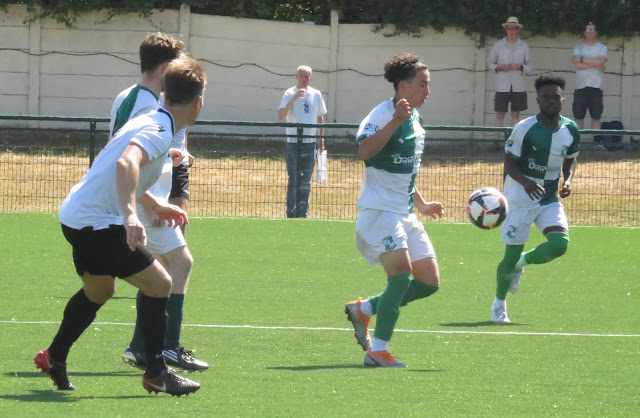 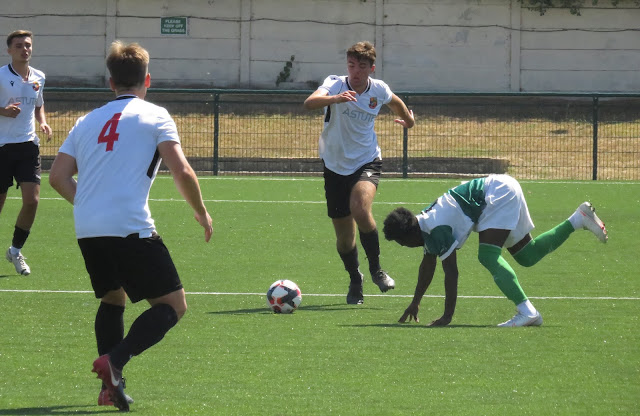 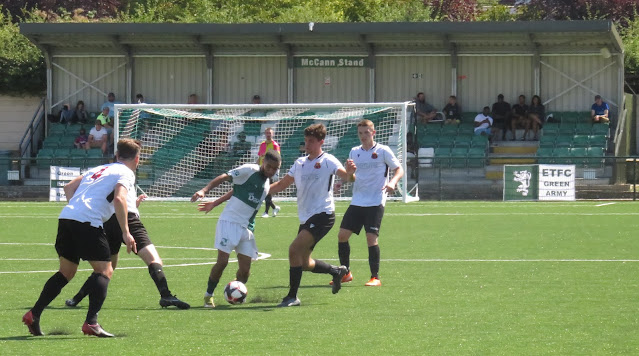 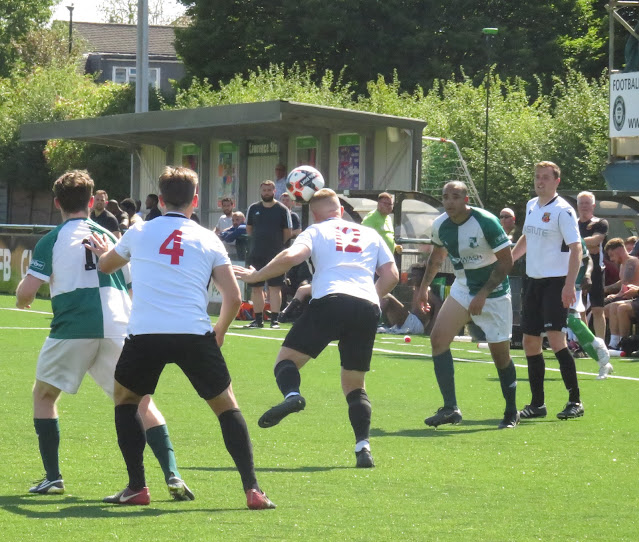 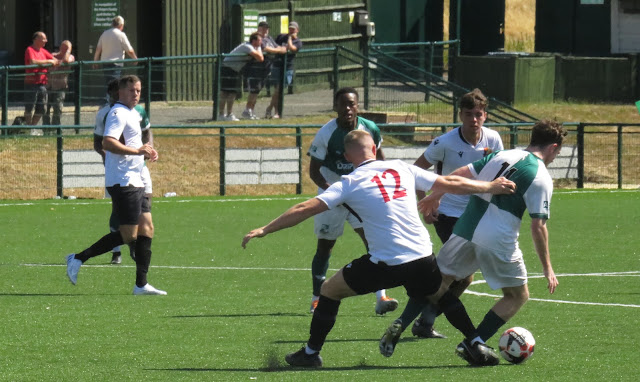