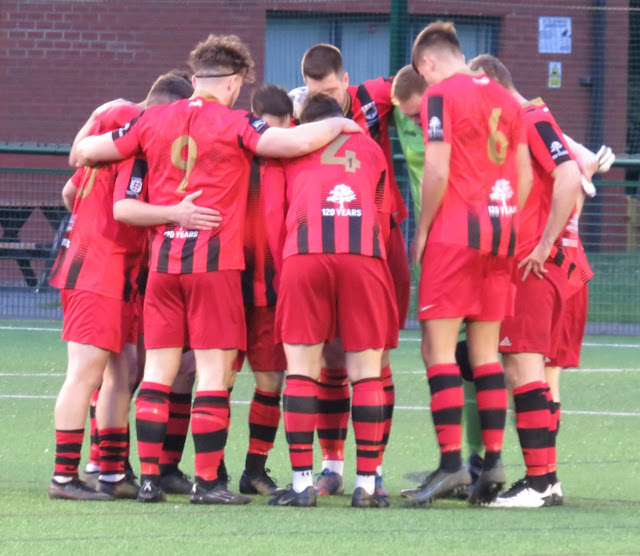 A decent crowd of 395 people were present at The County Ground in Letchworth Garden City last Wednesday evening to see the Hertfordshire FA Senior Centenary Trophy Final between Herts Senior County Premier Division side Chipperfield Corinthians and Spartan South Midlands League Division One side Letchworth GC Eagles. With the match played next door to The Eagle's home ground of Pixmore there were many more people supporting them than Chipperfield - it felt almost like a home game for Jason Valentine's side at kick-off.

The Eagles took the lead very early on via Ronnie Bates close range effort but Corinthians hit back almost immediately with a well worked goal headed after some good build up play on the right hand side.

Corinthians were much the better side from then on scoring 3 goals in the second half (the 4th wasn't captured on camera I'm afraid) to record a very memorable 4-1 victory to lift the Trophy for the first time in their history and in their first ever final. Louie Griffith, formerly of Leverstock Green, was very impressive on the right hand side of midfield and chipped in with his side's third goal.

CHIPPERFIELD CORINTHIANS will now be engraved on the trophy which was first played for in 1984/85 for step 5 and 6 clubs. The competition is now open to step 6 and step 7 clubs and has been won in the past by clubs such as Welwyn Garden City, Selby, Cheshunt, Hoddesdon Town, Bennington, Elliott Star, Hadley, Codicote and Belstone. The 2012 final between Kings Langley and London Colney was a brilliant match - HIGHLIGHTS HERE

Many congratulations to all at Chipperfield Corinthians. 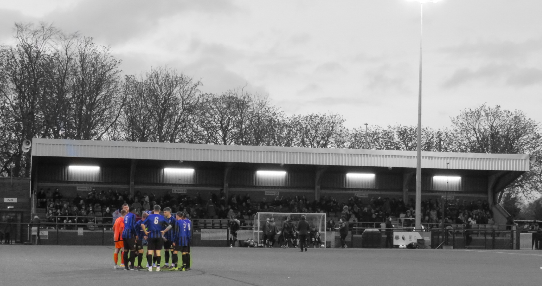 When the season comes to end all at Letchworth GC Eagles can look back on the campaign as a very good first one at Step 6 of the non-league ladder after working hard both on and off the pitch to gain promotion from Step 7. The Eagles are currently in 12th place of the Spartan South Midlands League Division One winning 12 of their 33 games played so far with their stand out result being the 2-0 home victory over local rival's Stotfold, who could win the league tonight in their game versus Shefford Town and Campton, in October.

What I would love to see is more people from the town giving their team some support. Their average attendance for league games this season currently stands at 50 - If you take off the local games against Stotfold (185) and Langford (185) the figure reduces to 35.

If you are a Letchworth resident please get yourself down to Pixmore - they have three more home games this season against Bedford FC on Saturday, Burton Park Wanderers on Sat 23rd April and Ampthill Town on Tuesday 26th April.

Chipperfield Corinthians followed this result up with a 3-3 home draw against Welwyn GC u23s on Saturday - they host table toppers and title favourites Belstone this weekend.