THE LAST WEEK OF LIVE FOOTBALL UNDER FLOODLIGHTS (HOPEFULLY) UNTIL DECEMBER

It was a evening to remember for Leverstock Green on Tuesday evening as they ran in six goals against Wembley in a Spartan South Midlands League Premier Division game which will sadly be both teams last match until lockdown ends.

As usual there was a warm welcome at Pancake Lane for everyone in attendance and this was a decent game for the crowd of 41 in attendance on a chilly Hertfordshire evening.

Levvy looked the better team in the opening part of the game and took the lead on 23 minutes when Frank Jowle scored direct from a corner. Wembley then had a period of good play and possession and scored an equaliser via Jonathan IIley on 37 minutes. 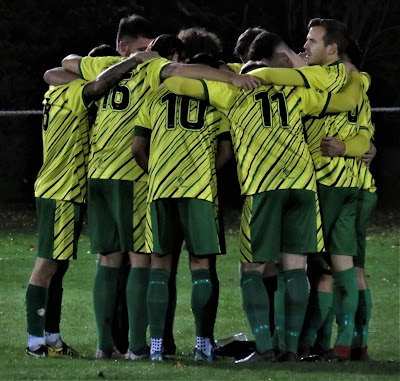 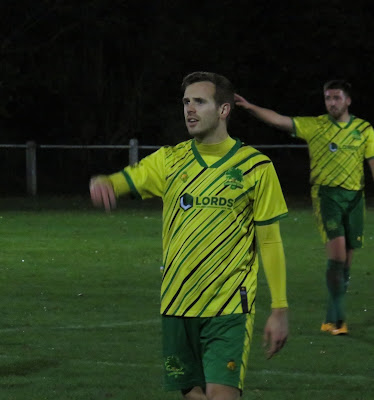 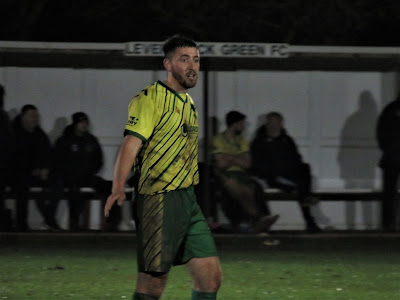 LEVERSTOCK GREEN WORE THEIR NEW AWAY KIT FOR THE GAME WHICH I THINK LOOKS FANTASTIC - FOR FANS OF BELARUSIAN FOOTBALL IT'S DEFINATELY BEARS A RESEMBLANCE TO THE FAMOUS NEMAN GRODNO HOME KIT WE HAVE ALL COME TO LOVE THIS SEASON.

It was 2-1 at half time thanks to a Luke Peerless header from a long throw in.

In the second half it was all Leverstock as the scoreline suggests with Jowle adding a second goal along with Jamie Calvin scoring two and substitute Lewis Collins scoring late on.

Special mention must go out to Leverstock Green's central defender Mickey Shuttlewood (who has also played for London Colney and Colney Heath) for his performance at the back - He is what I call a 'defender's defender' who puts in some strong but fair challenges and always gives 100%.

From their ten league games played so far Levvy have won four, drawn one and lost five.

The Lions have played twelve league games so far only winning one game, drawing two and losing nine. They will need to improve results when football returns. With club legend Ian Bates in charge (since 2005!! and over 1000 playing appearances) they will no doubt get the results they need to stay in the SSMFL Premier.