THURLOW NUNN PREMIER DIVISION
CURRENT TABLE - TOP FOUR ONLY
PROMOTION TO STEP FOUR
QUALIFICATION TO STEP FOUR/FIVE PLAY-OFFS
With a seven point gap between Mulbarton Wanderers who are currently in fourth position and Wroxham in third it's looking much like a three way battle for the Thurlow Nunn Premier Division title. It's The Yachtsmen with a game in hand over Gorleston and three games in hand over Mildenhall Town who are arguably best placed - they are currently on a six match unbeaten run.
Gorleston's only defeat in their last ten games is to in-form March Town United, currently seventh, who have won six and drawn one of their last seven league games.
Many people reading this will be aware of the phrase "Strikers win games but defenders win titles" - Wroxham are winning on both fronts with an average of 3.29 goals scored per game and just 0.71 conceded per game.
GOALS SCORED PER GAME CHART 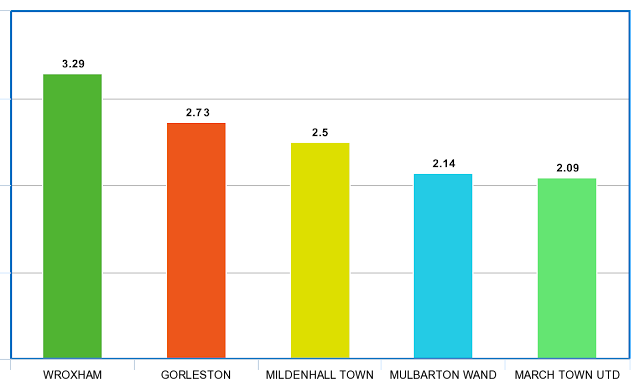 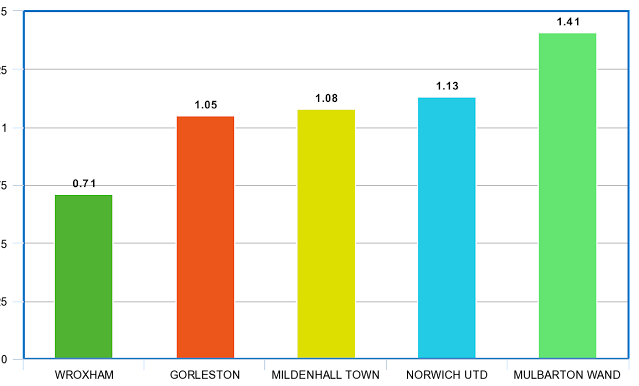