THE WICKERS V THE RAMBLERS ENDS ALL SQUARE 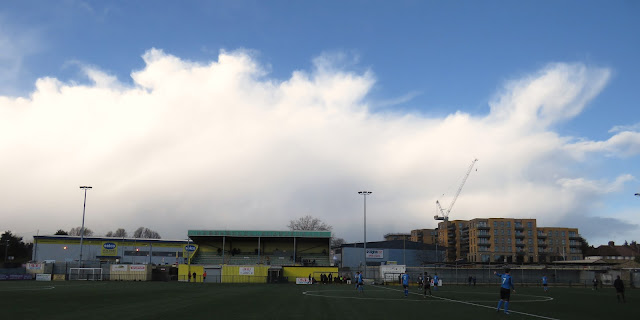 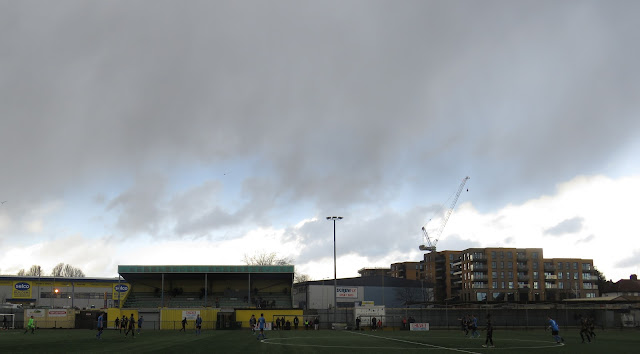 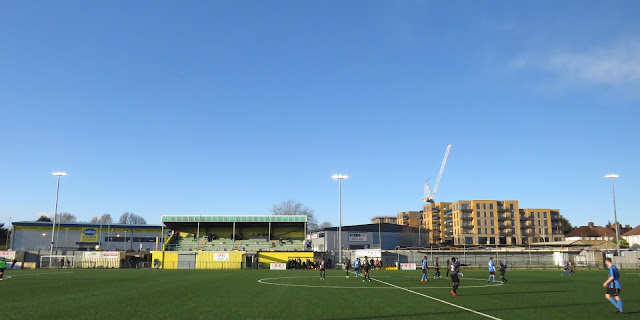 SUNSHINE, CLOUDS, HEAVY RAIN AND CLEAR SKY
ALL WITHIN 90 MINUTES IN NORTH LONDON

It was fifteenth v fourteenth in the Thurlow Nunn First Division South at Coles Park yesterday as Hackney Wick entertained Burnham Ramblers. Wick had lost their last two league games but had won in the League Challenge Cup Quarter-Final versus Little Oakley on Wednesday 5th February 2020 to set up a semi-final home game against Premier Division "champion's elect" Stowmarket Town which is scheduled for Wednesday 18th March. 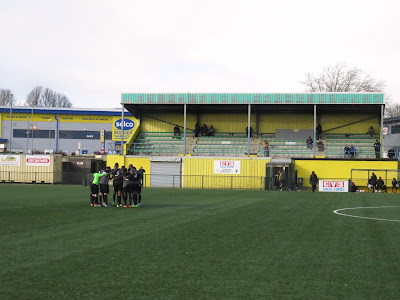 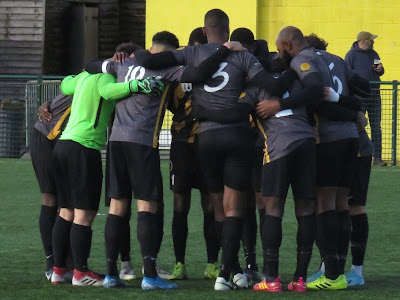 The Ramblers had been on a run of four games without a win which included a defeat last weekend at bottom of the table Fire United which was the home side's first league victory for a year.

They have had a change in management at the beginning of February with John Brandon (assisted  by Lewis Skidmore) stepping in to replace Alex Salmon who departed Leslie Field for BetVictor North Division side Basildon United in January. 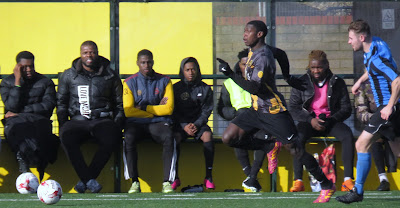 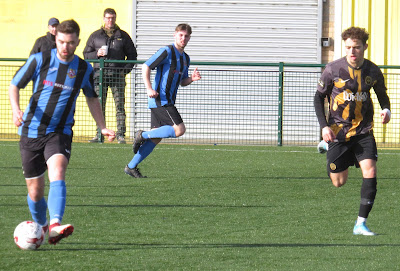 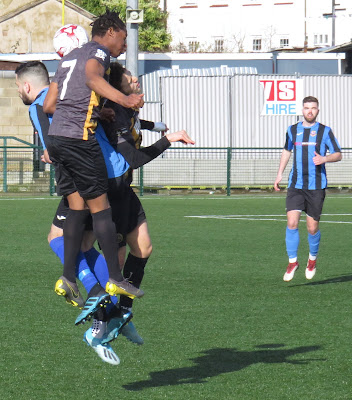 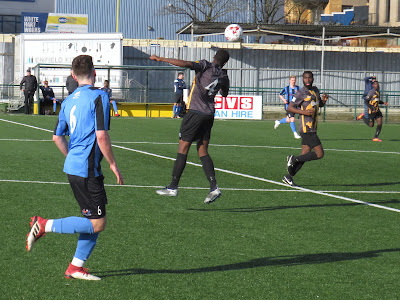 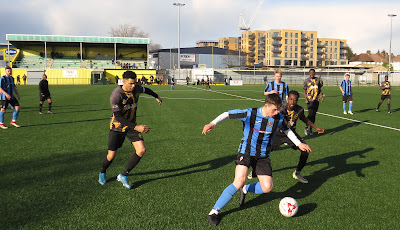 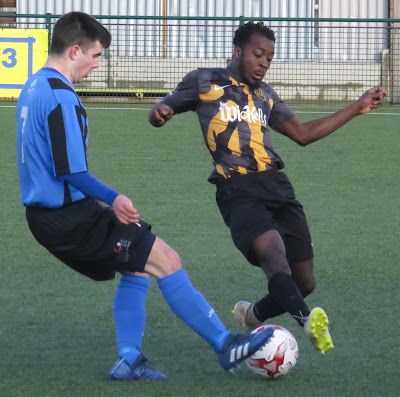 This was one of the only games played locally with a large percentage of postponements due to the rain which had waterlogged many pitches - the 3G surface at Haringey Borough was in tip top condition and fully playable.

It was a competitive game between two good sides who passed the ball around well which was goal-less at half time. Wick took the lead when Ayub Kadiri (number 10) scored from the edge of the box - He was very impressive throughout the game playing just in the gap between midfield and attack. A good passer of the ball who I think could play higher up the pyramid with more hard work both on and off the pitch. 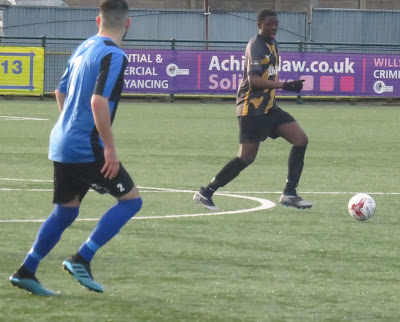 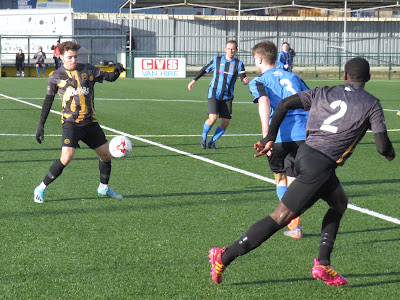 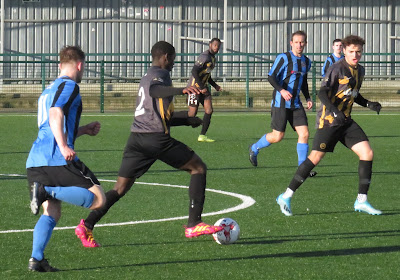 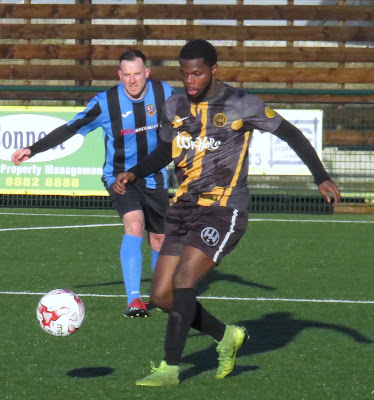 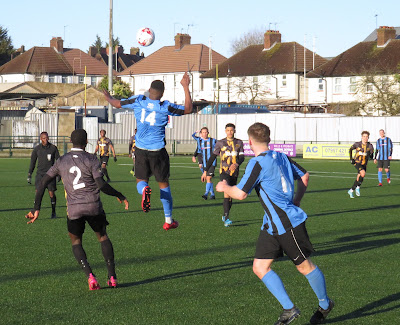 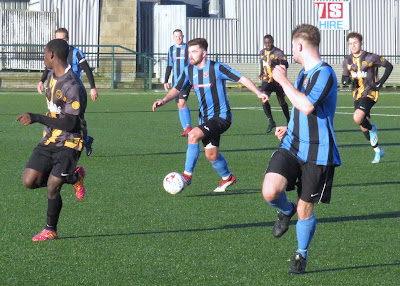 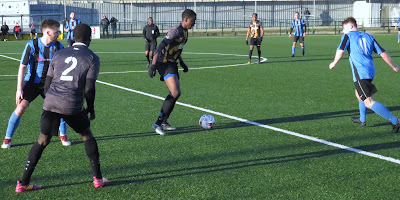 It was looking like it was going to end 1-0 when in injury time the Ramblers were awarded a free kick on in the centre of the field just outside the penalty box. Kristian Moore-Cowell scored the resulting kick to the delight of the Ramblers fans and players.

The Wickers next game is scheduled for Tuesday evening with a trip to play Newbury Forest before they welcome Benfleet to Coles Park next weekend.

Ramblers are due to play away at Wormley Rovers this coming Tuesday evening before a trip to Harwich and Parkeston on Saturday 14th March.