GREAT START TO THE SEASON WITH THREE POINTS IN THE BAG

A crowd of 261 crammed into Goldsdown Road today... here are the some of the Town's army of fans at the cold end during the first half.

Town made a fantastic start to their Ryman Division One (North) season today with a well deserved 2-1 victory over local rival's Waltham Abbey.

The Abbots made a perfect start to the game when in the third minute Andy Keepance rose above Lee Protheroe to head a free kick past Rob Blackburne who stood no chance of making a save. From then on it was almost one way traffic with Paul Wickenden's side hardly troubling Blackburne again. 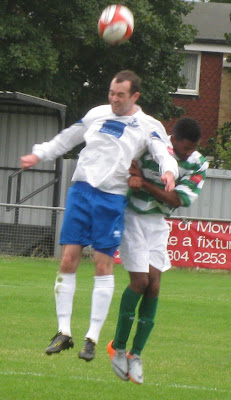 The speedy Deniz Mehmet on the right wing and Sam Byfield on the left along with Adam Wallace up front with Liam Hope sitting in just behind him created numerous opportunities to make the game all square but were unable to hit the back of the net in the first 45 minutes. The best chance fell to Liam Hope who held the ball up well on the edge of the box before getting in a shot on target which was well saved by Harry Ricketts in the away goal. 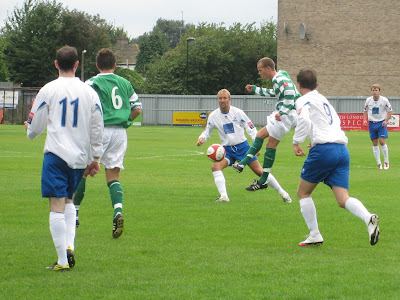 Talk at half-time was Town's first home game of the season last year when Ilford defended well but rode their luck at times to record a smash and grab 0-1 victory. Would it just be one of those days??? 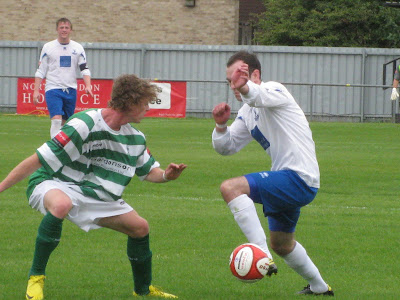 Early in the second period we all thought it was going to be when Mark Kirby's header was cleared off the line to a scramble in the box finishing in Richard Morton's shot bouncing back off the post.

Town kept plugging away and it was in the space of five minutes they turned the game around. The constantly hard working Adam Wallace robbed an Abbey defender of the ball to lay the ball unselfishly across to the unmarked Sam Byfield who knocked the ball into the net to make it 1-1.
A short while later Jordan Lockie's deflected cross was expertly hit into the back of the net by Mark Kirby to the delight of the home crowd. 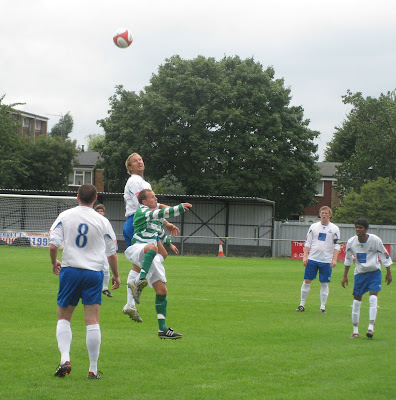 Town could of made it more with substitute Rudi Hall's shot well saved by Ricketts.

The cold end man of the match goes to Mark Kirby who won so many headers at the back I lost count and also scored the winning goal. Jey Siva starting his first competitive game for Town showed some excellent touches when coming forward from his left back position. Lee Protheroe showed his experience sitting in front of the back four putting in an impressive performance. 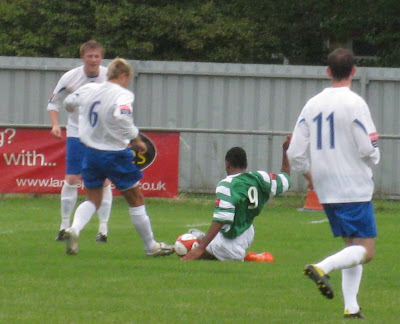 All the Town players stayed positive, working hard to gain the much deserved victory and a great start to the 2010/11 season. 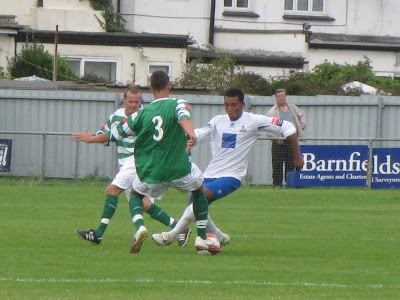 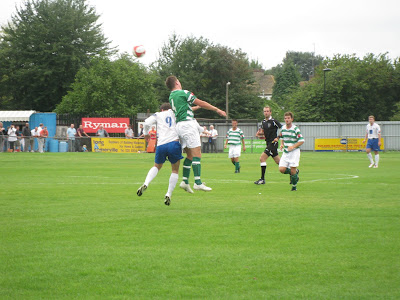