Staines Town who were relegated from the Isthmian League to the Combined Counties Premier Division at the end of last season have recently deactivated their website and social media accounts last week. They are also not listed in the upcoming entrants to FA Competitions. The club have been involved in a long well documented dispute over the club's land since 2018.

Although it's not been officially confirmed it looks like the end of The Swans who were formed in 1892 and only as recently as 2014/15 played in the National League South Division. I'm sure all will become clear soon.

Their withdrawal from the CCL Premier has left a gap which has been filled by Hilltop FC who had finished runner's up in their first season in Division One. They lost the play-off final to Wallingford Town who had finished in third place so were due to play at Step Six again but now take the place Staines Town have created at Step Five. 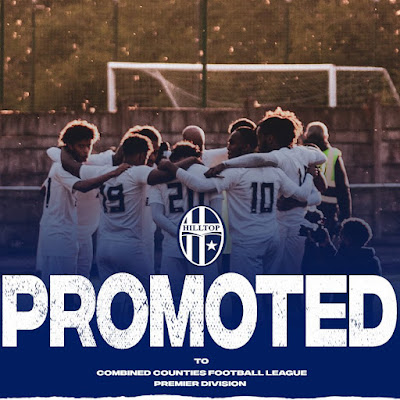 Meanwhile Staines Lammas who play in the Surrey Premier County Football League have changed their name to Staines & Lammas (Middlesex) with a new adjusted badge for the 2022/23 season as shown below.