THE WALNUT BOYS GET THEIR FIRST AWAY WIN OF THE SEASON 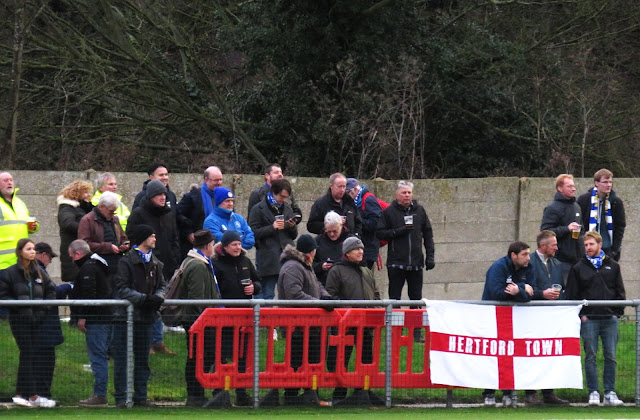 HERTFORD TOWN HAVE A DECENT AVERAGE ATTENDANCE OF 241 THIS SEASON WHICH WOULD OF BEEN HIGHER AS THEY PLAYED LOCAL RIVAL'S WARE AT BISHOPS STORTFORD EARLIER IN THE SEASON DUE TO THE PITCH WORK AT THEIR GROUND. ONLY 172 SAW THIS GAME - I THINK IF IT WAS PLAYED IN HERTFORD THE CROWD WOULD OF BEEN EASILY IN EXCESS OF 500 PEOPLE
MATCH PLAYED ON SATURDAY 8th JANUARY

Kempston Rovers went into this game against Hertford Town with an away league record of just one draw and eight defeats in their nine league games played - the draw had come in their previous away game 1-1 at Kidlington.

The game was played at times in heavy rain on a miserable day weather wise in Hertfordshire.

An early goal from Adam Drakulic made the score 0-1 at half time with the home side unlucky not to score when the impressive winger Obinna Ogbonna hitting the post from the edge of the penalty box.

Hertford Town pressured for an equaliser backed by their noisy home support sheltering from the rain under The Stable End amongst the crowd of 198 present. It was Ogbonna who netted on 77 minutes. Just moments later Drakulic launched a ball upfield on the counter attack for Tremayne Charles to make it 1-2 which is how the game ended for a memorable three points won for the visitors.

Kempston went on to record a further away win on Tuesday 11th January winning 2-3 at St Neots Town before a narrow 1-2 defeat at home to play-off contender's AFC Dunstable.

Hertford Town who have some very impressive young players in their squad lost at home to league leader's Bedford Town on Saturday by a score-line of 0-3 in front of a very good crowd of 403 people.

Player- Manager Ben Herd , 36, who made over 300 appearances for Shewsbury Town and Aldershot Town after starting his career in the youth team and academy with Watford has seen left-back Max Hudson recently complete a trial with League One side Cambridge United having also completed trials with both Dundee United and Birmingham City in 2021. Ben Weyman, a right midfielder, has also recently had a trial period with Cambridge United. Club Captain Isaac Pedro has also trained with Watford last season but is currently out with a bed injury - Hopefully he'll be back out on the pitch soon! 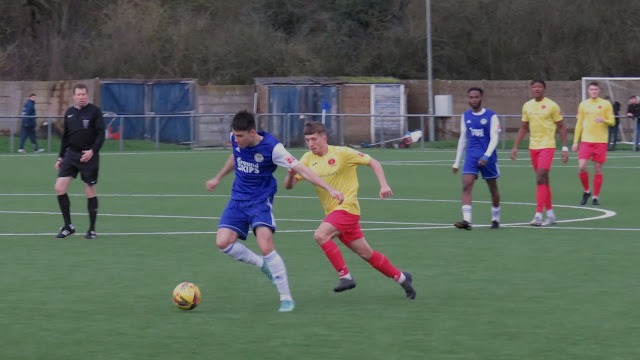 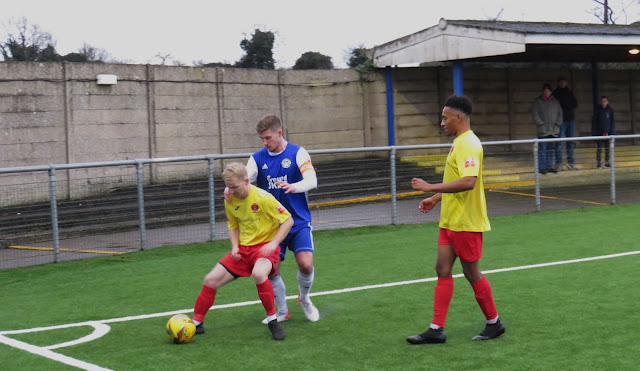 They have a long run of home games as the new state of the art 3G pitch was being put down earlier in the season - This continues with a highly important local derby against Colney Heath on Saturday.