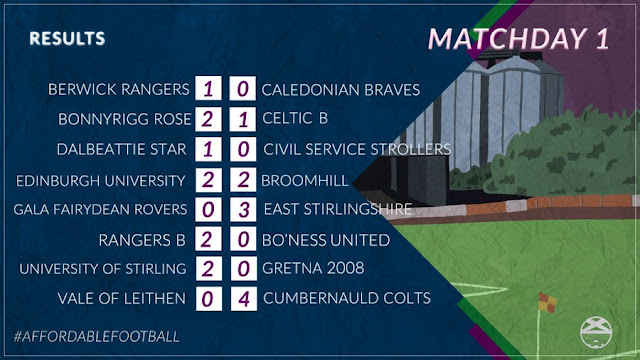 Celtic 'B' and Rangers 'B' made their debut in the Scottish Lowland League yesterday. Celtic 'B' lost to Bonnyrigg Rose by 2-1 with former Watford player Bosun Lawal, 18, on the scoresheet.

Celtic also included 18 year old former Spurs keeper Tobi Oluwayemi who has recently been called up to the England under 19 squad.

Rangers won 2-0 against Bo'ness United with goals from Tony Weston and Robbie Ure. Weston, 17, joined from Blackpool last summer whom he played for in the 19/20 FA Cup game against Maidstone United.