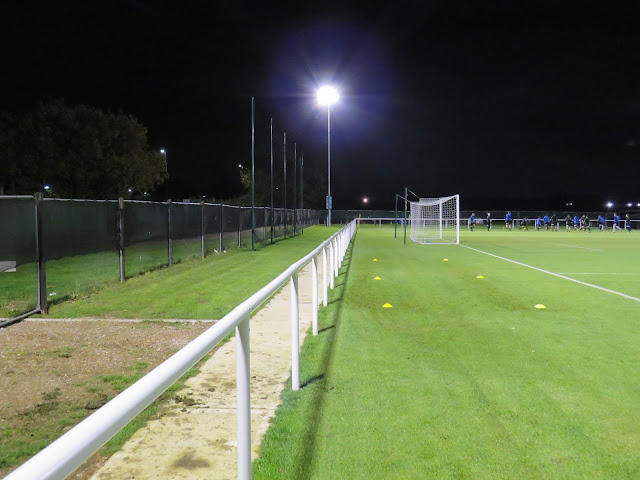 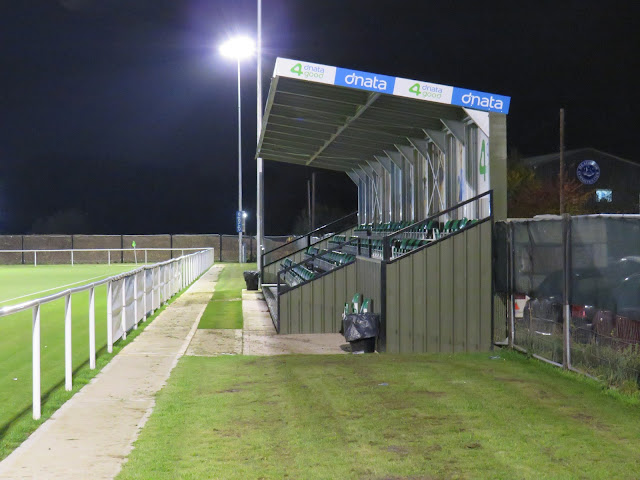 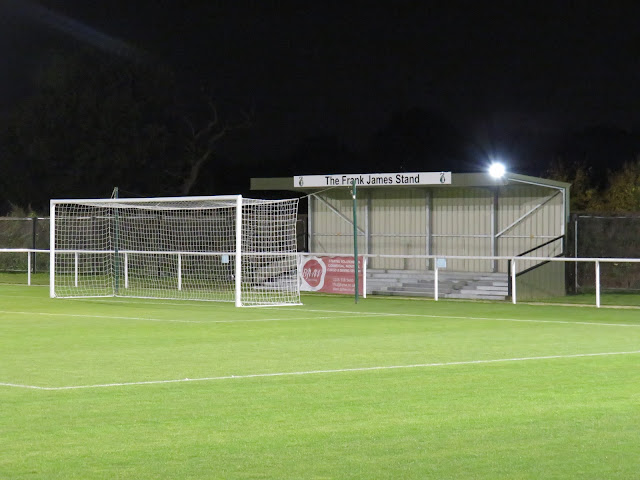 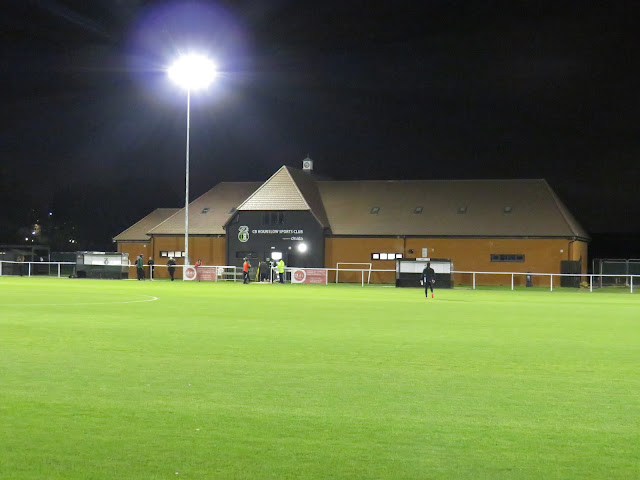 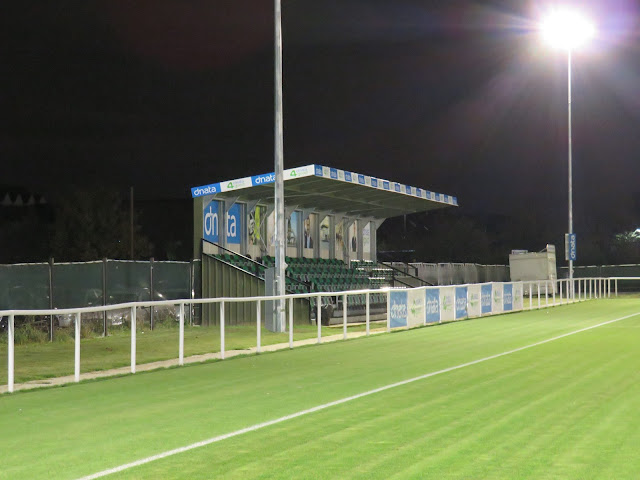 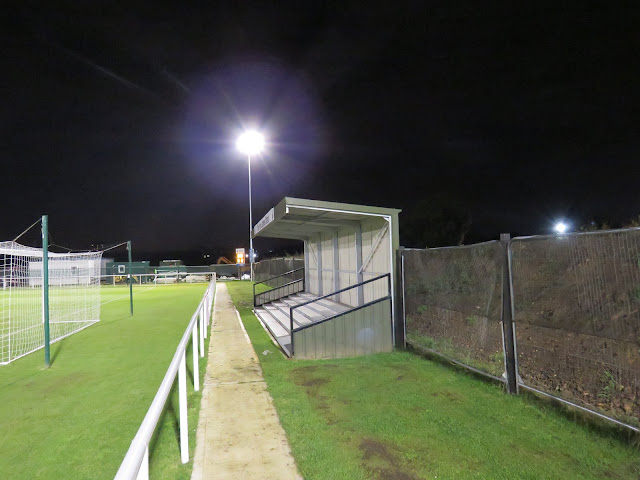 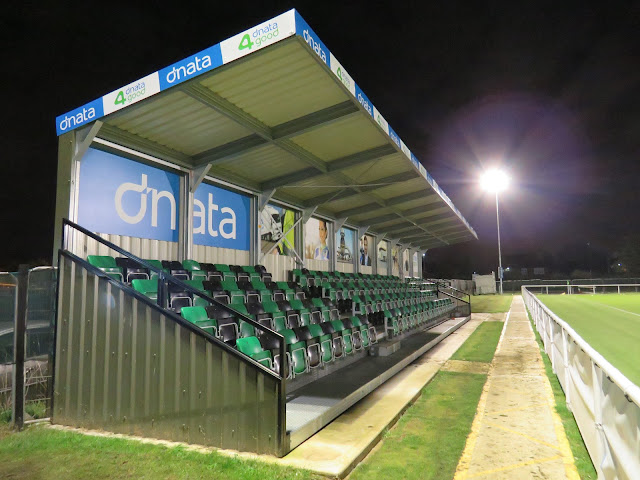 It was great to have a look around CB Hounslow United's new ground at Green Lane last night as their reserve team took on FC Assyria in all Middlesex County League Middlesex Intermediate Round Two game. The ground built for the club at a reported cost of £1.5m was opened this summer after many years hard work by the club to find a home they can call their own which is fantastic to see for the local community. It's already impressive but there is still alot of work to be done with trees planned to be planted along one end of the perimeter and more covered terracing planned. The club were formed in 1989 - The CB stands for 'Cater Bank' a company owned by the father of the club's chairman. They have made progress through the Hounslow and District League before joining the Middlesex County League in 1997 and then in 2006 the Combined Counties League. They had been ground sharing at nearby Bedfont and Feltham.


FC Assyria are having a great season so far sitting top of their division by eleven points after thirteen games played - they play their home games at The Osterley Sports Ground which is a former home of The Dragons as CB Hounslow are nicknamed. The home side are third from bottom in the division winning three of their nine league games played so far which included a 4-0 defeat to FC Assyria in August which made the away side strong favourites for this game.

FC Assyria was formed in the late 1960's to represent the Assyrian Society of United Kingdom based in Ealing. They have been members of the Middlesex County League Premier Division since 2012 where they have finished 11th, 3rd, 13th, 9th and 3rd. They won Division One (West) in the 2011/12 season.
*The Assyrians of today are the indigenous Aramaic-speaking descendants of the ancient Assyrian people, one of the earliest civilizations emerging in the Middle East, and have a history spanning over 6750 years. Assyrians are not Arabian, we are not Kurdish, our religion is not Islam. The Assyrians are Christian, with our own unique language, culture and heritage. Although the Assyrian empire ended in 612 B.C., history is replete with recorded details of the continuous presence of the Assyrian people till the present time. (taken from the FC Assyria website)

The pitch at Green Lane is fantastic - definitely one of the best I've seen for along time. Even the away side commented when they came out to warm up - "What a pitch" one of them said.

The first half saw the away side play some really good football passing the ball around, keeping possession with impressive movement up front and in the midfield causing problems for the home side's back line. CB sat off them and gave them far too much time on the ball which allowed FCA to create many chances to score. The made it 0-1 when a fantastic pass allowed their player to control the ball and score from the most acute of angles on the right hand side of the field. They added a second when a home player lost the ball midway in his own half followed by some crisp and neat interchanging of passing allowed the FCA player to score.

It should of been a few more but the half time score was 0-2. The second period saw a much improved performance by the home side who pushed and pressed higher up the field which was completely different compared to the first half.

It was 1-2 when a long looping free kick into the box was touched home and they could of equalised with one or two more chances only for the away side to break quickly up field and more neat passing allowed them to make it 1-3 which effectively ended the game.

Two more goals scored late on put an added gloss on the scoreline for the away side who look a very very good team for Step Seven on the non-league ladder. 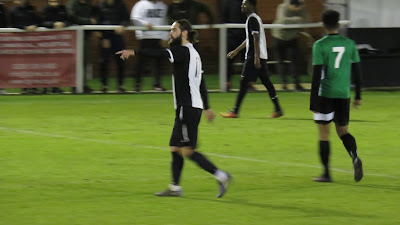 Special mention must go to their midfielder James McCluskey (formerly of Hanwell Town and Northwood) who was brilliant sitting in midfield. He showed some great skill at times and can definitely ping a pass when he wants to. He always seemed to have time on the ball - I think you could call him 'The Middlesex Pirlo' from his style of play and appearance. 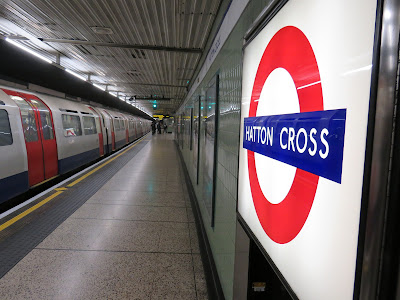 Green Lane is around a 20 minute walk away from Hatton Cross Underground Station which is the place to be for the Combined Counties league. Bedfont and Feltham (ground shared by Kensington Borough) and Bedfont Sports (ground shared by FC Deportivo Galicia) are closer distance with 2016 Premier Division runner's up Ashford Town (now in the Evo Stik South East Division) not too far away either.