FA Cup fever hits Cricklefields today with supporters watching on from the terracing and stand.

Enfield Town are on the march to Wembley with a well deserved 0-3 win over a strong and physical Waltham Forest side at Cricklefields this afternoon. For only a brief period in the second half when The Stags target man Lawrence Yiga missed two reasonable chances did they threaten Rob Blackburne's goal with Town in control for a good percentage of the game. 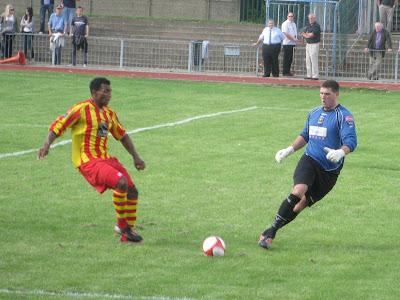 Adam Wallace and Jason Willis go for the ball

Town lined up with a 4-5-1 formation with Adam Wallace up front being assisted by the speedy darting runs of Deniz Mehemet on the right and Sam Byfield on the left of midfield. The central midfield three of Protheroe, Bardle and Morton stood firm against some tough looking challenges put in by the home side. Protheroe put in another impressive and composed performance with Morton in amongst the action in front of goal throughout the game. 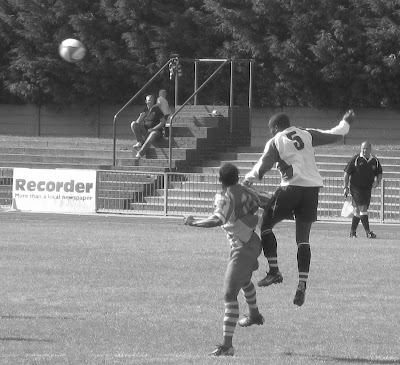 Des Thomas and Adam Wallace challenge for the ball

The pitch at Cricklefields had been rumoured to be in a bad condition but upon entering the ground it was probably the healthiest it had looked for a long time with the vast amount of rain over the last week probably doing the surface the world of good. The grass did appear very long and it was most supporter's opinion present (both home and away) that it needed a cut. 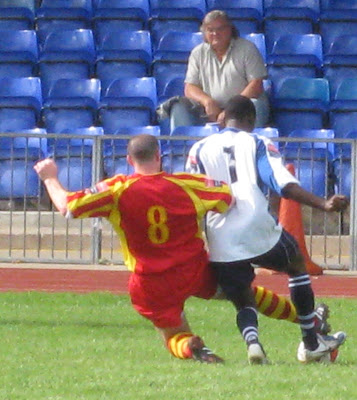 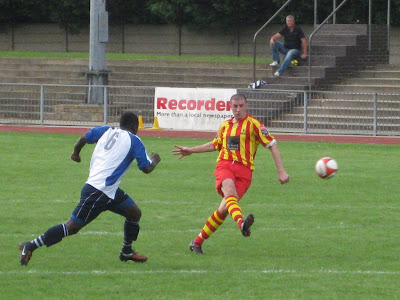 Richard Morton had a great game in midfield for Town.

The first chance of the game fell to Richard Morton whose free kick grazed the top of ex town keeper Jason Willis's bar. Town seized control of the game with Morton again unlucky with a diving header from Jordan Lockie's long ball forward from left back. Adam Wallace was next to nearly put Town into the lead when after beating Forest's offside trap he found himself in acres of space in front of goal from Protheroe's cross. Wallace's header was expertly saved by Willis with the game ending goalless at half time. 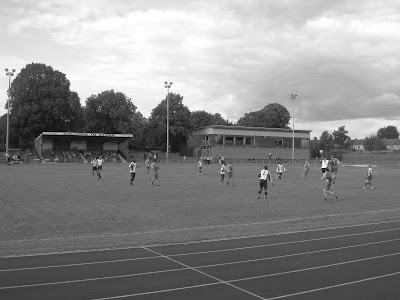 Forest came out and had their best period of play just after the break when Yiga missed his two good chances to put his side 1-0 up. The 2nd chance was put wide thanks to a wonderfully timed sliding challenge from Jordan Lockie. 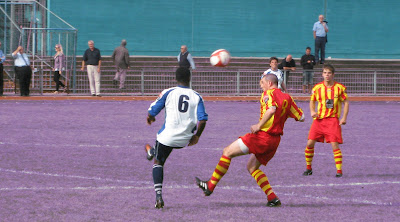 Town began to take control of the game again after this and took the lead through a Lee Protheroe penalty kick. This is where the talking point of the game was for both sets of supporters present. Was it or wasn't it a penalty?? Jey Siva's free kick was chased by Sam Byfield in the box who was challenged by Gbenga Ladega who did bring down Byfield but from the cold end exclusive replay it looks as if he did get a slight touch on the ball. It was one of those ones which you've seen given and not given?? Looking at it from a neutral point of view Ladega can be slightly aggrieved the referee pointed to the spot. I've looked at it a few times and still can't make up my mind 100% - who would want to be a referee having one look at it and making the decision on the spot??? 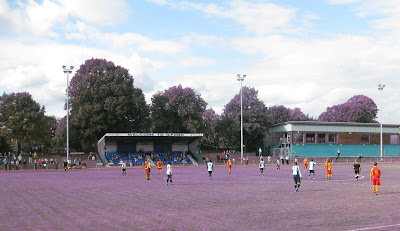 Town made the game safe when Bardle broke the offside trap to slide the ball across to Richard Morton who touched the ball into the net. 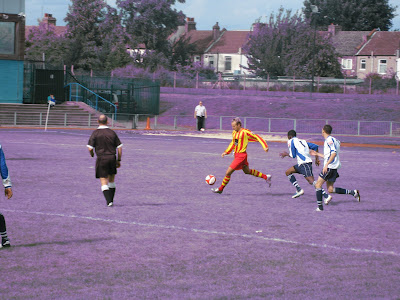 It was 3-0 not long after when hard working Wallace won the ball to cross to Byfield who slid the ball into the net past Willis. (THE COLD END SENDS APOLOGIES TO SAMMY AS I DIDN'T CAPTURE THE GOAL ON FILM....THE SECOND WEEKEND RUNNING I MISSED HIS GOAL!!!!)

The Stag's Jason Willis against a backdrop of travelling Town fans

So all in all a good performance from Town today to earn some much needed FA prize money and a game in the First Qualifying round against either Aylesbury FC or Arlesey Town of the Zamaretto Central Division. They drew 1-1 earlier today and replay in midweek. Whichever team Town play in the next round it'll be a tough games as both had made good starts to their league campaigns. 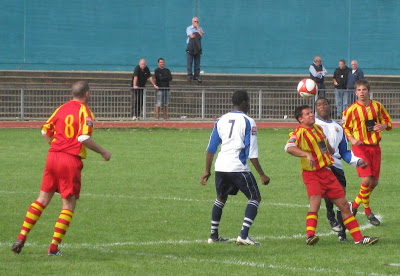 The cold end man of the match goes to Richard Morton who put in a sterling performance in midfield. Could scored 2 or 3 in the first half and did get on the score-sheet in the second half. He is followed closely by Deniz Mehmet who also stood out with his speed and agility when running with the ball today. 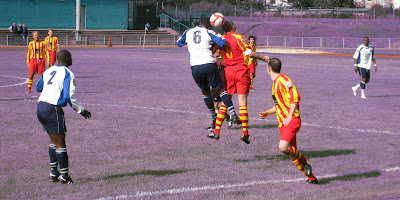 The cold end saves a special mention to Fabio Jesus, who was on the bench for Waltham Forest, who is surely one of the greatest and most unique named players seen opposing Town since Clint Sunshine-Fatt turned out for Eton Manor against us in the Essex Senior League days.