Kingsbury London Tigers V Kentish Town
Spartan South Midlands League Premier Division
Tuesday 17th August 2010
Supporters of Tottenham Hotspur have always argued that their so called North London derby match against Arsenal is not in fact a "derby" at all due to the Gunners history (albeit a very long time ago) emanating from South London. The age old argument will no doubt be debated in the weeks leading up to the two Premier League rival's matches this season, so to save supporters wasting time the cold end has now renamed the Spartan South Midlands League Premier Division games between Kentish Town and Kingsbury London Tigers 'THE REAL NORTH LONDON DERBY'. 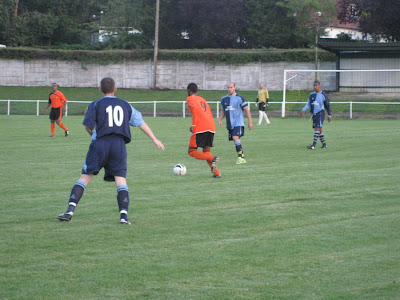 Just four miles separate their grounds at The Copthall Stadium and Silver Jubilee Park - it was at SJP that The Tigers welcomed The Towners for their first league match up on Tuesday night. 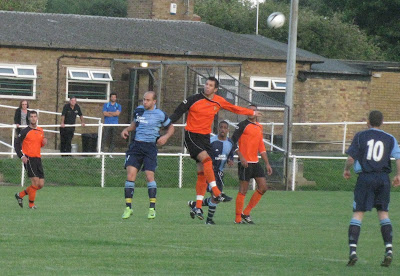 Forget 40,000 + paying silly money to sit in The Emirates or at White Hart Lane this was proper football as just 29 loyal fans and supporters gathered to watch what turned to a be an eventful and entertaining contest.

The cold end has long been a fan of Kingsbury London Tigers for the brand of passing skillful football they play whenever I have seen them. It was no different on Tuesday night as the Tigers took the game to their visitors who must of thought SJP was in fact their home stadium having beaten Essex Senior League Champions Stansted 1-0 just two days earlier on the ground on Sunday afternoon. 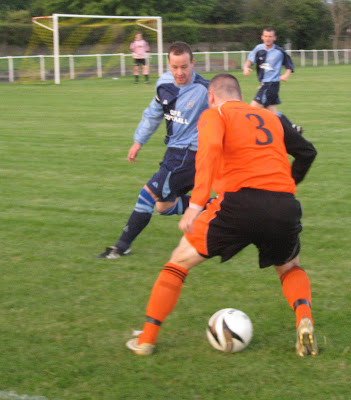 New Tiger's manager Georgi Miashvili was interviewed in the match programme where he states he wants the team to play beautiful intelligent football.

Kentish Town did break forward with Lee Scott and midfielder James Lindsay showing some good touches. Scott in particular held the ball up very impressively, when dropping back from centre forward, then putting some good balls over the top of the Tigers defence for fellow players to run onto. Tiger's centre back Milo Brown who is a very tall and athletically built, shadowed Scott for most of the game putting in another impressive performance. 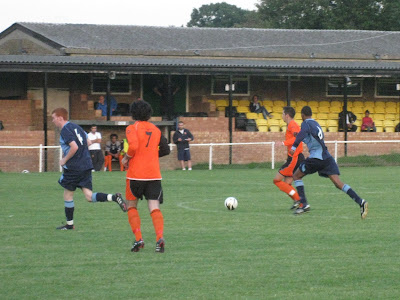 Tigers took the lead when Gomes Forbes latched onto a through ball on the break to stroke the ball home into Damien McCarthy's right hand corner from the left hand side of the edge of the box. A great finish!!

Scott had a chance to level the scores when through on goal but put his shot wide. It was Tigers who had the chance to make it 2-0 when Dale Archer brought down Ahmidi in the box for the referee to blow up and point for a penalty. The resultant spot kick was stuck well by Cata only to be well saved by the diving McCarthy.

Town continued to break forward against Tiger's attacking play and were extremely unlucky not to level up the scores when a sublime back heel and turn by James Lindsay allowed him to beat a group of Tiger's defenders to play in Scott whose shot was comfortably saved by Valentin. The video highlights include Lindsay's skill which wouldn't look out of place on the showboat section of Soccer AM. 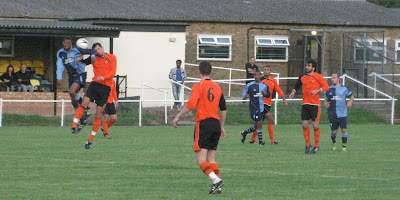 It was 1-1 only a short while later when a needless push in the back on a Town player by a Tiger's defender right on the edge of the box resulted in the referee blowing up and pointing towards the spot. Anthony Clark confidently dispatched the spot kick to make the game all square.

Tigers then grabbed hold of the game and had the best of the play prior to the break making it 2-1 when following some more good work from the tireless Cata that caused a Town defender to clear the ball with a big hoof only for it to rebound off off another Town player into the path of Ahmidi who took the ball around the keeper and slotted the ball into the back of the net past the late dive of the Town defender. 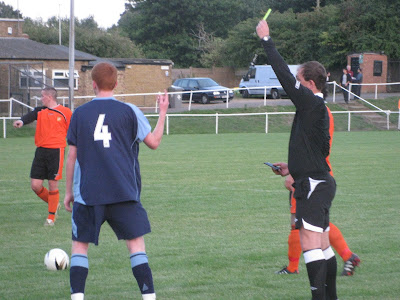 The game could of been wrapped up just prior to the half time whistle when the impressive Gomes-Forbes's shot went past McCartthy at a rate of knots only to smash against the cross bar and out. Tigers kept hold of the ball and Gome-Forbes had another shot from the same angle which McCarthy parried into the path of Cata who looking back will have wanted to do much better with his shot which sailed over the bar.

The pitch at SJP has a slope which Tigers were playing down in the first period which some of the Town players remarked upon when coming out following the break. 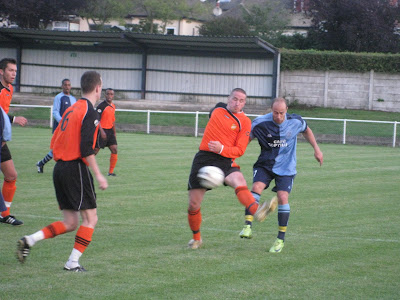 Town had the better of the second half with Scott looking impressive. His run from his own half resulted in Budraitis Norijus bringing him down resulting in a free kick which was a very long way out from goal. Rory Kay's (who also worked really hard in midfield) shot from the rolled free kick went close past Valentin's post. The away side had a great shout for a 2nd penalty when Tiger's substitute appeared to bring down the advancing Town player. The referee didn't think so and waved play on despite the protests of players, supporters and management ringing in his ears. Lee Scott then found himself through on goal with his shot well saved by Valentin.

With about fifteen minutes left the heavens opened and there was an almighty downpour causing the cold end to run for cover behind the goal. 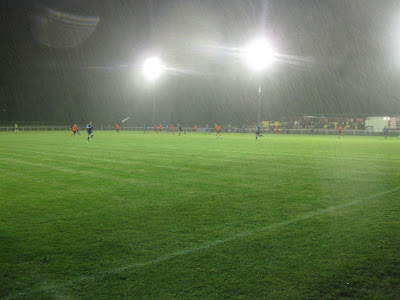 THE RAINY CONDITIONS SET IN AT SILVER JUBILEE PARK

Town got the equaliser their play deserved when Valentin spilled the ball (possibly due to the freak weather conditions) into the path of Udama Kalu whose shot his the back of the net to the delight of his team mates and management. 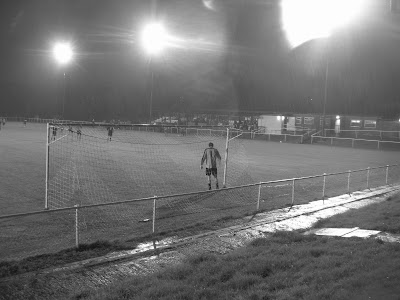 There was still a chance of both teams winning the game with a good header saved by Valentin and Cata getting on the end of a long throw at the near-post which was kicked off the line by McCarthy.

An absolute fantastic game in which a draw was a fair result. A great advert for the Spartan South Midlands League and the non-league game in general. Proof you don't have to shell out an arm and a leg for a afternoon or evening quality soccer entertainment. 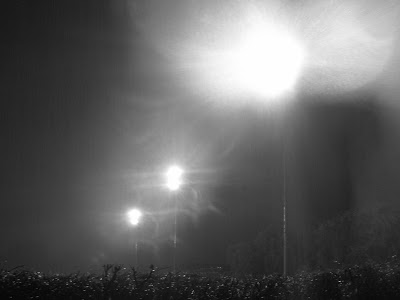