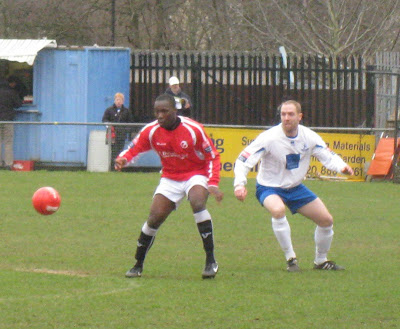 When club's are in the running for Championships, Play-Offs or even in a relegation dog fight, commentators, managers, supporters and almost everyone will always say to win a scrappy game 1-0 is all that matters sometimes. Today was that day at a overcast and rainy wet Goldsdown Road!!

It could of been a bit more comfortable for the Town who did create chances but had it not been for a quality save by Darren Bonfield it may have only been one point instead of three going towards the play off total. 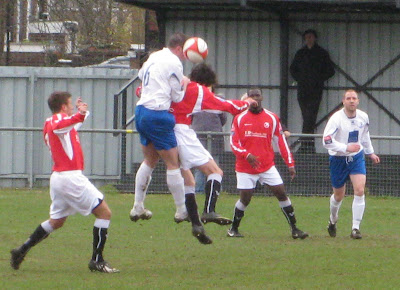 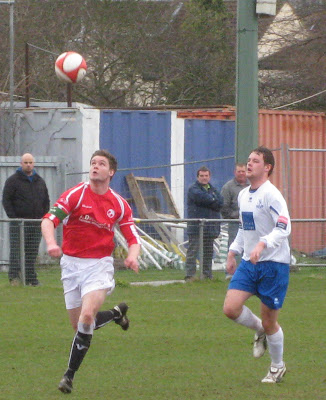 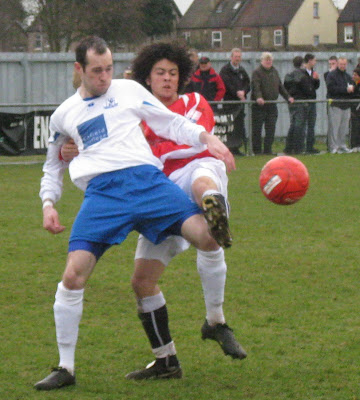 Town seemed to have the edge over the visitors for most of the match but with the score on a knife-edge at 1-0 it was a very tense Goldsdown Road throughout the second half. 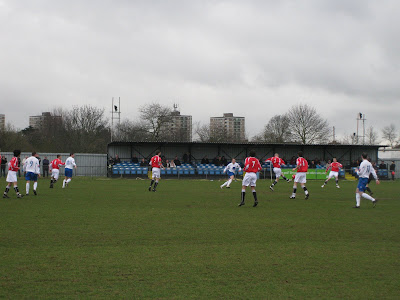 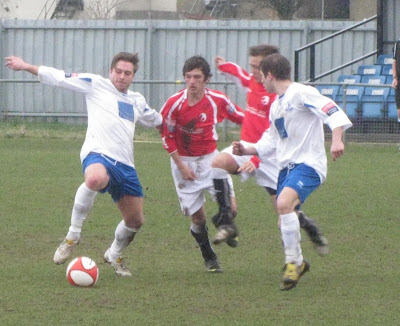 Richard Morton had a good chance in the opening exchanges when he found himself in space on the right hand side of the goal only for his shot to be blocked. Swifts had pace in abundance going forward but the Town back four of Blower, Kirby, Smith and Bardle was well drilled and held them at bay until a mistake by Smith let in Perry Sandsford who only had Bonfield to beat. Bomber came out very quickly indeed and his dive at the feet of Sandsford blocked the shot denying a certain goal. Great goalkeeping!!! 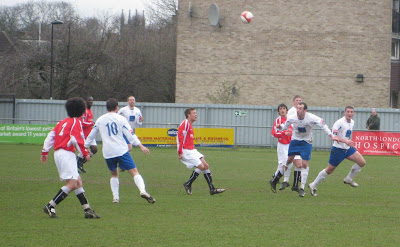 Andy Jones then got his shooting boots on sending in a rasping shot on target from outside the box which was well saved by Swift's keeper Jamie Bowyer to his left hand side.

Town pressed well and from a corner by Sam Byfield floated across a great ball for Mark Kirby to header into the net from close range and make it 1-0 to the Town. 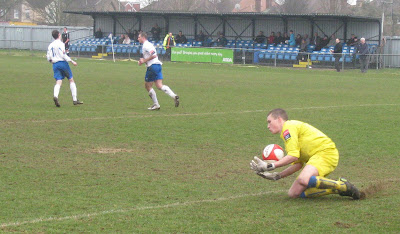 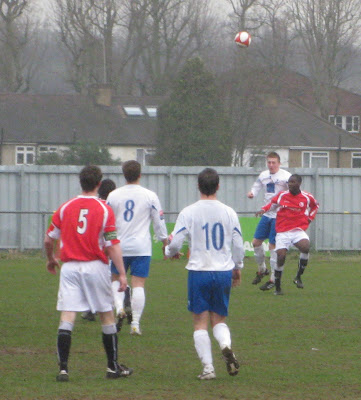 Jordan Lockie, who has impressed at right-back of moved forward today to right wing/midfield in place of Ben Hammond, then sent in a good cross which Stuart Blackburne headed on target but it was easily saved by Bowyer.

The second half was much the same with little clear cut chances being made. Town had a great chance to make it 2-0 and put the game out of sight for the Swifts. From more excellent work on the right by Lockie, Stuart Blackburne shot on target, low to the keepers left only for it to be saved with the ball coming out to Liam Hope. The ball appeared to get under Liam's feet allowing him not enough time to put the ball into the net. 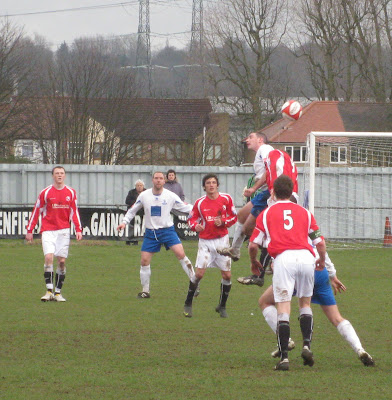 Bomber was having an inspired day and he made a save of great quality from a deflected Swift's free kick. With the ball appearing to be dropping into the net Bonfield lept almost like a cat-like and tipped the ball over the bar to preserve Town's slender but all important lead.


BOMBER SAVES THE DAY WITH A FLYING SAVE OF THE HIGHEST QUALITY!!

Prior to this save he had also got down well to his right hand side to push a Swifts shot past the post. He also gratefully but easily caught a header from which was heading straight for him. This appeared to be the first time any Swift's player had got a header on target and it was very near the end of the game. This can only be down to a great performance from Mark Kirby and Rory Smith in the centre of defence. I lost count how many headers Kirby won at the back as he put in another man of the match performance. Special mention to Morts who also played very well winning tackles and headers in the midfield - doing the simple but essential things with ease.

The match finished with five minutes injury time added on and it was a welcome victory for Town after Tuesday night's defeat. Apart from the three saves made by Bomber the Swifts didn't threaten at all and it was a Town who created the best chances and deserved the three points. 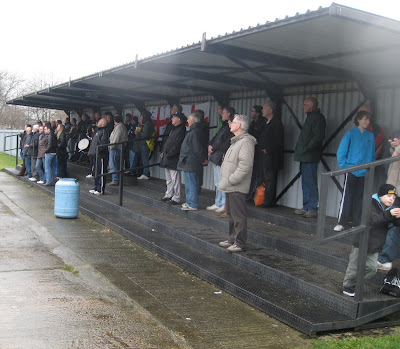 Two views of the Town supporters at Goldsdown Road yesterday