WAS THE BALL OVER???

Once again the cold end couldn't make it to the Town match tonight (three in a row now but I'll be there on Saturday) due to work commitments but can give you the good news we won 2-1 and are through to the second round to play another SSMFL side Harefield United at Goldsdown Road in December.

I did get to a game in the United Counties League at Stotfold who entertained St Neots Town. Town are managed by West Ham and QPR legend Steve Lomas who barked out orders from the dugout throughout the match in his familiar Northern Irish lilt. The match was won by the away side 2-0, the scoreline suggests it was an easy game but it was far from this and the home side had their chances. 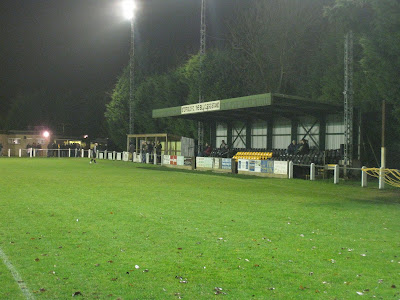 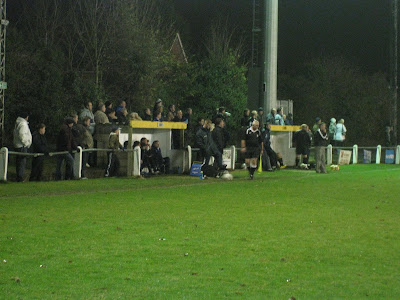 St Neots Town have a plush new stadium at Rowley Park and are riding high at the top of league in company of Daventry Town looking for promotion with Stotfold in 4th place who have won the UCL recently but weren't promoted. A very healthy crowd including a large travelling contingent saw a highly competitive game. St Neot's did have a "goal" (was it over the line or not??? Judge for yourself on the video below) disallowed in the first half. The cold end was impressed with ex Stevenage Borough player George Brinkman up front for the home side and midfielder Daniel Jacobs for the away side. Stotfold's Roker Park is a nice little ground with a stand and some cover on one side and the dugout's opposite.