HOPES OF TROPHY GLORY WASHED AWAY IN SEASIDE DEFEAT 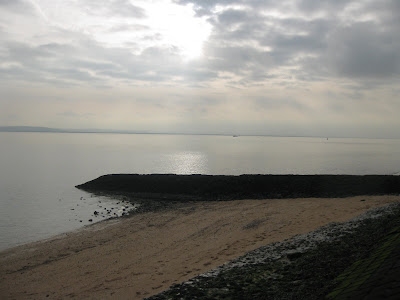 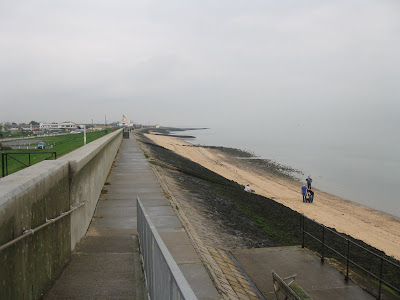 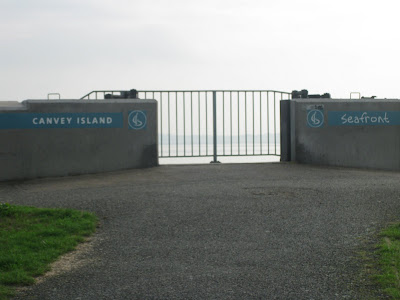 Town's run in the FA Trophy was halted today in a 2-0 defeat to Concord Rangers at Thames Road. The day was summed up by a Town supporter who quipped 'just another bloody day at Concord' on the final whistle. Apart from our 4-0 win in the Essex Senior Championship year we never seem to play well or win on the Seaside Island. 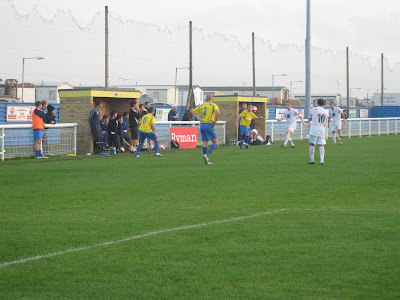 Town were missing Stuart Blackburne and Adam Wallace so started with Roberto Minniti and Fabio Valenti up front with Mark Kirby wearing the number 9 shirt in the centre of midfield. 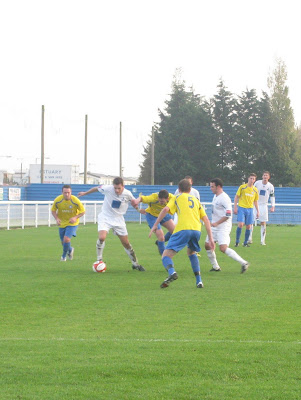 For late October it was a lovely day down on the Essex coast as the two teams took to the field. The home side were missing the influential goal-machine forward Lyle Taylor but showed how strong their squad is by replacing him with ex AFC Hornchurch forward Ross Wall. 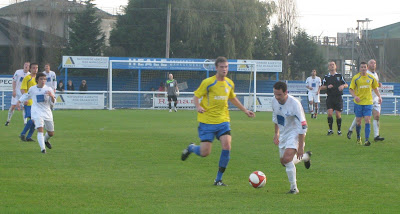 It was Wall who had the first chance of the game after around 10 minutes when his shot was well saved by Rob Blackburne who parried the ball to Ross Edwards who put the ball out for a corner. Shortly after Wall should of done better with a lob which went over the cross bar. 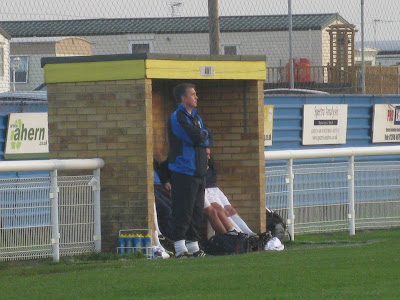 The Town forward line were working hard but couldn't create any opportunities. Roberto was holding the ball up well and passing through to Fabio who was caught offside more times than I can remember in the first half by a Concord back four who were playing high up the field. Fabio did have a good shot from the edge of the box after some good work by the Italian but Dale Brightley in the home goal saved comfortably to his right hand side. 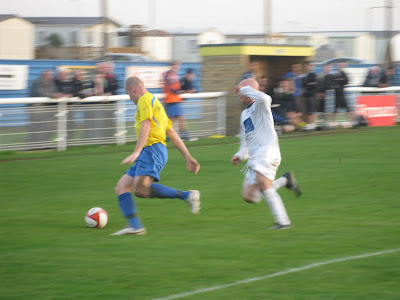 Wall continued to be a thorn in town's side working well with Danny Heale and he opened the scoring when a mis-placed pass on the right side of midfield by town let him in on the edge of the box to shoot past Rob Blackburne's right hand side. 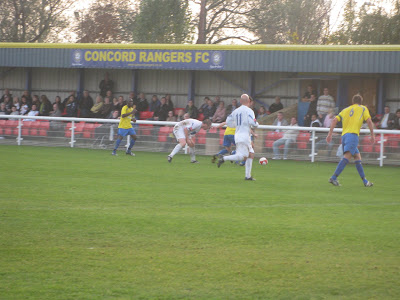 Michael Begg on the home side's right wing showed skill and pace with Easterford and Skelton in the centre of defence looking fairly comfortable all of the first half.

The Director came up with the fact that the two Danny's (Canvey Management) might have been reading 'how to do well in the Ryman League One (North)' a book which could be written by Aveley Manager Rod Stringer.. The blueprint being two big imposing centre backs, a strong midfield, pace on the wings in Begg and a goal-scorer in Lyle Taylor (and Danny Heale) 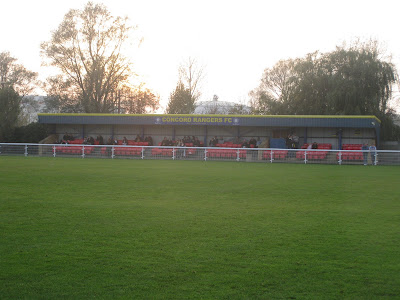 With one shot on target and two corners forced and going in 1-0 down it wasn't the best half of football for the town, Steve and Del may well have had some stern words to say in the dressing room at the break.

The second half started in a more encouraging fashion with Dave Bastian making some encouraging runs from left back and a Roberto free kick which went straight into Brightley's hands. Mark Kirby also found himself free on the edge of the box with loads of time on his hands when the ball came over to him he unluckily volleyed it high over the bar. 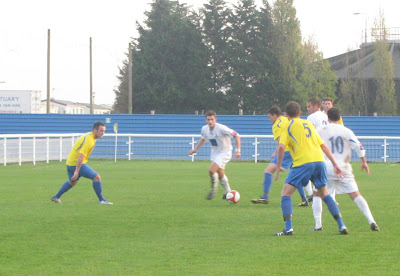 Wall was still proving lively up front for Concord and he got another shot of target which was saved by Blackburne with his strike partner Heale having a shot on the turn straight at Town's keeper.

It was then Concord made it 2-0 when a short corner was whipped into the box by Michael Begg. This cross is now an entry in 'when average crosses get better?' as the ball missed everyone in a white and yellow shirts and bounced into the net. A very unlucky goal to concede.

Town made a double substitution with Ross Edwards and Matt Thompson leaving the field for Rudi Hall and debutant Sam Byfield. Shortly after Minniti left the field of play for Jordan Lockie and Kirby was pushed forward.

Town were probably the better team in the final moments as Rudi had a good dipping shot which just went wide of the post and Lockie had an effort cleared off the line.

Byfield showed some good touches considering he hasn't played since spending pre-season with Wingate and Finchley. As always seems to be the case at Thames Road it just wasn't meant to be.

Concord deserved their victory and it has to be taken into account Town were missing Blackburne and Wallace at Thames Road which baring the hick-up against Leyton last week is usually an impenetrable fortress. Couple this with the fact Concord were penalty kicks away from promotion last season and have since strengthened their squad it was never going to be easy today.

We still have the Ryman League Cup (which we've never won a game in) with Middlesex Senior & Charity cups to compete in along with the bread and butter stuff in the league to enjoy.

Loosing three on the trot isn't brilliant but as the pundits will tell you all good teams have blips and I'm confident with the players we have and the new signings brought in we'll be in with a shout of the play-offs. Lets hope the 'blip' turns into a winning run and not a nightmare!!

Full marks for the Concord programme today which stated Town came from the Ryman Premier League!! 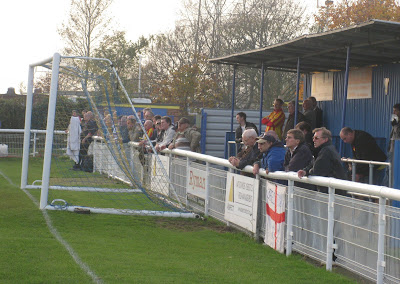 TOWN'S TRAVELLING ARMY OF FANS SAW OUR TROPHY HOPES FADE AWAY TODAY
at 19:26