THE MIGHTY K'S END THE SEASON AS COMEBACK KINGS

Knebworth have struggled all season in the Hertsavers Senior County League Premier Division but over the past six games with interim manager Steve Cook in charge the team's performances have improved. The Mighty K's finished their season yesterday by entertaining fourth bottom Bovingdon in a game with nothing riding on it but which ended up a really entertaining game including six goals scored.

Saturday 7th December 2013 was the last time Knebworth celebrated a victory (away at second placed Hinton 2-3) and since then their form has read DLLLLLLLLLDLDL going into yesterday's game. The game was played in blustery overcast conditions with intermitant spells of sunshine which warmed things up for the small crowd watching. The wind assisted both teams as the game included three goals scored directly from corners which you can see from the video below. Knebworth went 1-0 up (from a corner) and played some good football but it seemed luck was on Bovy's side as they went in at the break 1-3 up. One of the two goals they scored from corners was a real piece of luck as the ball span back into the goal after bouncing once (see video). The K's backline had conceded 101 goals in 29 games prior to kick off.

The K's scored a dramatic last minute equaliser to make it 3-3 and put a positive end to what has been a real struggle of a season. They finish bottom of the Premier Division and will play Division One football in 2014/15.

Selected highlights from the game 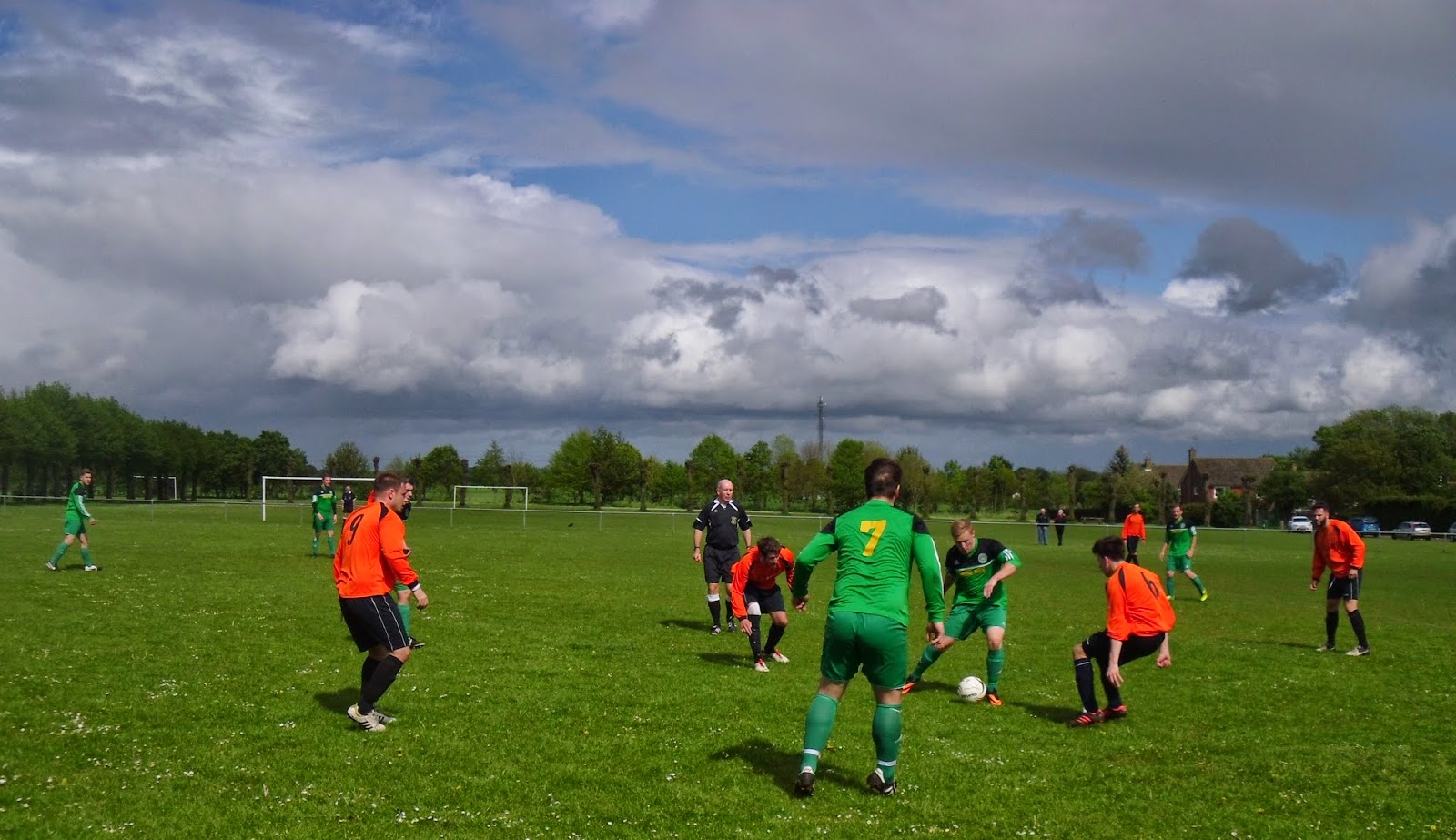 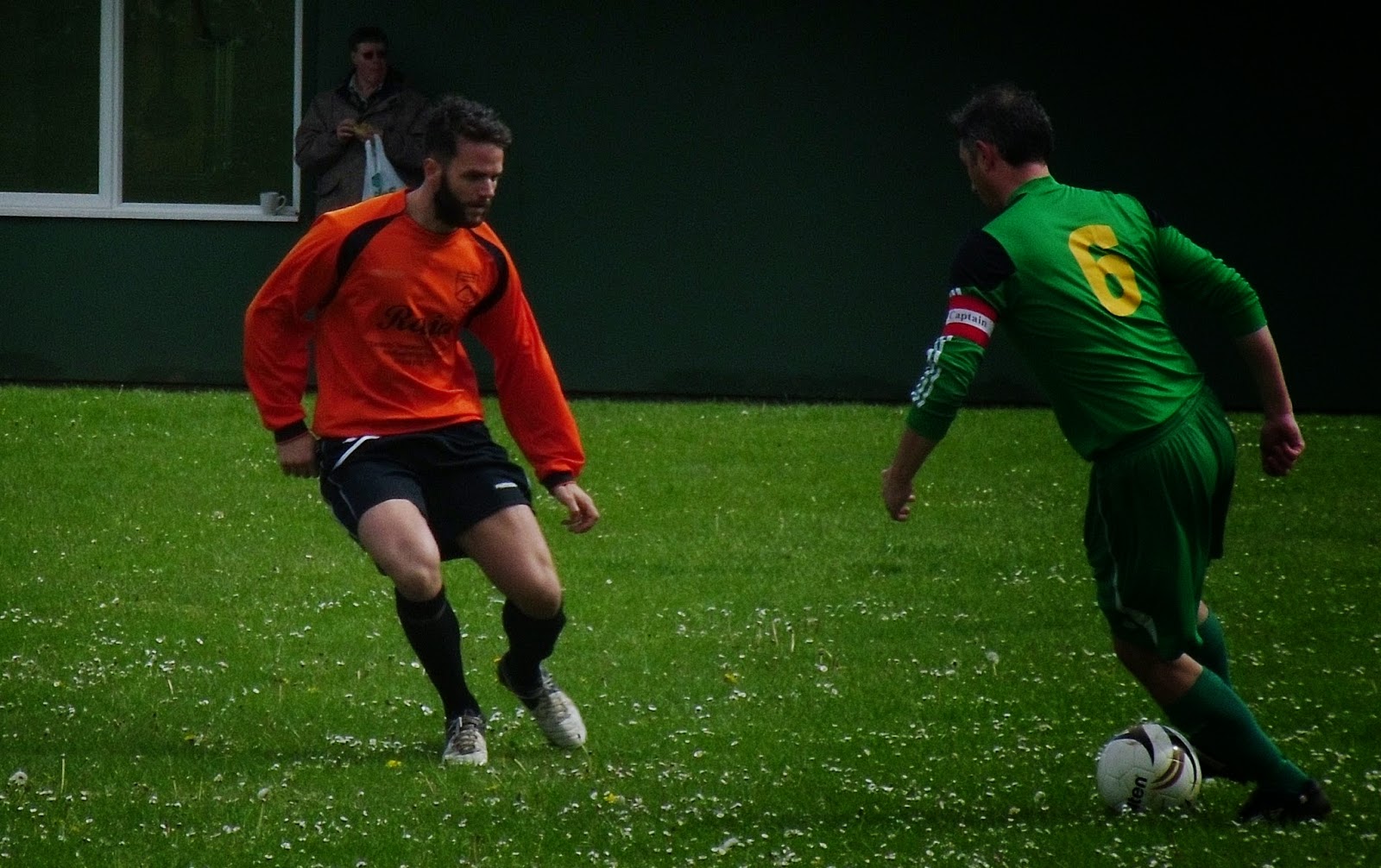 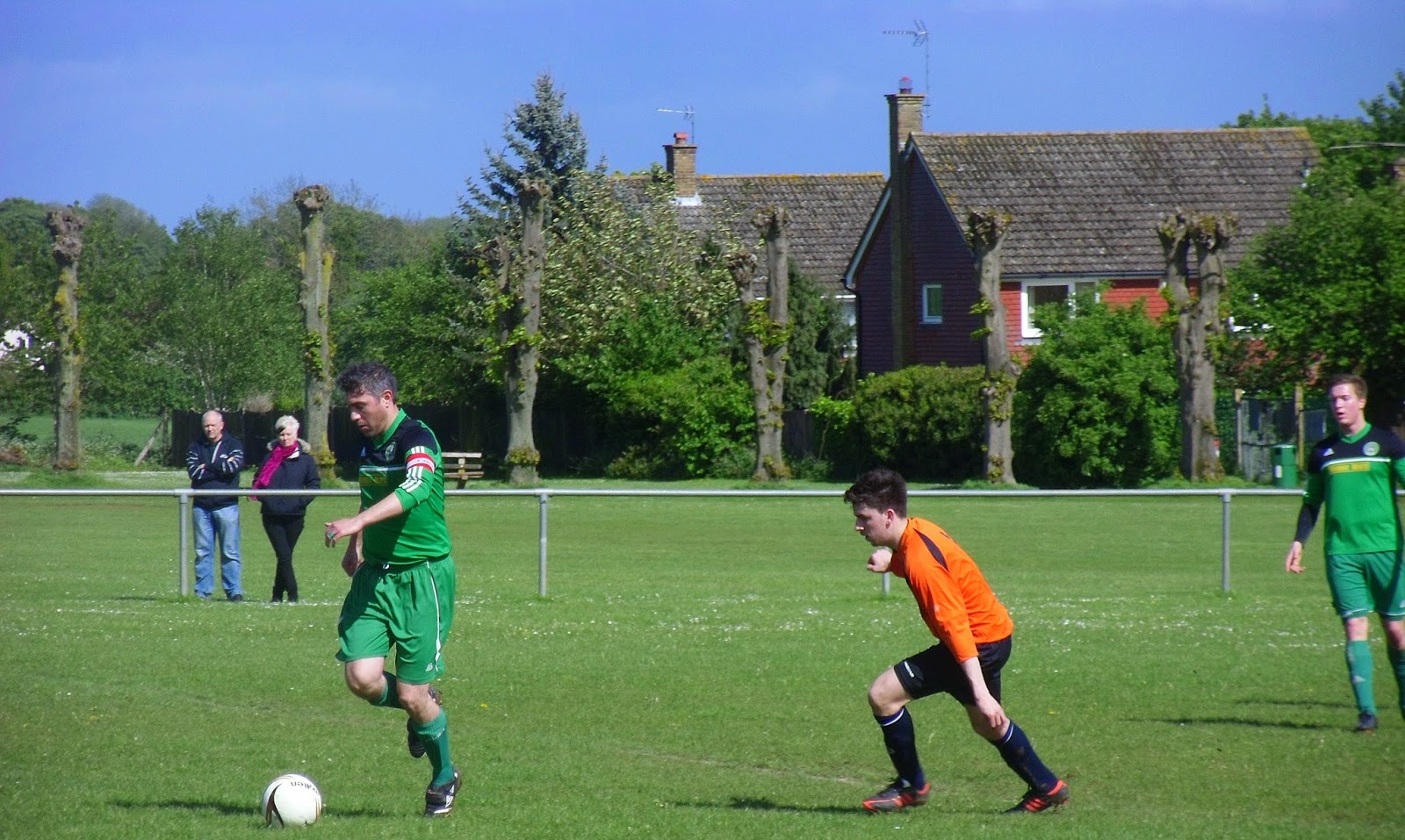 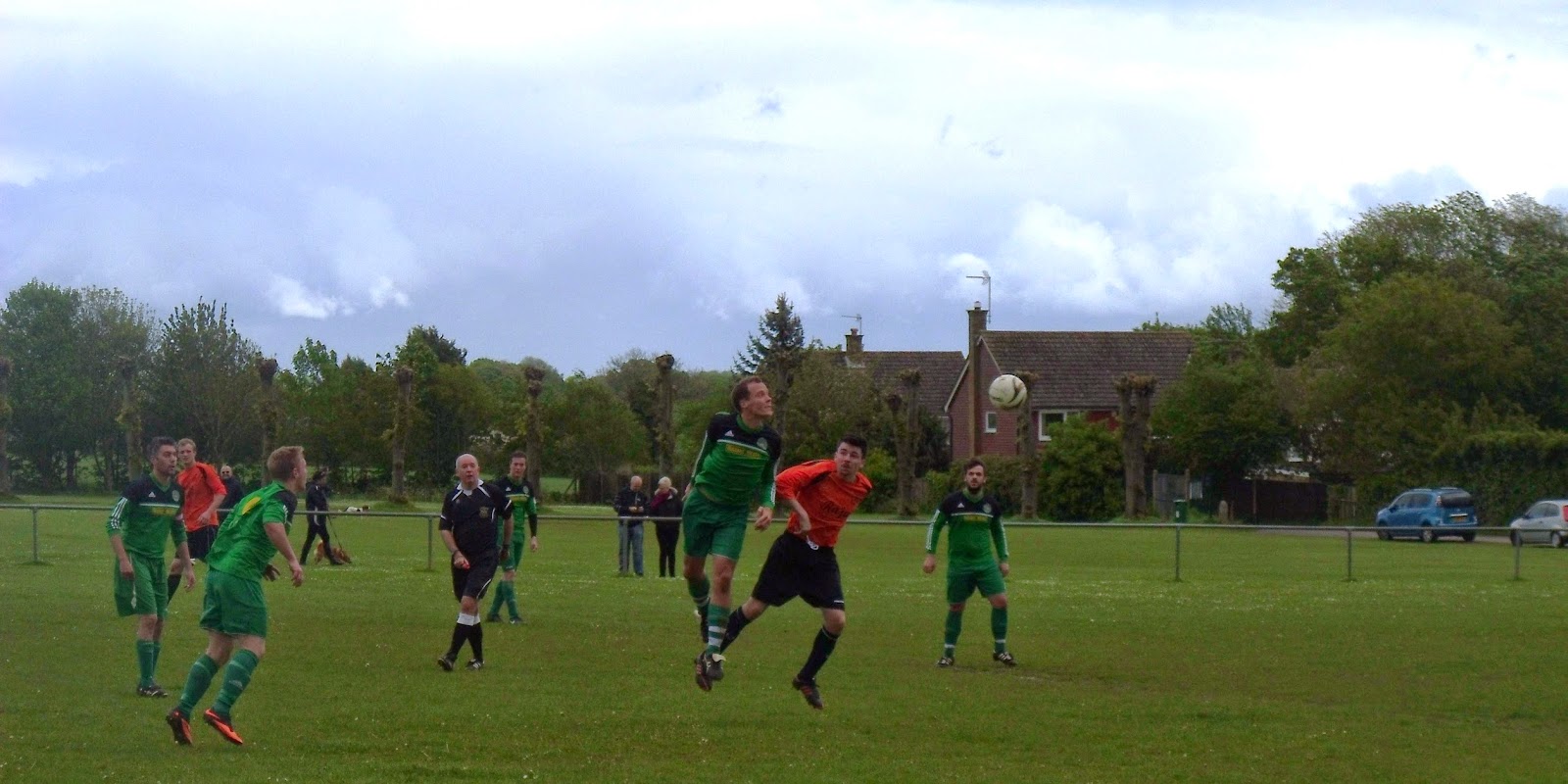 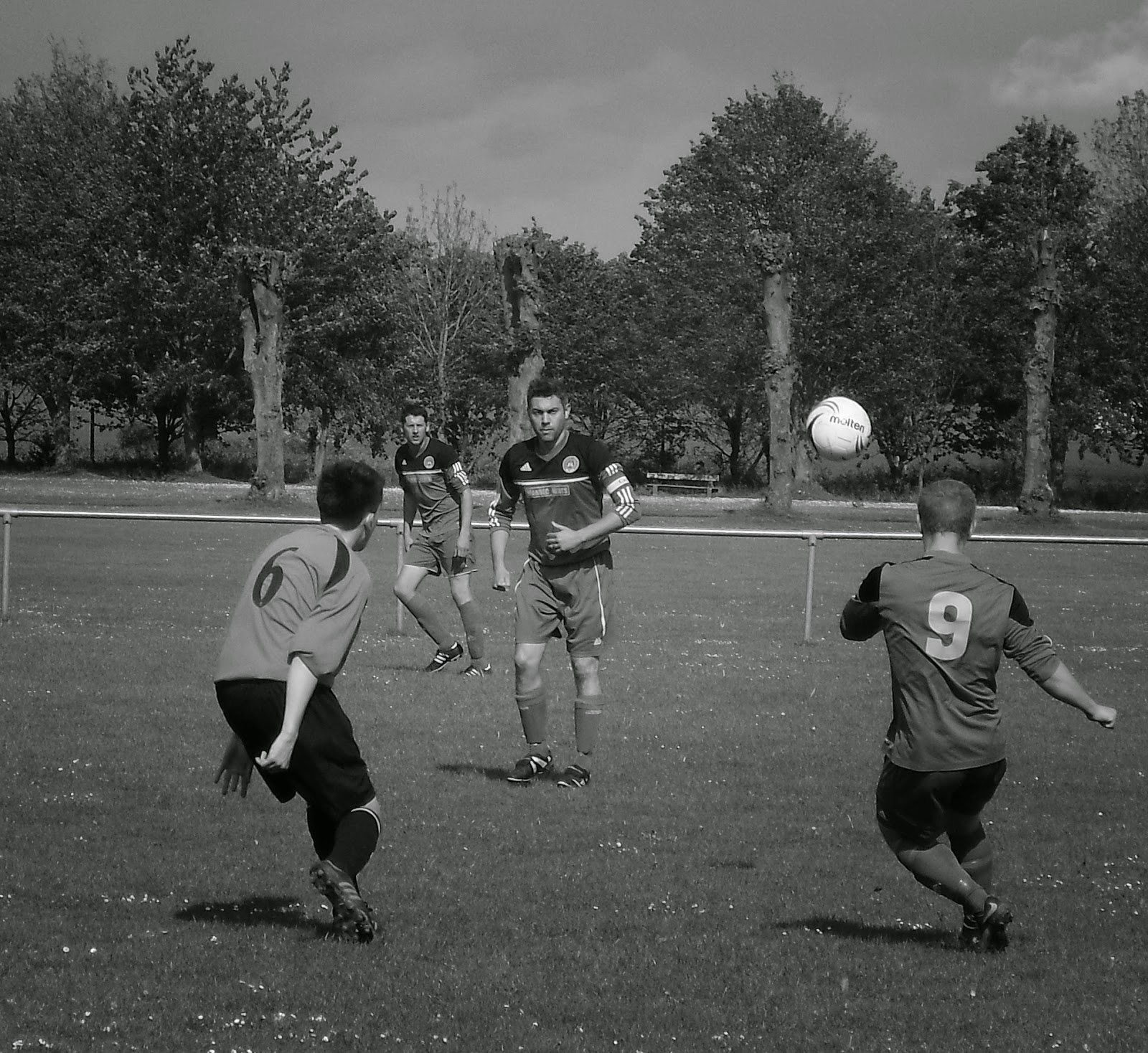 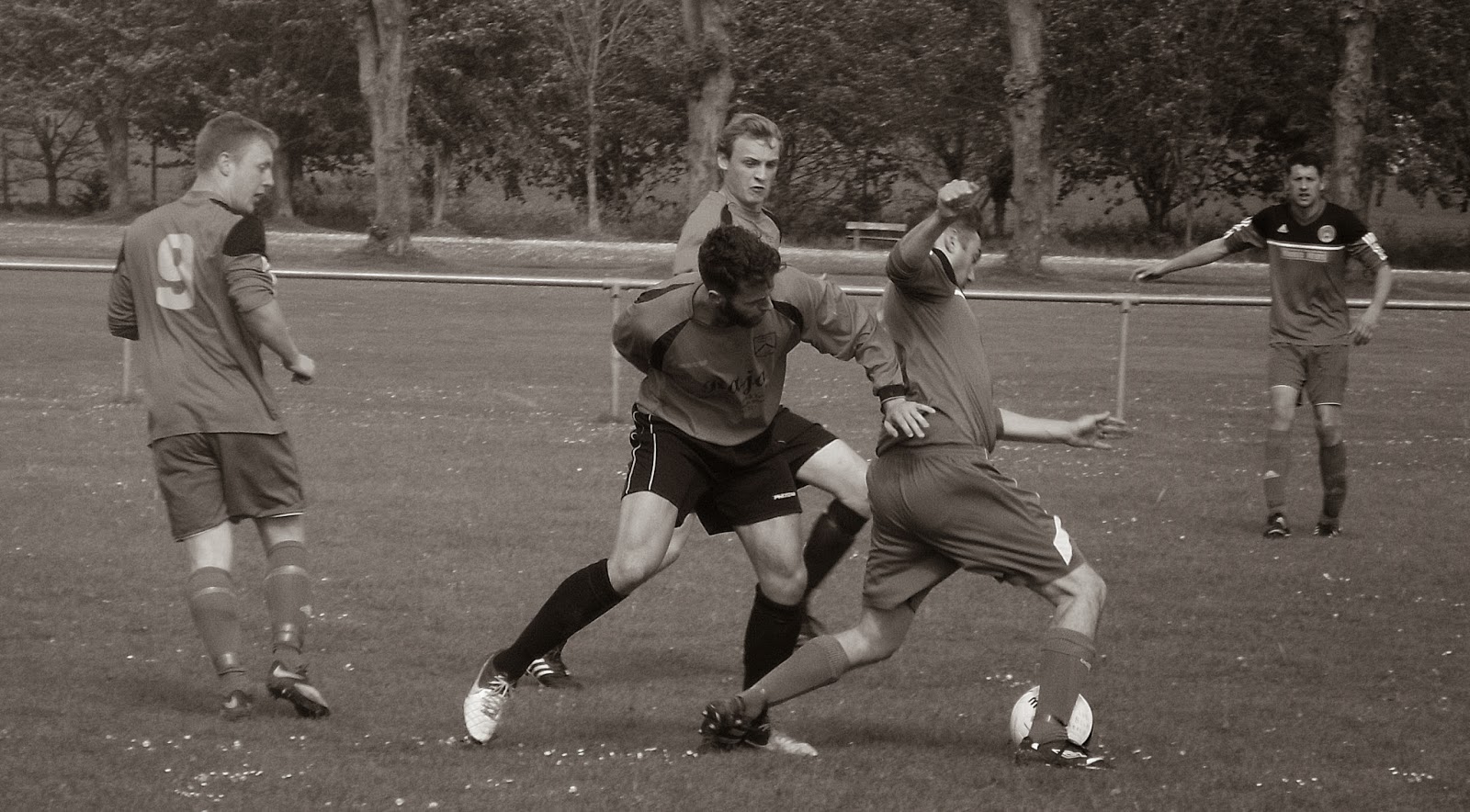 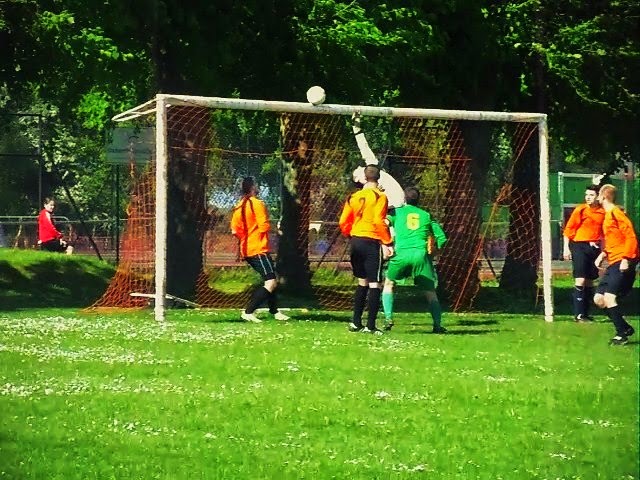