GREALISH STARS FOR YOUNG VILLA SIDE AT DONKEY LANE 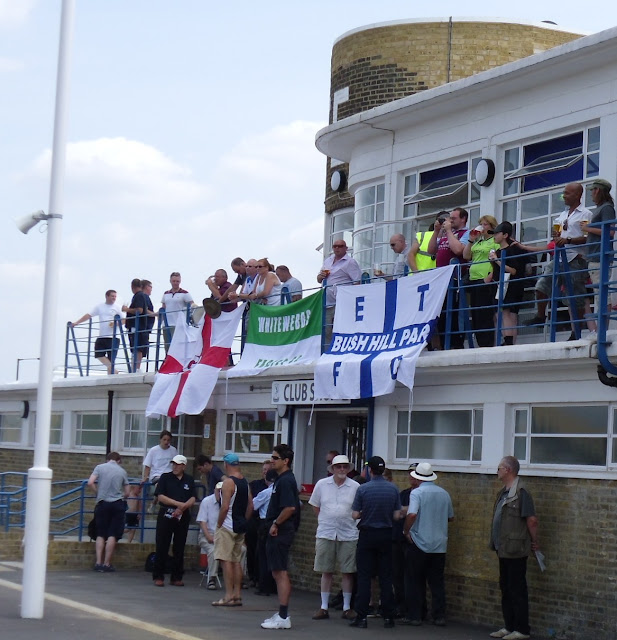 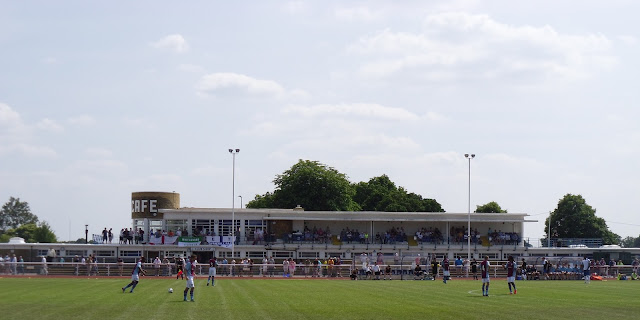 There were lots of positives to draw from Enfield Town's first pre-season friendly against the impressive Aston Villa development side this afternoon at The Queen Elizabeth II Stadium. Villa's young side scored two late goals to win the game which was played in very hot conditions and high temperatures throughout. A decent crowd of 403 people attended which was great to see and the newly formed Enfield Ultras made noise all through the 90 minutes including a round of applause for Stiliyan Petrov on 19 minutes. The Villa legend (now assisting Gordon Cowans with the coaching of the side) gave the Town army a wave when requested which was great to see. 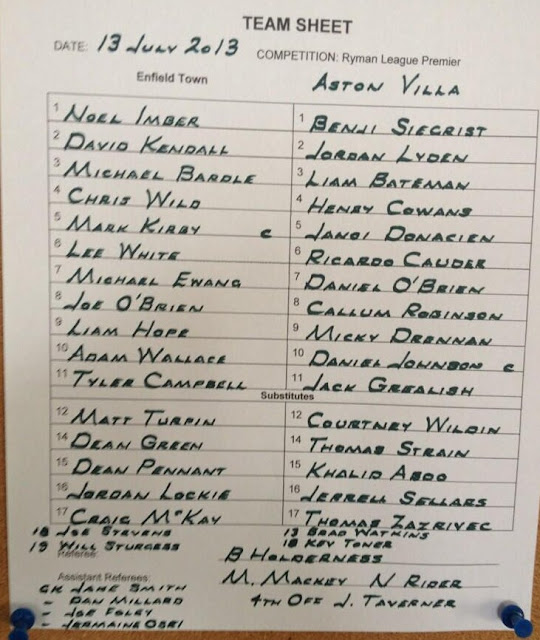 The only new face Town included in their starting line-up was centre back Chris Wild who has returned to the club after a number of seasons with Billericay Town. Wild is a very welcome addition to Steve Newing's squad and he showed what a valuable player he will be this season both at the back and causing ariel danger in the box with Mark Kirby from set pieces. Kirbs, who is lovingly mocked by many opposing supporters for his love of pies and being a big lad, looks fitter than he has ever been and certainly has been working hard during the summer months. Maybe THAT Wingate and Finchley fan may be quiet now when we play them next. Well done Kirbs!

On the bench Town included a number of players who haven't played for Town before. They included Matt Turpin (ex of Redbridge, Hertford Town and Ware amongst others), Dan Millard (midfielder who has been on the books at Crawley Town as a youth team player) and Jermaine Osei (winger/forward who put in a number of impressive performances with Enfield 1893 FC last season). 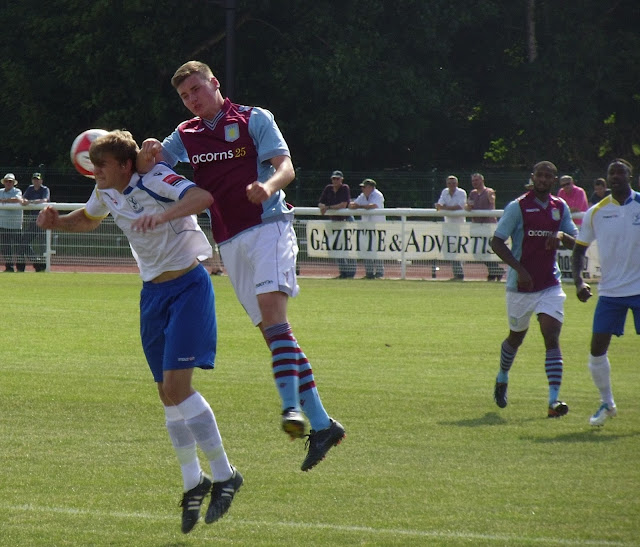 Villa's side had a number of impressive players with one standing out for me in Jack Grealish.The midfielder looks a real promising talent with a great touch, fantastic close control and skill when running with the ball. There was no surprise for me when I read he is a Republic of Ireland youth international and has been on the bench once for the Villa first team when he was only 16.
Grealish had a hand in both goals with the first coming from his looping shot from outside of the box which rattled the cross bar into the path of Daniel Johnson who passed the ball into the net. Johnson, who has played for Yeovil Town on loan and also been on the bench for the first team in the Premier League, was another who looks a very good player in the centre of midfield/attack.

Villa's second goal came from another Grealish run from the halfway line which resulted in a shot from Jerrell Sellars being initially well blocked by Jake Smith. Town's substitute goalkeeper was unlucky when the ball bounced up and span (just) into the net via the post.

Villa also included their regular under 21 goalkeeper Benji Siegrist and striker Callum Robinson who is a regular in Villa's youth team and also an England youth international which shows what a strong side they sent so to lose 0-2 is no shame whatsoever. The game was finely poised at 0-0 when Steve Newing changed the line-up after about 60 minutes.

SOME MATCH HIGHLIGHTS ARE BELOW