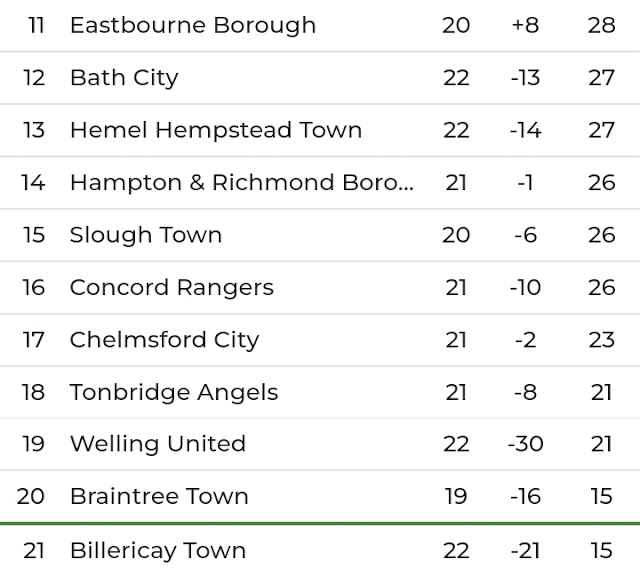 Billericay Town are still bottom of the Vanarama South Division with just three wins in their twenty-two games played so far. Could they be about to move out of the drop zone? In their last six league games things have improved with four draws, a win and just one defeat. Draws came against Maidstone United (2nd), Concord Rangers (16th), Ebbsfleet United (3rd) and Havant & Waterlooville (10th) with the win coming against Oxford City (4th) - they are unbeaten in five games!
The Blues travel to Slough Town tomorrow night and will be looking to add to their win's total. Shaq Coulthirst has been in good scoring form for the Essex club with former Tottenham Hotspur player netting three times in their last three games. The 27 year old has made 178 football league appearances for Leyton Orient, Torquay United, Southend United, York City, Wigan Athletic, Peterborough United, Mansfield Town and Barnet.
They then host table topper's Dorking Wanderers on Saturday - Could they spring a surprise? 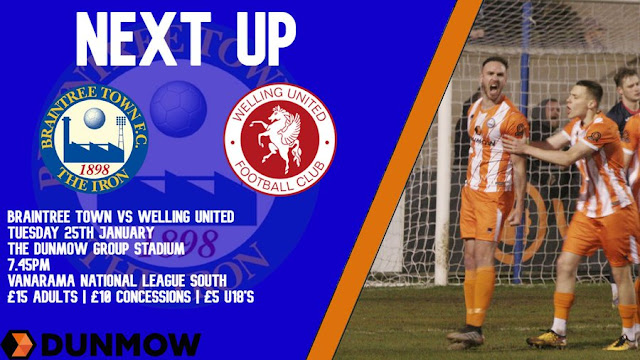 There is huge game tomorrow evening at Cressing Road as Braintree Town welcome Welling United - There are six points between The Wings in 19th and The Iron in 20th so I'd say it's a must win game for the home side who recorded a good 2-4 win at Hampton & Richmond Borough in their last game played.
Welling United, under the management of Peter Taylor, have just two wins in their last ten league games with one draw and seven defeats. 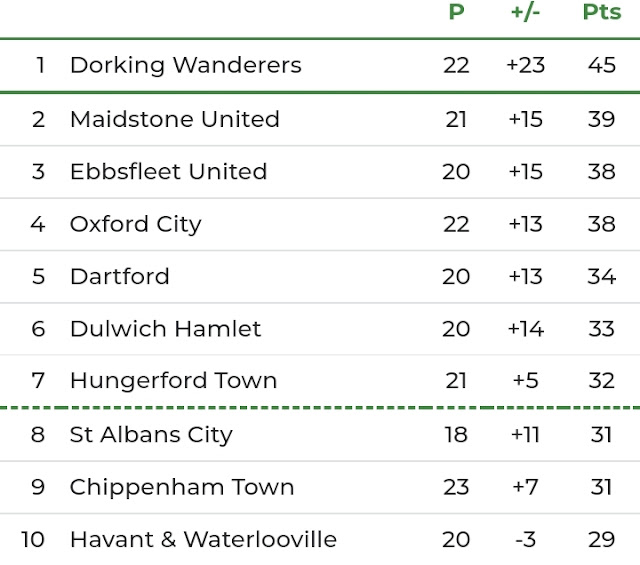