Hashtag United have announced the following pre-season friendly games in preparation for their first season playing football in the Isthmian League at Step Four of the non-league ladder. They start with a game against landlord's Bowers and Pitsea. They are also scheduled to travel to Jersey to take part in a four team tournament with Jersey Bulls, FC United of Manchester and Cray Wanderers on Saturday 10th and Sunday 11th July.  Jersey Bulls have confirmed the competition will take place with fans welcome as long as long as certain conditions are met which are detailed on the Government of Jersey website. 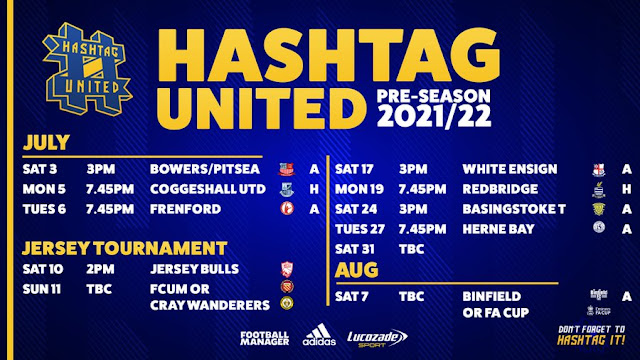