It was double celebration for Hatfield Town yesterday as their first team and reserves both won their respective games. 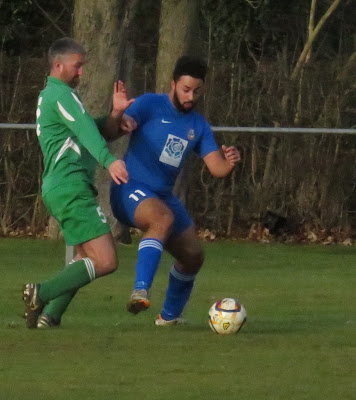 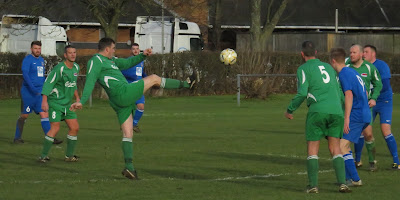 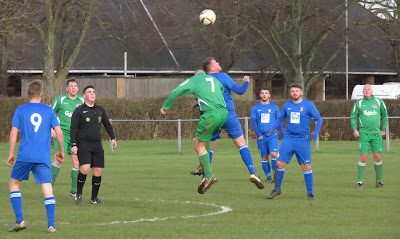 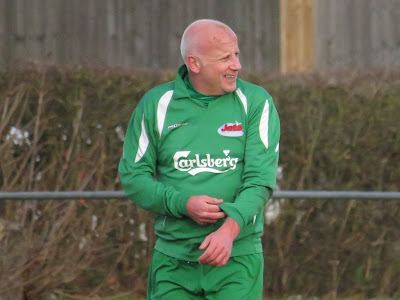 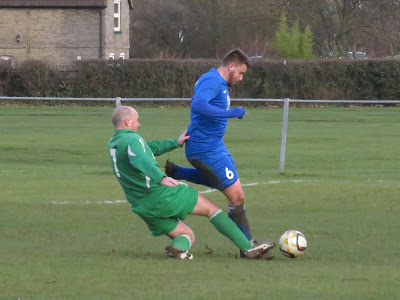 Hatfield Reserves are having a good season in the Herts Senior County League Reserve & Development Division 1 currently placed in second position played Oxhey Jets Vets in the Gregg Cup with a 1.30pm kick off at Birchwood Leisure Centre allowing me to see the first half before making the short journey to The Gosling Stadium to watch the first team versus Hillingdon Borough.

Oxhey are also having a decent campaign currently in third position in the R&D Division 2 - they were 1-2 up when I left on a chilly Hertfordshire afternoon. The score ended 5-3 and sees Hatfield through to the Second Round where they face the winners of the Knebworth Reserves v Buntingford Town Reserves game yet to be played. Below are the first three goals scored in the game -

Kevin Pearman's first team welcomed struggling Hillingdon Borough to The Gosling Stadium who had only won one of their sixteen league games played so far prior to kick off. This came way back on Tuesday 15th August when they won 1-3 at Rayners Lane. 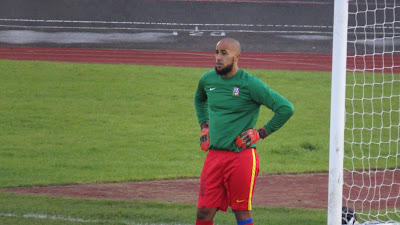 HILLINGDON'S KEEPER WAS BRILLIANT. HE CALLED FOR THE REF TO STOP PLAY WHEN ONE OF THE HATFIELD PLAYERS WAS DOWN INJURED. HE ALSO ENCOURAGED HIS TEAM THROUGHOUT THE GAME - HE IS PICTURED HERE WEARING A HATFIELD TOP LOANED TO HIM BY THE HOME SIDE.

Despite being stuck at the bottom of the table they started really well and were the better side in the opening twenty minutes or so. From what I saw they have some really good young players in their side and some good results will come over the forthcoming months with a little bit of luck and some hard work on the training pitch. 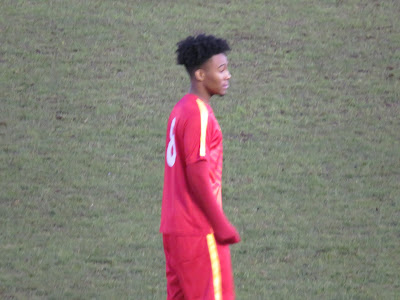 Rhys Springer-Downes playing on the right wing stood out for me. He was released from Championship side Queens Park Rangers over the summer where he played in the academy under 18 side managed/coached by Paul Furlong. He is listed as a right back/defender - I think with the right attitude and commitment he could play at a higher level of football. He has a good touch and can take players on. He is definitely a player to watch out for.

They were 0-1 up early on when a header from a corner came back off the post and was poked home through a bunch of Hatfield defenders on the line. They had chances to make it 0-2 but it was Hatfield who struck back with three goals prior to half time to make it 3-1.

Hillingdon can be somewhat aggrieved by the third goal as the free kick given where Hatfield scored from seemed to be a great tackle - the replay is from 8m 40secs. 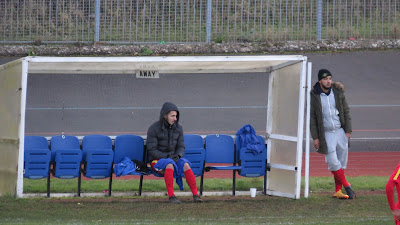 The home side had chances to make an entertaining game safe but full credit must go to the visitors who never gave up making it 2-3 with a great effort from outside of the box about ten minutes before full time. They were unlucky not to make it 3-3 right on full time when a free kick rattled the post.

My Man of the match goes to former Hertford Town, Hoddesdon Town and Enfield Town midfielder Phil Lowen who was brilliant in midfield for Hatfield Town.

After the game Hatfield boss Kevin Pearman said "I thought we were very lucky to still be in the match when we got our goals . Hillingdon ran us ragged early on but we played well for fifteen minutes at end of the first half. The second half we done okay early on and created chances. Once we let the second in we rode our luck till the end. Hillingdon never gave up and can consider themselves unlucky not to get something from the game. Phil Lowen is an amazing player. Some of his ball control under pressure and on a frozen pitch was a pleasure to watch"


You have to go back to April 2015 when Hatfield Town last won three league games in a row when then Manager Ashley Purser's team beat London Lions (2-1), Langford (5-0) and Risborough Rangers (2-1) in The Blue Boy's most succesful season of recent times when they finished fourth in the Spartan South Midlands League Division One.

Both clubs are in need of some support from their local communities. Hillingdon Borough had pulled out of the league last January only for Everton winger Yannick Bolasie to step in and help out his former side. Why not get down to The Middlesex Stadium or The Gosling Stadium to watch them play and cheer them on.

There next two games couldn't be tougher. They face a local derby at home to Broadfields United next weekend with table topping and currently unbeaten in the league Southall visiting on Saturday 23rd December.

The Blue Boys have a break now until Saturday 23rd December when they make the short trip to Codicote. It would be great to see a three figure crowd at this local derby game - The Cod Army had 48 at their last home game versus St Neots Town Reserves.