THE MAGIC OF THE CUP - THE CITIZENS SHOCK WALTHAM ABBEY 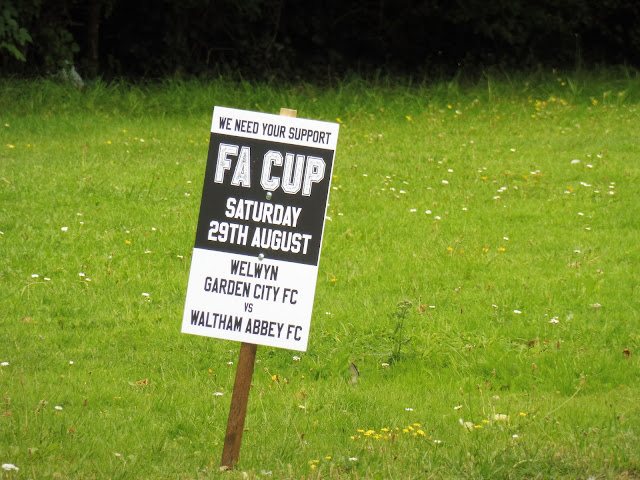 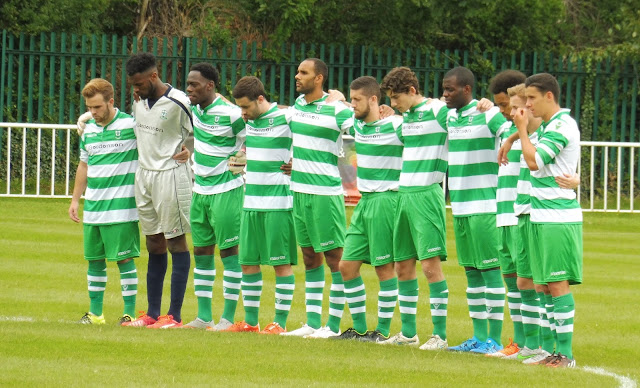 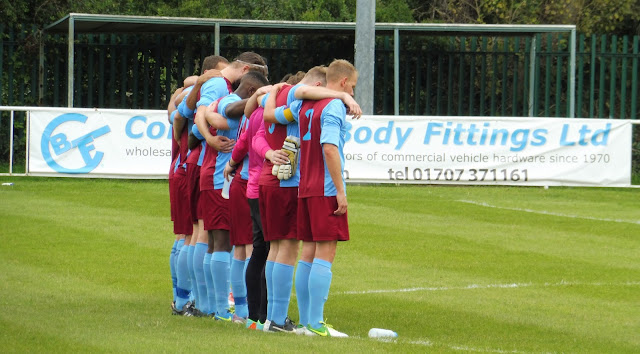 The pre match team talk of any manager playing away from home at a lower level club in a cup competition be it be in the top echelons of world football down to the Sunday morning game will nearly always go along the lines of  "Don't concede in the opening 20 minutes or so and settle into the game". I reckon this may have applied on Saturday especially if you look at The Abbots league record compared to their opponents Welwyn Garden City whom had made a brilliant start to their season barring a heavy defeat against London Colney who are by many considered one of the favourites for the title.

It couldn't of got any better for Adam Fisher's side as in the opening seconds Ashley Kersey chased down Elliott Johnson who dwelt on the ball in front of goal allowing the Welywyn forward to slot home past ex Enfield Town keeper Anthony Page. The Citizens were well on top with Kersey and Dave Parkinson (aka Bulett) working the Abbott's back line with some silky and impressive skill on the ball. 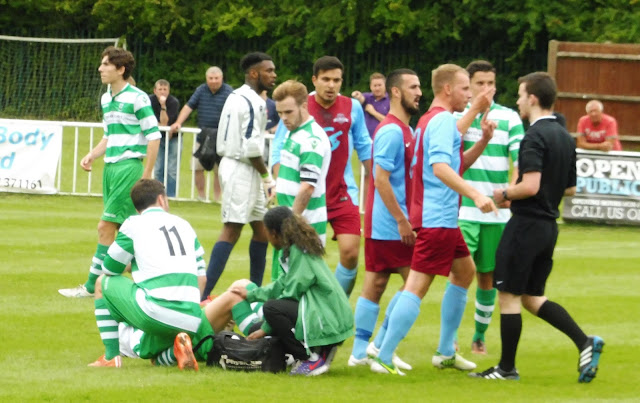 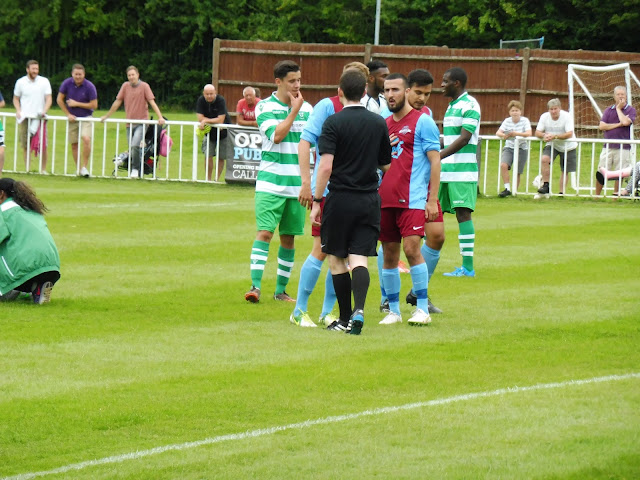 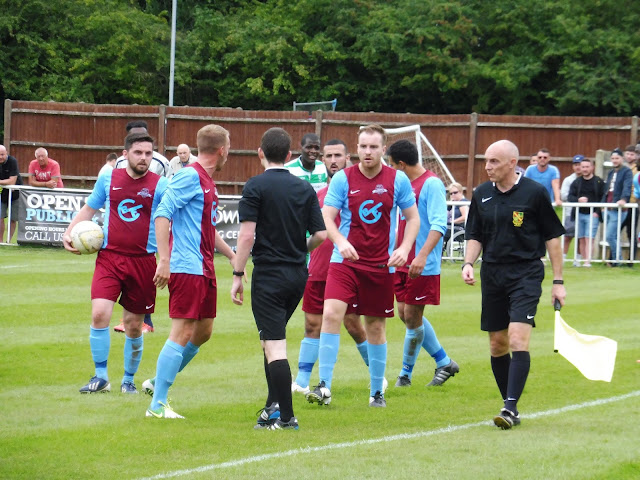 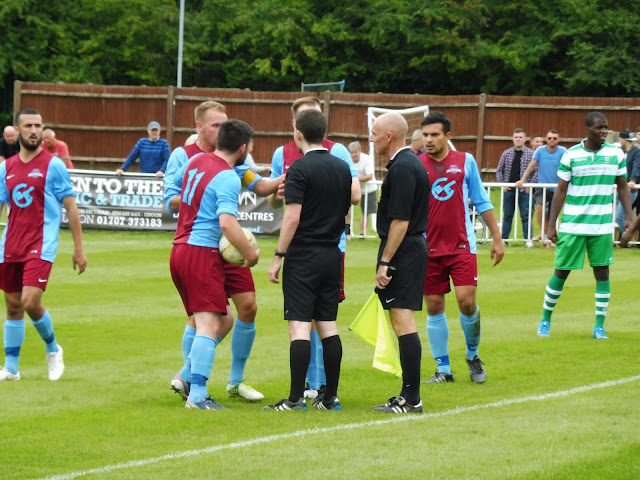 The game changed on 18 minutes in what was thought by some to be somewhat controversial fashion when Yasin Boodhoo was shown a red card for what the referee deemed a reckless challenge. I was filming the game and only got a few seconds of the incident as initially I thought it was a fair challenge and stopped filming. The referee brandished a red card to reduce the home side to 10 men to the shock of Welwyn 's players, supporters and management.  It's a difficult one to judge looking a the replay - ten to fifteen years ago it may have been a fantastic tackle that won the ball but now in modern day football I think the referee saw studs up and despite there obviously being no malice in the challenge he rated it to be dangerous. There were arguments for and against in the crowd from both sets of supporters and it was a real talking point -See from 2mins on the video to see what you think.

With a one man advantage Abbey's play changed almost instantly from struggling to cope with The Citizens forward play to going forward at pace themselves.  A corner was swung in and from a header the ball looked to be heading towards the net but Joe Croft, The Citizens keeper, managed to get a hand to the ball to make a absolutely superb save. How the ball didn't go in in the ensuing scramble is down to the FA Cup gods and Juan Cifuentes clearance/block off the line.

The second half saw more skill and speed from Bullett...at one stage he drew roars of appreciation from the home bench when his run around at least three Abbey players into the box "Keep going mate....that 5 is terrified of you bullett" was the encouragement from the home coaching staff.
Abbey pushed for an equaliser but some determined defending and great goal keeping from Croft kept them at bay. Welwyn had the best chance of the half when Kersey's far post header back across goal was cleared off the line by Johnson with Parkinson closing in.
MATCH HIGHLIGHTS
The final whistle saw much celebration as Welwyn celebrating their shock result in beating a team from Step 4 of the non-league ladder.  Their reward for the result is a home tie against the winners of the midweek replay between St Ives Town and Norwich United in the next round.