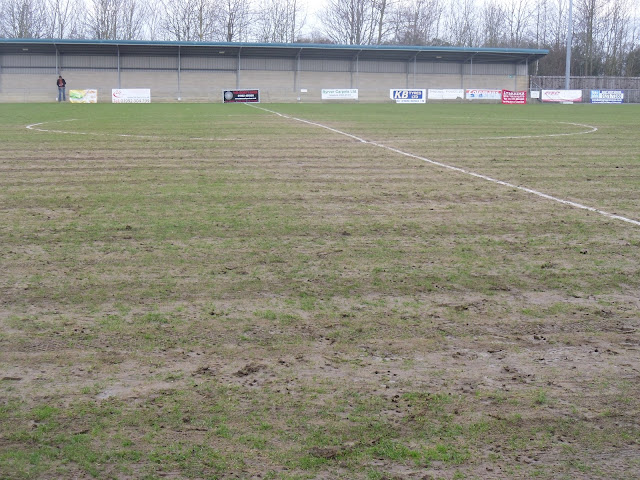 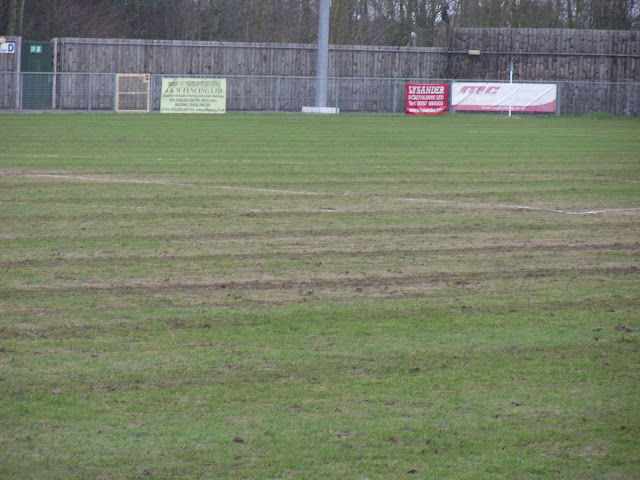 To coin a cliche it really was a 'game of two halves' at Wodson Park yesterday. The home side were highly committed and worked hard putting the pressure on whenever they were without the ball but Town still controlled much of the first half and could arguably of been at least 0-5 up at half time.

Ware started with Murat Karagul and the well travelled Jamie Richards (making his debut) up front and both done their best to cause problems to the Town back line. Whenever the ball was lost Ware manager Stuart Nethercott bellowed 'PRESSURE!!! PRESSURE!! HASSLE!!!' from the sidelines. The ex Millwall and Totthenham Hotspur centre-back must have one of the loudest voices in the Ryman League.

On a difficult surface which has seen better days It was Town who had the majority of chances in the first half with Adam Wallace rounding the Ware keeper Rhys Madden and was very unlucky in hitting the outside of the post from a narrow angle. There then was a goalmouth scramble were Madden made a superb close range save before, after the resulting corner kick, Mark Kirby struck a decent shot from the edge of the box which made it 0-1. 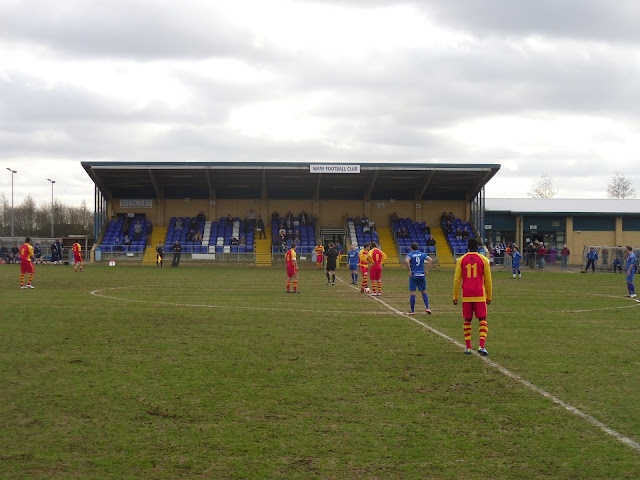 It was 0-2 when Leon Osei chased down a back pass and was able to get past Madden to pass the ball into the net. This goal was not captured on camera.

HOW THEY LINED UP?? 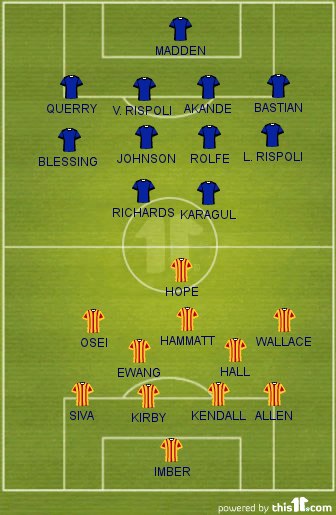 Town made it 0-3 right on half time when Adam Wallace got the ball from close range across the goal line only for Ware defender Tom Querry, in attempting to clear the ball, to roof it into his own net.

The second half was a different story as Ware showed some real determination as Town appeared to go to sleep and didn't really create any goal scoring opportunities. The game didn't really seem to flow and it was the home side who were much the better side. 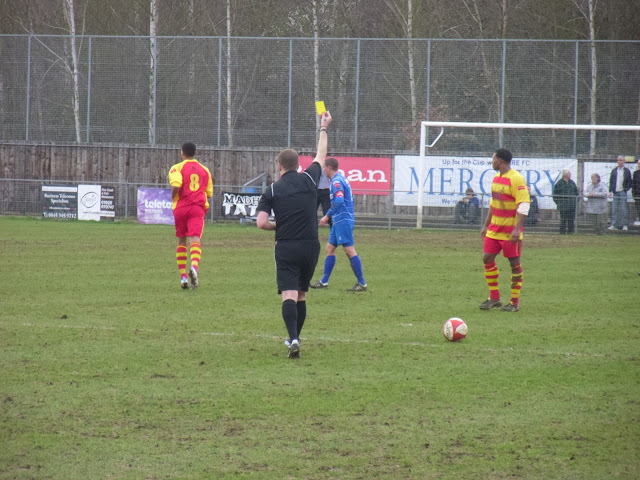 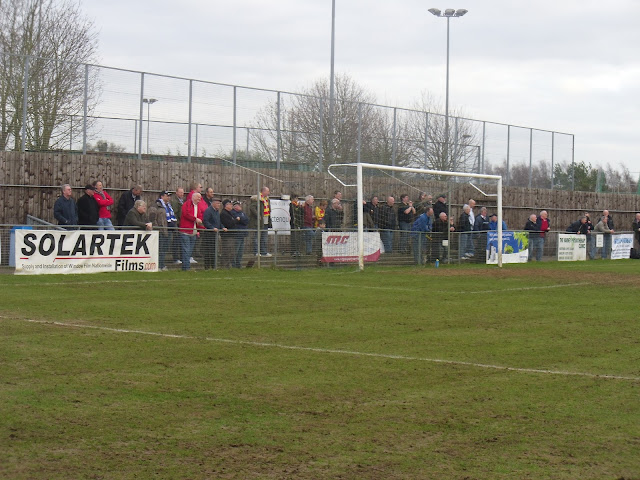 There was one talking point when Leon Osei (from 4mins 10secs on the video) crossed a ball at left hand edge of the box which Ware defender Michael Akande couldn't really get out of the way of. Akande was in the box and raised his hands but the replay shows he didn't handball it (in my opinion) or if he did it was very minimal. The referee gave a handball on the edge of the box for this incident. Should it of been a penalty? I think it would of been extremely harsh if a spot kick had been given. 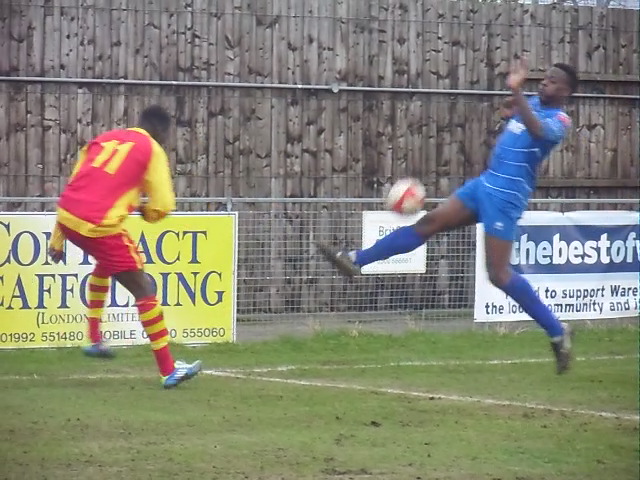 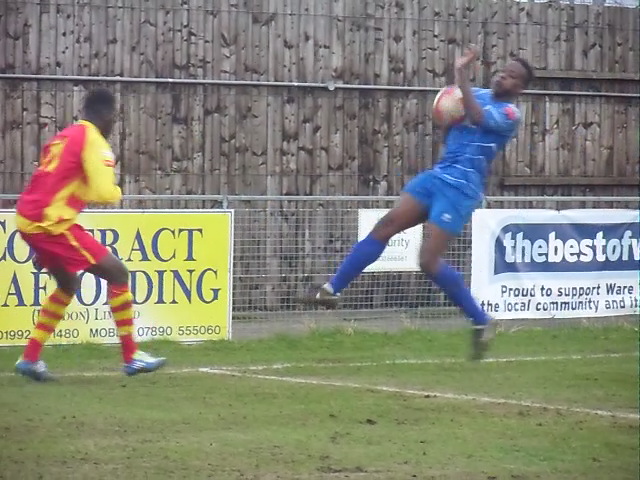 ﻿
﻿Ware made it 1-3 through Jamie Richards (79 mins) and then 2-3 through substitute Jon Shiels (87 mins) to make what should of been an easy victory into a nervous five minutes of injury time as Town hung on for the all important three points. It was so nearly a mirror of the game between the two local rivals just over two years ago when on a cold Tuesday 9th February 2010 evening Town came back to 3-3 after being 3-0 down to Ware at half time.

The Cold End thinks if Ware show this amount of commitment and work rate (especially from their second half showing) in their final games combining it with being meaner in defence they will win more games to save them from finishing in the bottom two. What is refreshing is to see Stuart Nethercott on the sidelines firmly committed to his side despite only winning four league games out of thirty-three this season. 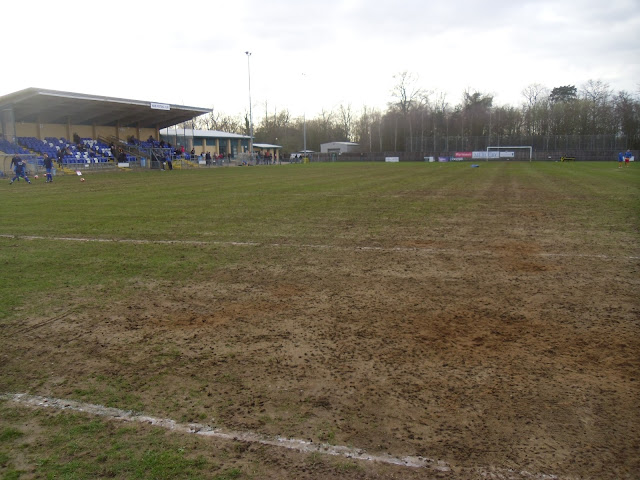 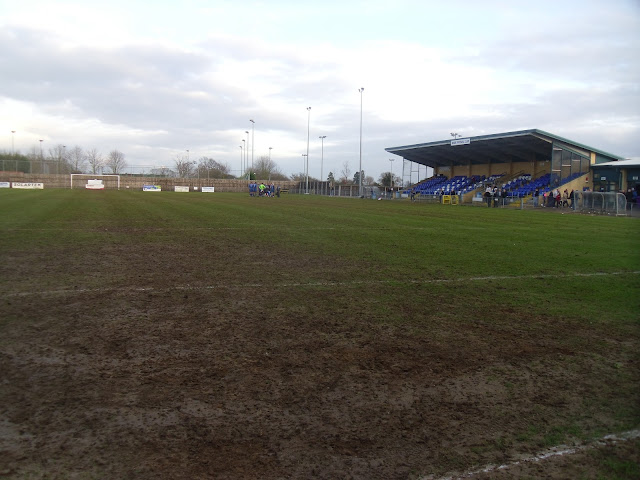 It's as you were at the top of the table as Leiston continue winning with a 4-0 win at home to Chatham Town and Needham Market impressively coming from 0-1 down at half time to beat Harlow Town 3-1. 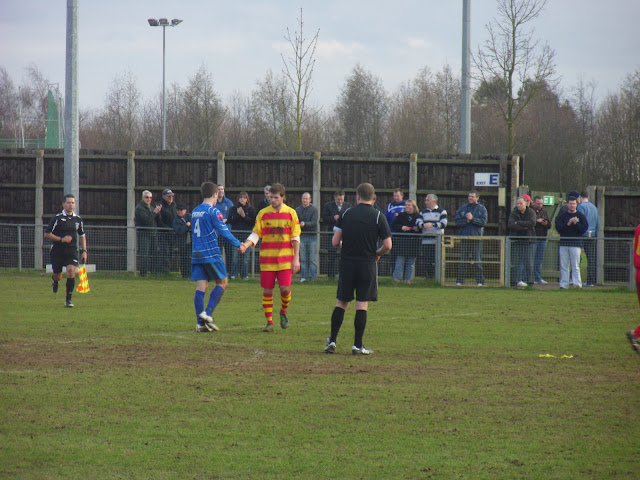 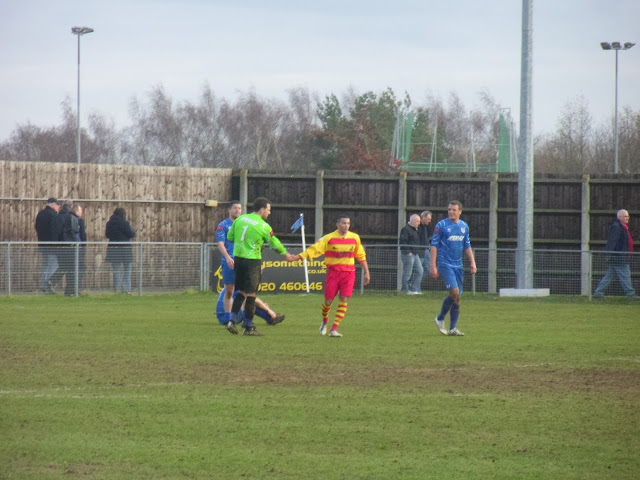