THE MOTORMEN OUT-FOXED IN LOCAL DERBY

Many football games across the Capital and surrounding counties were called off on Tuesday due to the ice cold conditions that had kept pitches frozen throughout the day but the supporters of Redbridge and Ilford and those who attended the game at Oakside were lucky as the referee, Mr C O’Donnell, passed the surface as safe and playable.

As I entered the ground, at around 7.20pm, the prospects of the game kicking off didn’t look good as a white sprinkling of frost lay on top of the pitch with the surface looking rock solid in parts.  As it stands it was the correct decision to play the game as this must be one of the only winter evening games I have ever seen where the temperature actually rose during the game.  It was still cold though!!

Both Ilford and Redbridge’s grounds fall within The London Borough of Redbridge with only a few miles separating Cricklefield Stadium in Seven Kings and Oakside in Barkingside so this really was a true local derby. Some fans on Twitter nicknamed it the ‘169 derby’ after the London Bus which runs from Ilford to Barkingside. The game was a decent one with Redbridge in control for the majority of the first half but unable to convert a number of good chances up until the 43rd minute when they took the lead from the penalty spot via Ben Bradbury. Robb Budd, in the Ilford goal, made two highly impressive saves to keep his side in the game.

The second half was totally different as Ilford were much the better side belying their status at the bottom of the Ryman Division One (North) table.  Both goals the foxes scored were very good. Rob Carter glanced home a cross from the left hand side following a defence splitting pass from midfielder Jan Skonieski.  Former Redbridge player Jonathan Glowacki then came back to haunt his old club as he scored the second goal to crown a fantastic come back from Ilford. Glowacki, who had been with The Motormen prior to Christmas, struck with a looping chip from outside of the penalty area.

The win puts Ilford on 11 points just 3 away from twentieth placed Great Wakering Rovers who they travel to tomorrow in a massive relegation six pointer game. 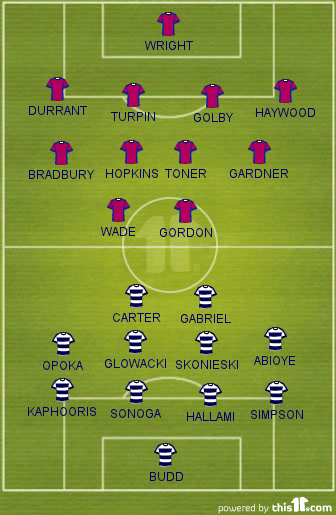