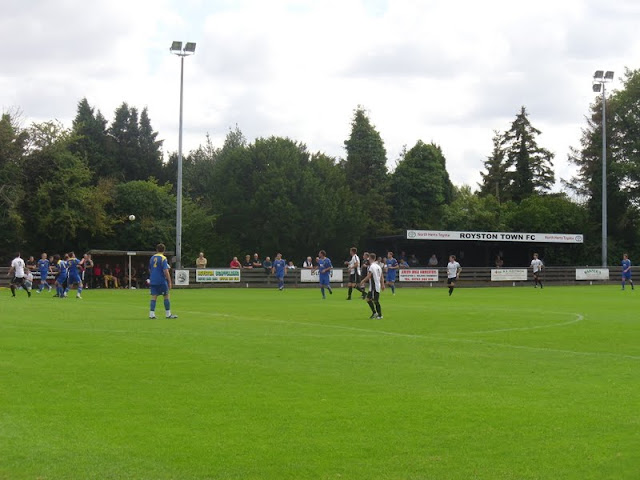 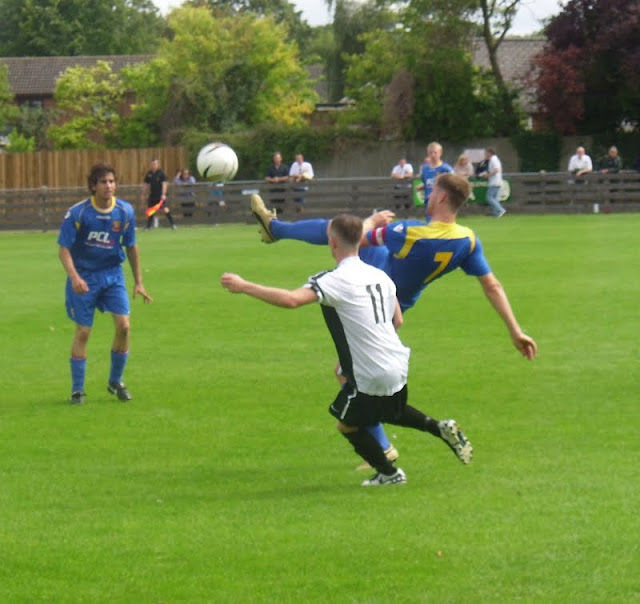 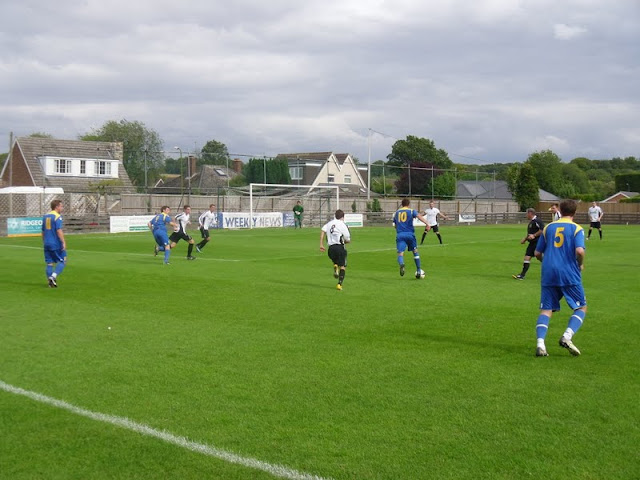 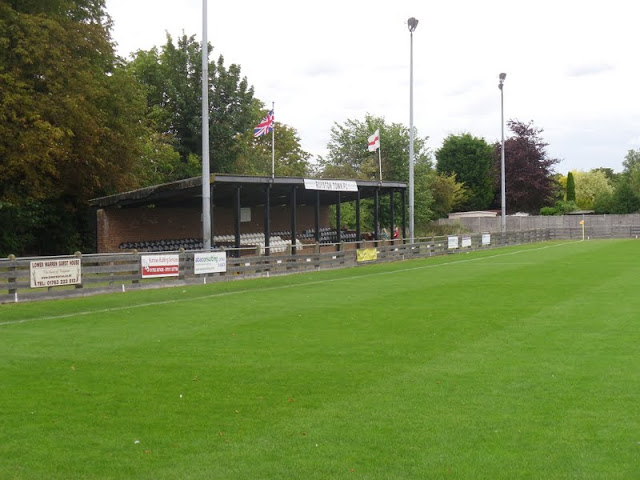 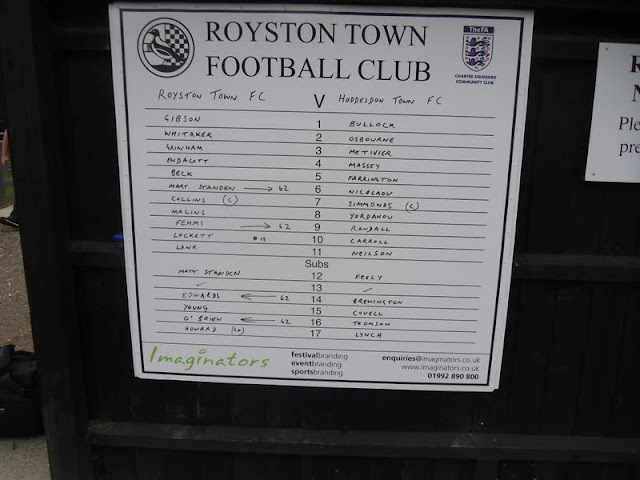 A Spartan South Midlands League derby took place yesterday between Premier Division Royston Town and Division One Hoddesdon Town in the Hertfordshire FA Charity Shield. Both teams are expected to be up the top end of the their respective league tables at the business end of the season so this was an interesting game for the good crowd of 123 supporters who watched at Garden Walk.

Royston Town played some really good football going forward in the first half and should really have put the game out of reach of Hoddy with numerous chances. They hit the post, bar and made sure Tom Bullock worked hard in the away goal with a number of good efforts on target. They also had a shout for a penalty kick which you'll see on the video. Hoddesdon only had one chance of note in the first period when a free kick from outside of the box was turned onto the post by Royston goalkeeper Jorden Gibson.

With the half time score 1-0 and Royston looking the better side I thought they would score another in the second half to see the game out but it wasn't to be as Hoddy came out and worked hard in defence in a game which became rather bad tempered at times.

Hoddesdon scored late on to make it 1-1 and then incredibly, with the game drifting towards injury time, scored another to shock the home side and go through to the next round of the competition.

From their first half performance the cold end thinks Royston Town will be right up the top of the Spartan South Midlands Premier Division table this season with Hoddesdon's battling hard working display in the second half giving them confidence for the start of the league season next weekend.