COCKFOSTERS BOW OUT OF THE FA CUP 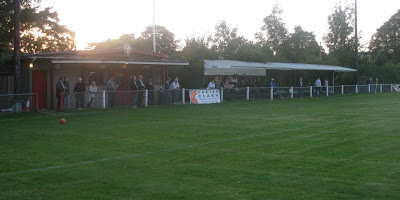 Cheshunt won the FA Cup replay played at a packed Chalk Lane between Spartan South Midlands Division One Cockfosters and Ryman North Cheshunt last night. Fosters, who had been 1-2 up in the first game at Theobalds Lane took the lead through Dave Pigden only for the constantly hard working Amber's forward Chris Meikle to equalise just prior to the break with a composed finish. Richard Ashie scored early in the second period to send Bob Dearie's side through to face Ryman Premier Hendon in the next round. 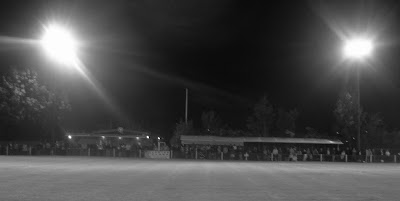 It wasn't a Chalk Lane cup classic but on the run of play Cheshunt deserved to be winners. Look out for an excellent save(best i've seen all season) from Foster's keeper Danny Curbelo in the highlights below.
at 17:56