NO GOALS AT HERTINGFORDBURY PARK 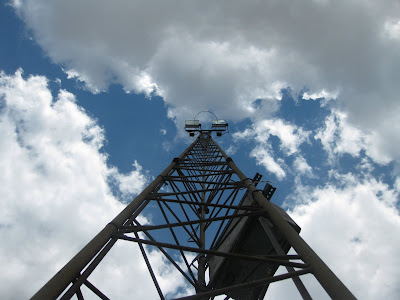 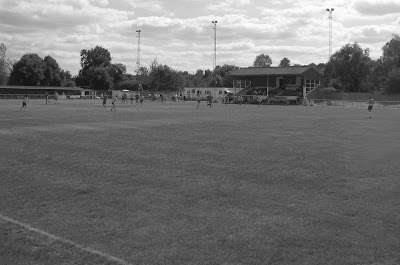 It was the Spartan South Midlands League versus the Ryman League this afternoon at Hertingfordbury Park as Hertford Town welcomed Waltham Abbey for a pre season friendly. 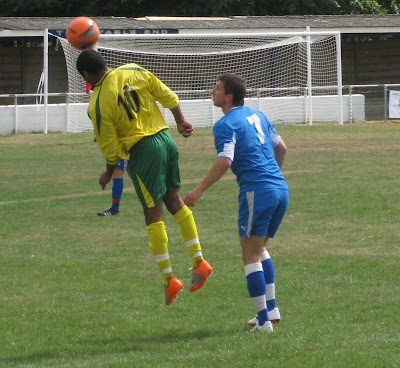 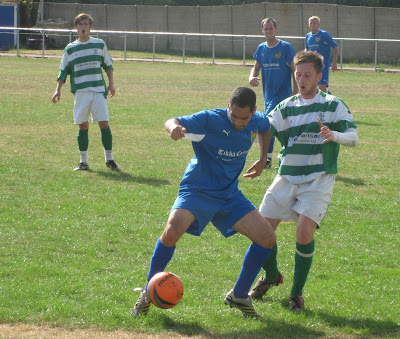 The first thing that struck the cold end when entering the ground was the condition of the pitch. It was very dry, bumpy and patchy all over. Hopefully for Hertford's players and supporters it'll be in a better state once the proper season kicks off. 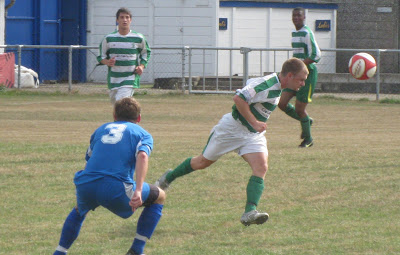 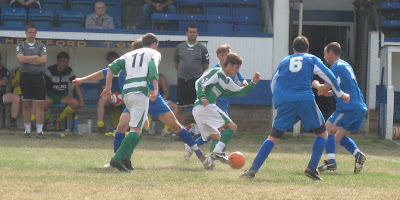 Today's game was one of few chances or goalmouth action. The best attempt at breaking the deadlock being from Abbey in the first ten minutes who drew a great save from the Hertford keeper with a shot from the edge of the six-yard box. Abbey had a few other half chances in the first period but nothing really to write home about. Hertford were poor going forward and didn't have a decent chance of note I can recall throughout the game. 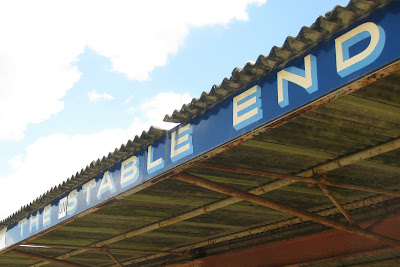 One of Hertingfordbury Park's End's is renamed. 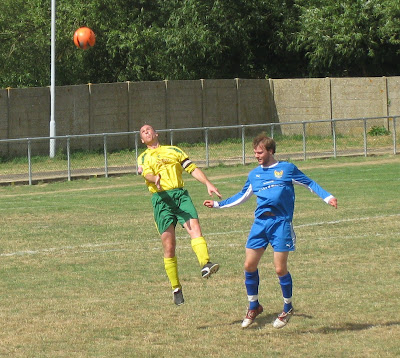 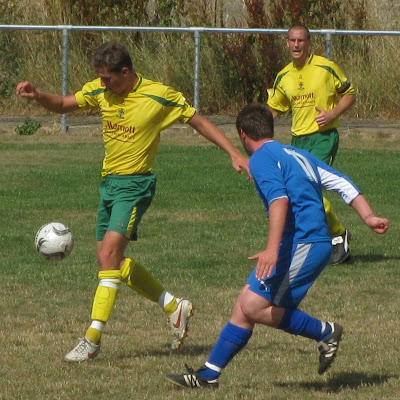 Abbey played in the their away kit of yellow in the first half and their home kit of white and green hoops in the second half. Being pre season there was substitutes-a-plenty at half time (Abbey didn't just change their kit but almost all of their team) and during the second half, with a few refreshment breaks as the Sun was beating down making it a rather pleasant day for the spectators who had gathered. The good weather and the pitch not being in the best states didn't make for the best conditions for Soccer. 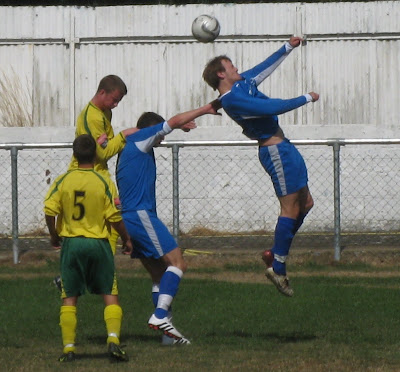 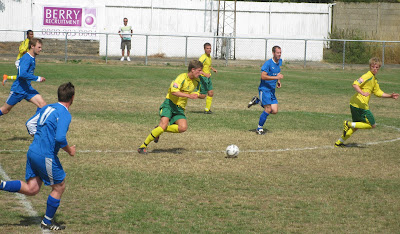 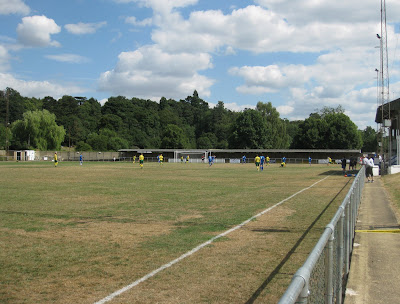 The two pictures above show the condition of the pitch didn't make for good football
So, the cold end can't really make judgement on the Waltham Abbey side who will play Enfield Town in the first game of the Ryman North season on the 21st August.

As with all pre season games it doesn't matter what happens until the real stuff gets underway. 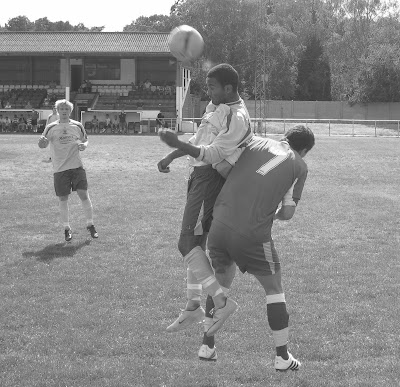 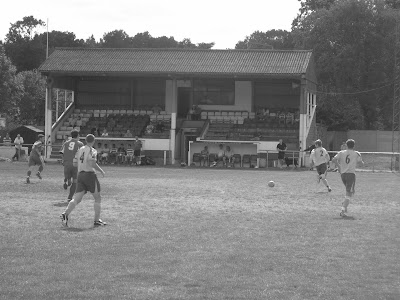 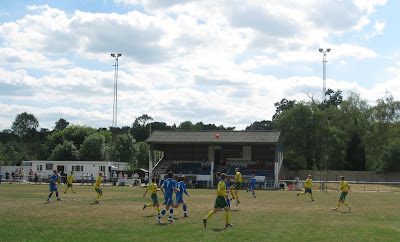 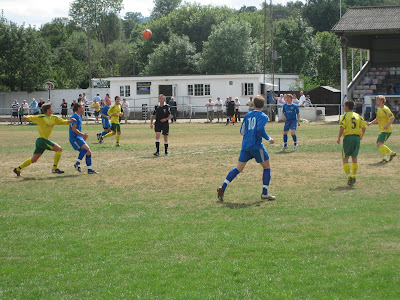