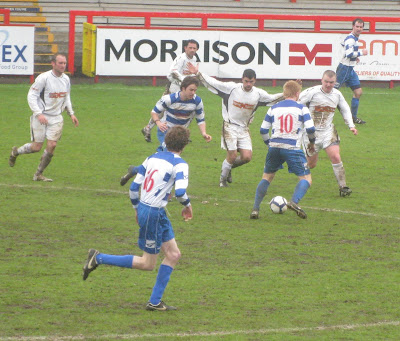 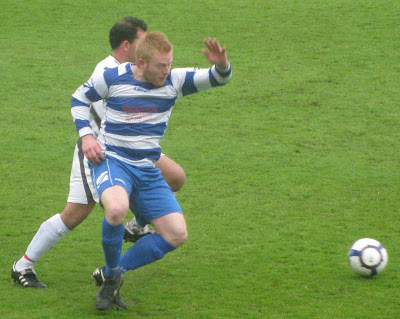 The players of Dun Cow Reserves and Highview served up a brilliant match this morning in the 'Comet Stevenage Sunday Football League Division One Cup Final' which was played at The Lamex Stadium aka Broadhall Way in Stevenage. 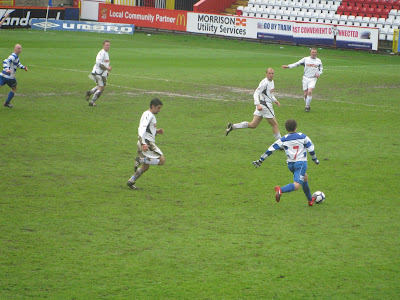 Dun Cow reserves went into the match as favourites having just been crowned Division One Champions with Highview in 5th place of 9 clubs in the league. Highview are the only club to take points off of Dun Cow in the league this season. 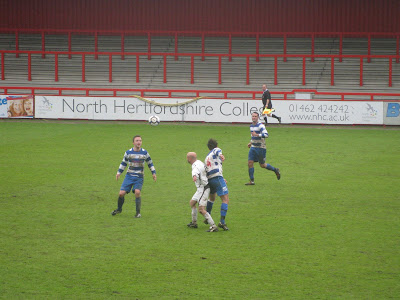 Dun Cow sprinted into a 3-0 lead within about twenty minutes from the start with their number 9 looking very lively up front against Adam Wombwell (who the cold end has seen turn out for Saturday side's Southill Alexander and Langford this season) in the Highview defence. Wombwell is described as Mr Highview in the programme. Apparently he has a Highview tattoo and bed sheets along with a little Highview mascot on the way too. There's commitment for you - Well done Adam! 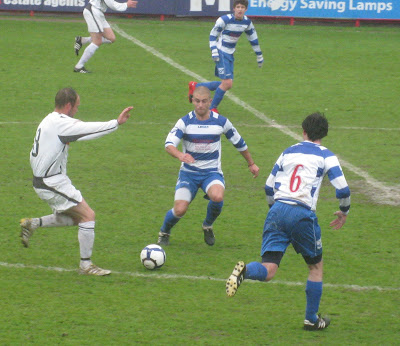 Both teams played some very nice and neat football along with some crunching but honest tackles and challenges - this was proper football - it wasn't just lump the long ball up field stuff some people may expect on a Sunday morning. 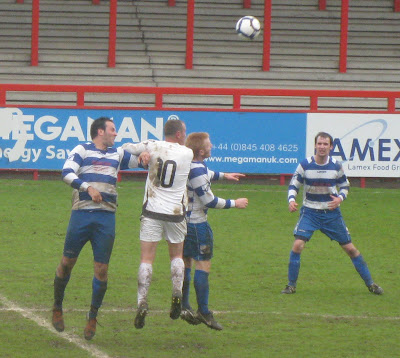 Gradually Highview got into the game and got a penalty to make it 1-3 at half time. The second half opened up into a great game as Highview made it 2-3 with Dun Cow having chances to make the game safe. In the end the 3 early goals Dun Cow got were enough to win the trophy as Highview unfortunately couldn't claw there way back to 3-3.

A really good and enjoyable match played in good spirit by both sides. Watch the highlights including all the goals below -
at 19:24