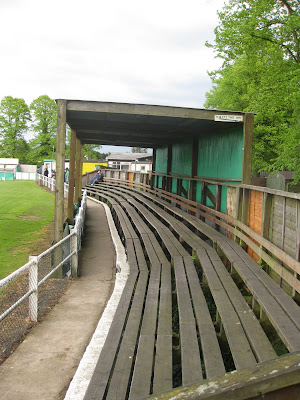 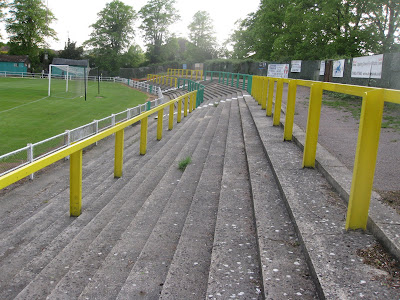 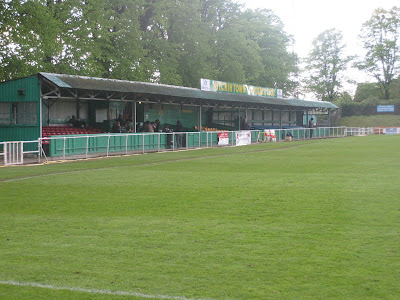 Above - Some views of Top Field fan's of the old Enfield FC will be familiar with.

The final of the George John Memorial Trophy was played on Sunday evening at Hitchin Town FC's Top Field ground. The Hitchin Sunday League competition was competed for by Premier Division Red Star (playing in yellow) and Division One Cannon Reserves (playing in red). Cannon's first team were holders of the Trophy from 2009. 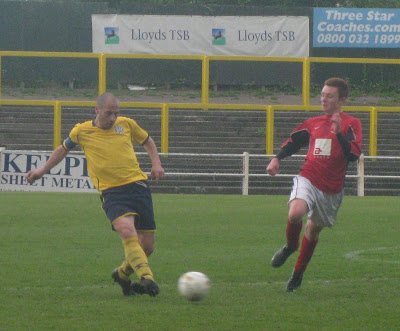 Red Star controlled the first half scoring in the third minute but then were unable to convert all the pressure they put Cannon under into any clear cut chances with one shot rising high over the bar from close range being the only other decent effort of the half.

Cannon equalised just after the break when a shot from a free kick outside the box could only be parried by the Red Star keeper allowing the grateful Cannon player to put the ball into the net.

Red Star then took control of the game making it 2-1 (just caught on camera) but were never were able to make the game look comfortable. The Cannon keeper made two good saves to keep his side in the game.

The Hitchin Sunday League issued a good 12 page programme for the match which was good to see.

Watch the highlights of the game below: