It was a day of celebration and jubilation for the Leyton players, management and the handful of supporters that made the trip to The South Mimms Travel Stadium today. A hard working determined and gritty performance from the East London side gave them their first victory in an amazing 24 matches. The 0-1 win was also their first clean sheet since the 7th October 2009. 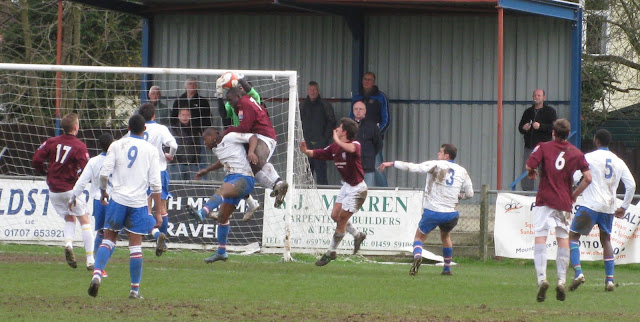 It could of been a different game if Potters Bar Town had been more clinical in their finishing in the first half with speedy winger Jordan Watson making a good run into the box from the right hand side only to see his cross across goal not met by anyone. Centre forward Chris Doyle also looked busy with a number of shots on target and a header at the near post from a cross from the right hand side which were easily saved by Okeowo. For all their dominance the Scholars never really worked Okeowo who when required to make a save looked very comfortable in doing so.

Early in the second half the Leyton management brought off forward Junior Bushari and replaced him with Charlie Hampshire who looked up for the game and good on the ball. The more the game went on the more Leyton grew in confidence causing the Scholars to get frustrated in not taking the lead. 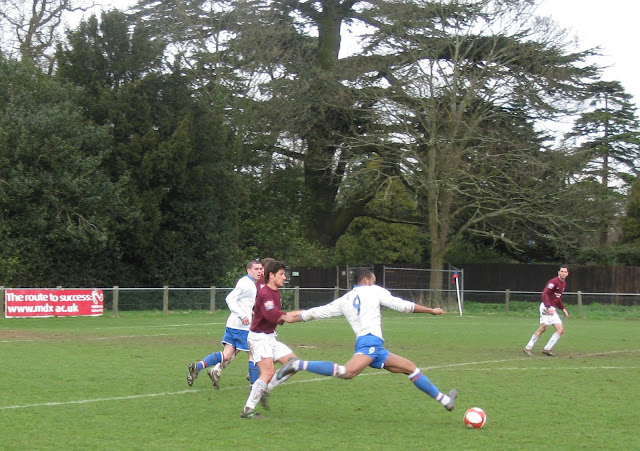 It was with about 20 minutes left Leyton broke the deadlock when a swift break up field saw Nathan Turner round the advancing Horton in the Scholar's goal to cross to substitute Hampshire who volleyed the ball home into the empty net to mass celebration from the Leyton bench. 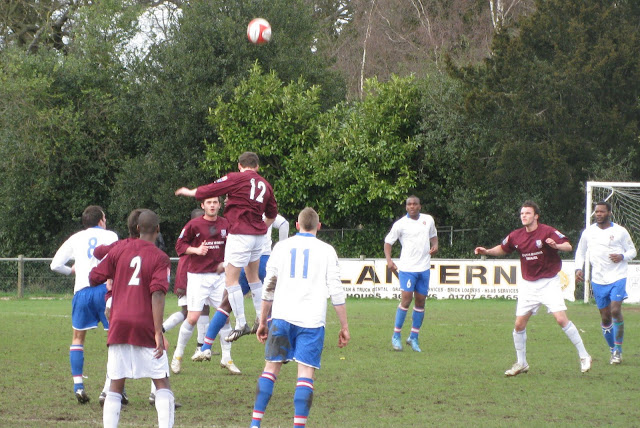 The home side's heads then noticably dropped and there was only one team in the game from then. Hampshire had another shot on target well saved by Horton and Adam Collins shooting just past the right hand post when beating the keeper.

All in all a well deserved victory for Leyton who rode their luck in the first half. If the Scholars had tested Okeowo more often with some shots on target the result may have been different. 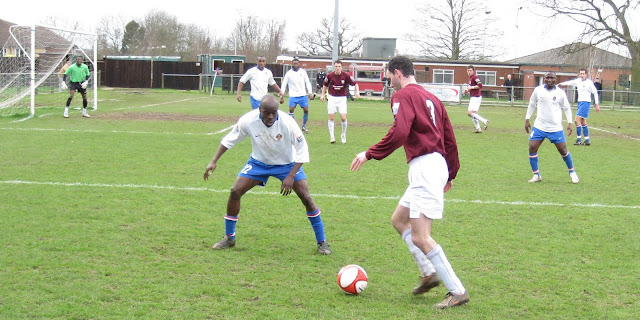 In the second half the Leyton centre-back pairing of Mo Habu and Uzo Abara played extremely well and worked hard to be first to the ball on most occasions which as stated clearly frustrated the home side. 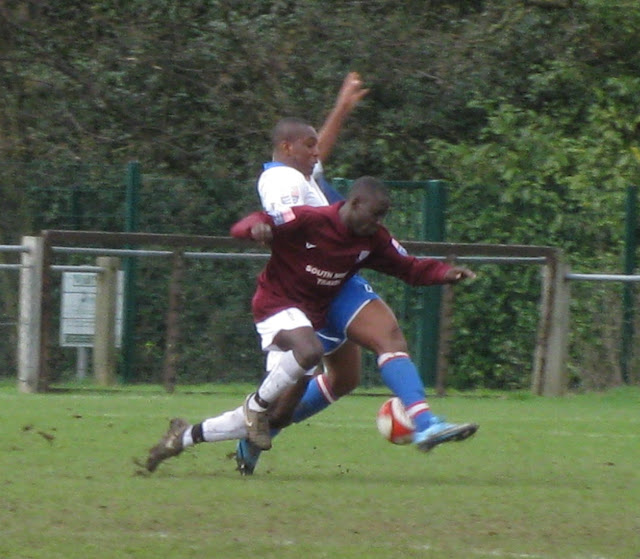 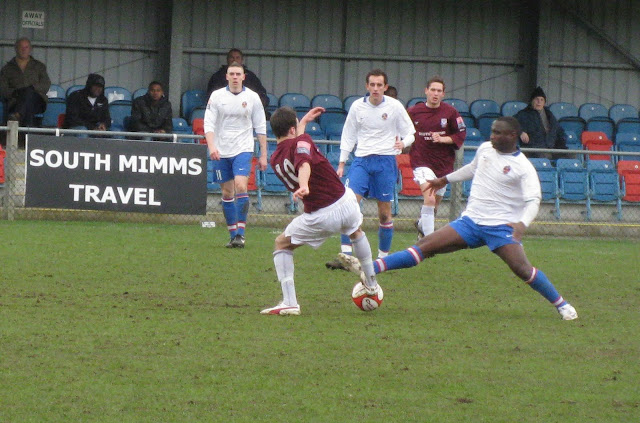 Although Leyton may not catch East London rivals Redbridge who have 4 games in hand in 20th place this victory puts them 11 points above bottom side Harlow Town with both sides having five games remaining. With rumours circulating only the bottom side will be relegated this season due to other clubs dropping down this win could have an all important say on which league Leyton and indeed Harlow Town will be playing in next season 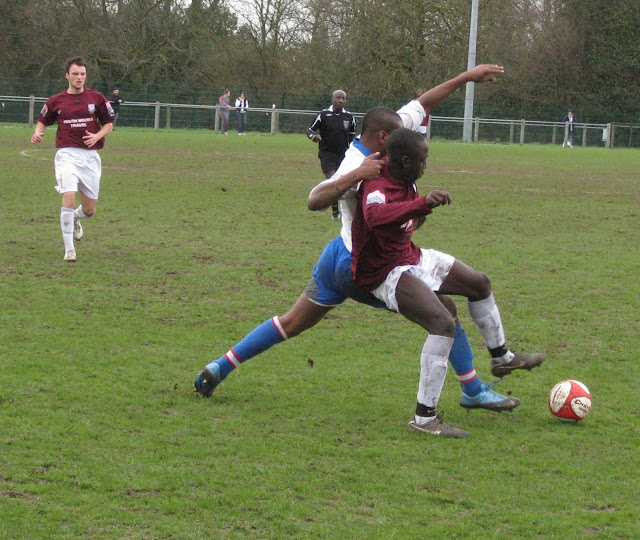 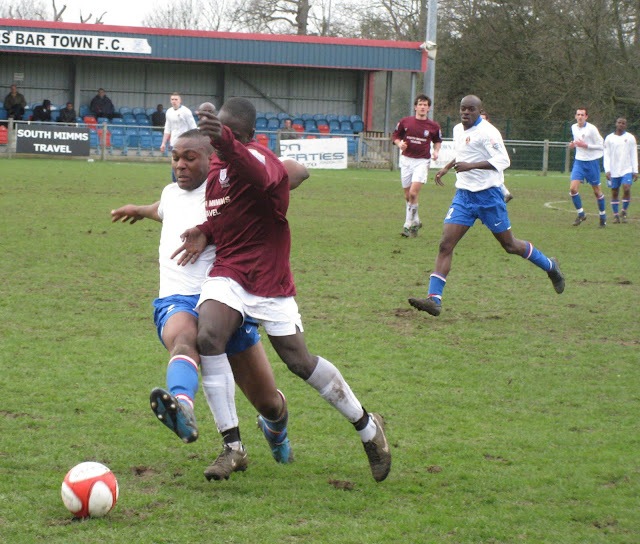 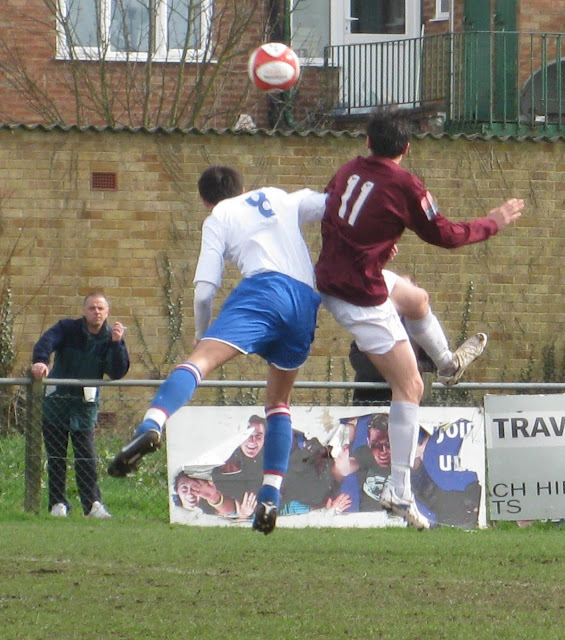