THE CITIZENS AND THE BOROUGH SHARE THE SPOILS AT HERNS WAY 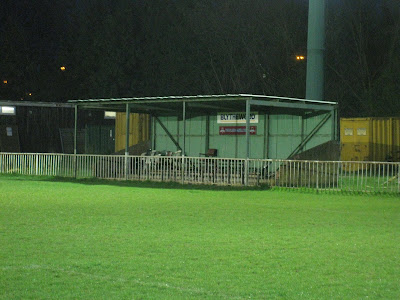 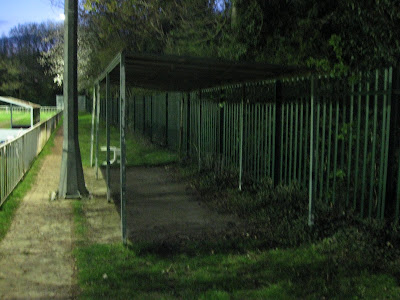 > A view of the Eileen Hazell Stand and the basic cover on the opposite side of Herns Way
Spartan South Midlands League Premier Division
Welwyn Garden City 1 Haringey Borough 1
A point each in a 1-1 draw tonight for bottom of the table WGC and 15th placed Haringey Borough. The first half was a very scrappy affair played on a very dry, dusty and bobbly pitch at Herns Way. A free kick from the away side which was easily and comfortably saved by WGC goalkeeper Paul Browne was the only real shot on target for both sides. David Boal playing on the left wing for ex Enfield FC manager Tom Loizou's side showed some good touches as did central midfielder Arian Maleknia. Loizou was missing top scorer Llloyd Opara who is out for the rest of the season with an injury and started with ex Harrow Borough player Dewayne Clarke and Mario Georgiou up front. WGC who despite being bottom have had one or two good results of late were unable to make Brian Sealey in the Borough goal make any save of note in the first period. Louis Lancaster in the centre of midfield for WGC looked very composed on the ball and showed he has a very good touch using his left foot on most occasions. Centre forward Sam Gomez showed he is a handful and has a good turn of pace but just couldn't get a decent chance in during the first 45 mniutes. 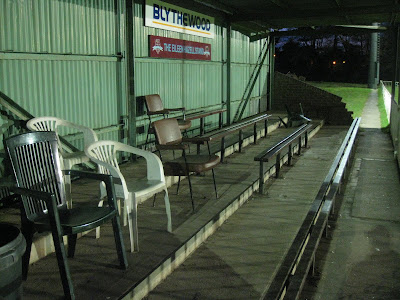 Haringey just about shaded a very poor first half but it was WGC who came out and played the better football in the first period of the second half. Luke Reid had a shot well wide of goal and Gomez an effort on target which was blocked by an away defender.
Josh Dance had come on for Dean Hutchinson in the centre of defence for the home side at half time and showed he possesses a mammoth throw to rival that of Rory Delap. The game was still a scrappy affair and there were no really decent chances until right at the end when it was Dance who unleashed one of his huge throws into the near-post from the right hand touchline. Brian Sealey in the away goal went for the ball but missed and through a crowd of opposing players the ball went in the net somehow, the official word is it was given as an Own Goal. Many of the 23 spectators who had gathered at Herns Way must have thought the game was going to frizzle out into a goal-less draw but it was 1-0 right on the 90 minute mark followed by another goal in added on time after the 90.
The Borough equalised after the impressive Boal was tripped in the box by a WGC defender. A clear penalty which could only be given by the referee. Mario Georgiou stepped up and scored the resulting spot kick to make it all square. 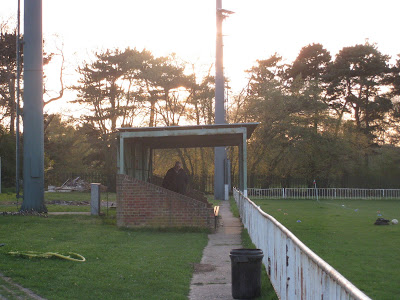